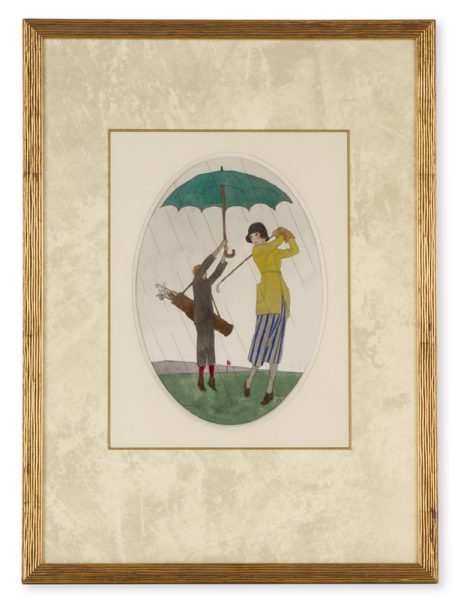 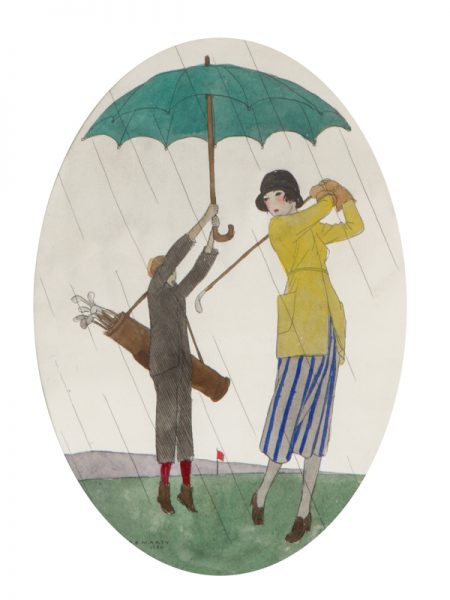 The French artist A.-E. Marty was a pioneer of the Art Déco style. Although principally a fashion illustrator whose work was published in such periodicals as Vogue, Harper’s Bazaar and Vanity Fair, he also illustrated books and designed advertisements and posters, most notably for the Ballets Russes. In 1925 he was appointed to the jury of the Exposition Internationale des Arts Décoratifs et Industriels Modernes, from which the Art Déco movement took its name.

This watercolour of a tall, elegant lady playing a golf shot in the rain while her caddy protects her with a large green umbrella is a superb example of Marty’s work. It was exhibited in the Marty retrospective staged in 1976 at the Galerie du Luxembourg, Paris, and featured in the exhibition catalogue (A.-E. Marty 1882-1974, no. 10).