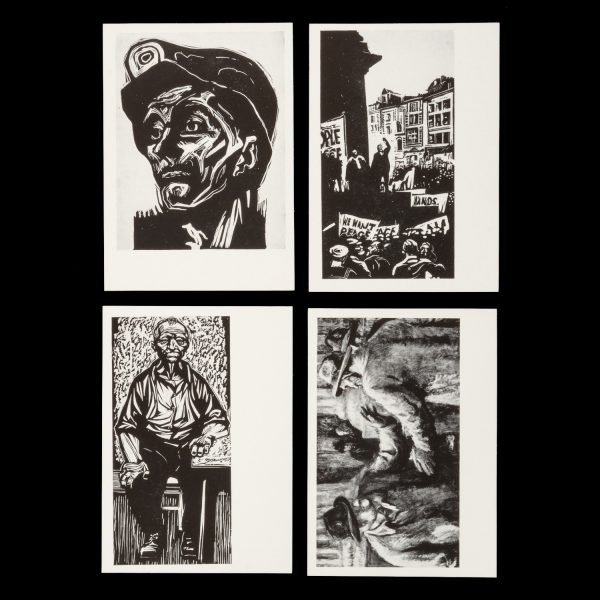 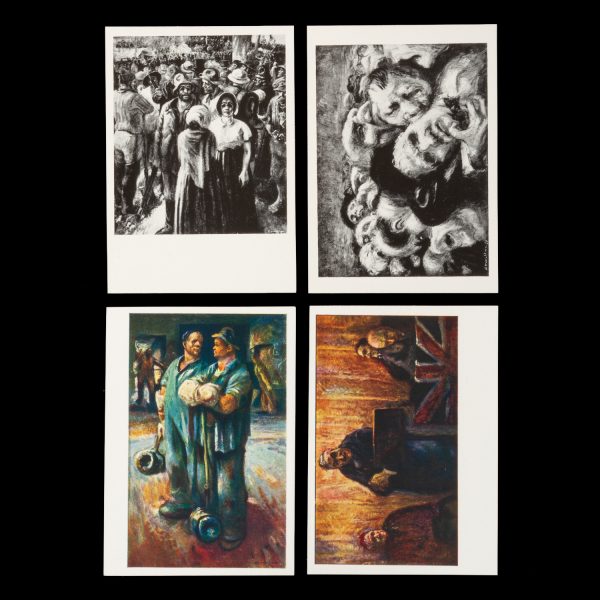 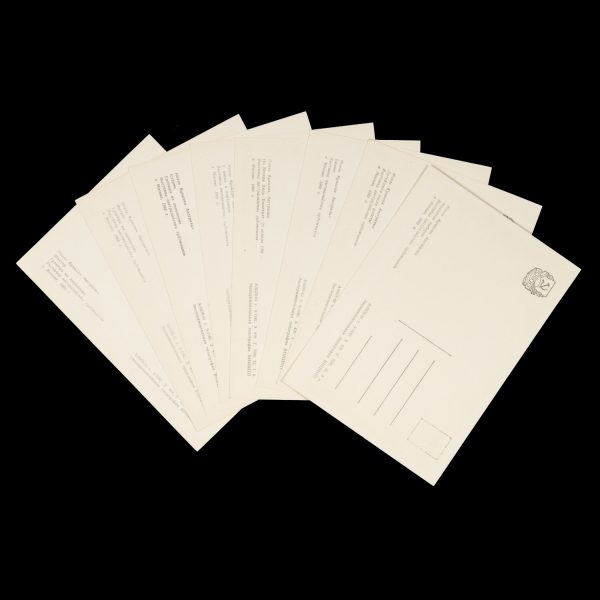 In 1960 Counihan travelled to Moscow and Leningrad to attend an exhibition of Australian social realism in which his works were represented. These postcards were issued in conjunction with that exhibition. An exhibition catalogue was also published, Katalog vystavki sovremennykh khudozhnikov Avstralii (=Catalogue of the exhibition of contemporary Australian artists), but this is extremely rare (OCLC and Trove locate no copies). These postcards are, therefore, an important documentation of a significant event staged just prior to the height of the Cold War.