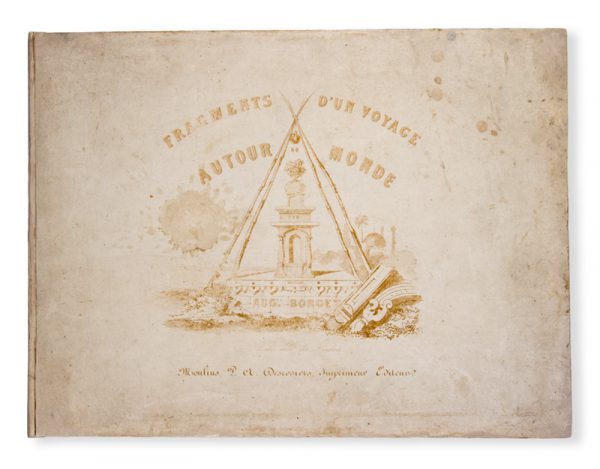 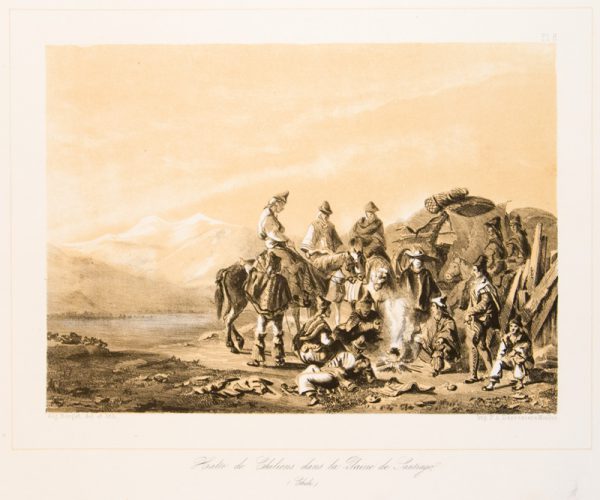 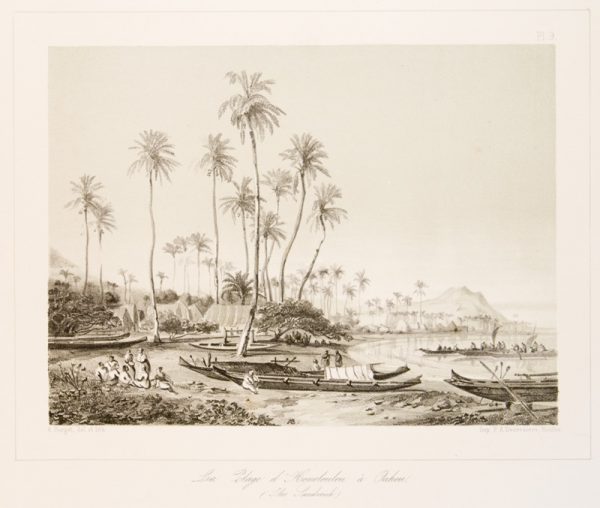 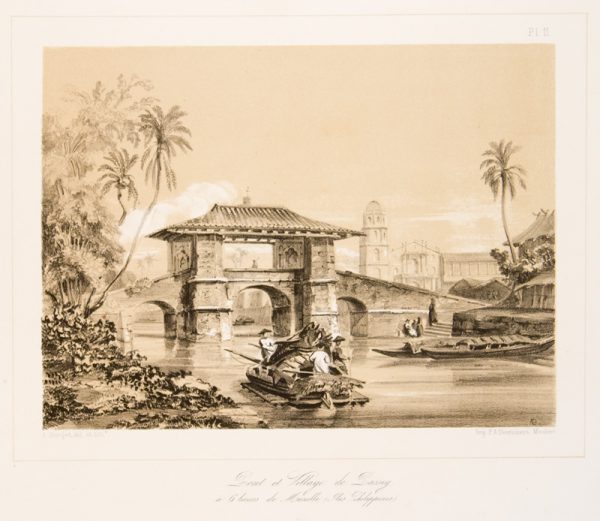 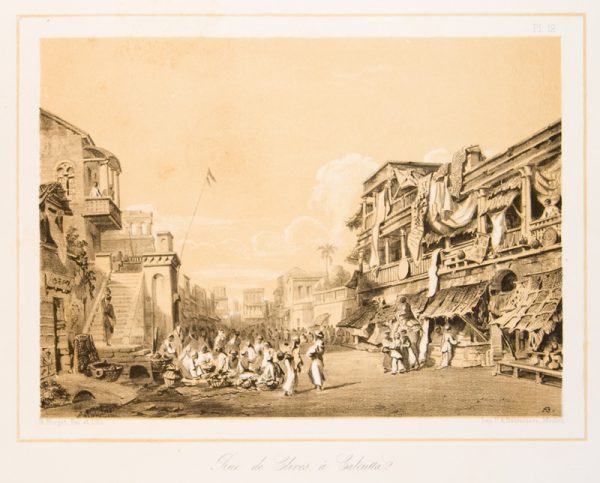 ‘This is a very rare album of handsome and romantic views … ‘ Forbes.

The French travelling artist Auguste Borget had been a pupil of Gudin, the official artist of the Marine Nationale. In the 1840s he undertook a voyage that led him to North America, Latin America, the Near East, the Far East and Oceania. This album contains lithographs after his own drawings made during this voyage, and includes a lithographed title page and twelve full-page plates designed and lithographed in two different tints by Borget himself. Each plate is accompanied by a page of letterpress describing the scene in the artist’s words. The subjects are as follows: 1. Windmill on the banks of the Hudson River, opposite New York. 2. Notre Dame de Gloire, Rio de Janeiro. 3. A street in Buenos Aires. 4. Ravine in the Sierra de Cordova, South America. 5. A street in Lima, Peru. 6. Chileans on the plain of Santiago. 7. Watering place at Arequipa, Peru. 8. Street and market in Canton, China. 9. Honolulu waterfront, Oahu, Sandwich Islands. 10. Fishing craft on the Bolivian coast. 11. Bridge and village of Passig, 6 leagues from Manilla, Philippines. 12. Clive Street, Calcutta.

Worthy of note is the fact that the explanatory leaf for plate 10 is present. Forbes, having only been able to view two copies of this work, both of which lacked this leaf, expressed doubt as to its existence: ‘Neither copy appears ever to have had this sheet, and it may well be that it was never issued.‘ Yet here it is, making the copy we offer here all the more exceptional for its completeness.