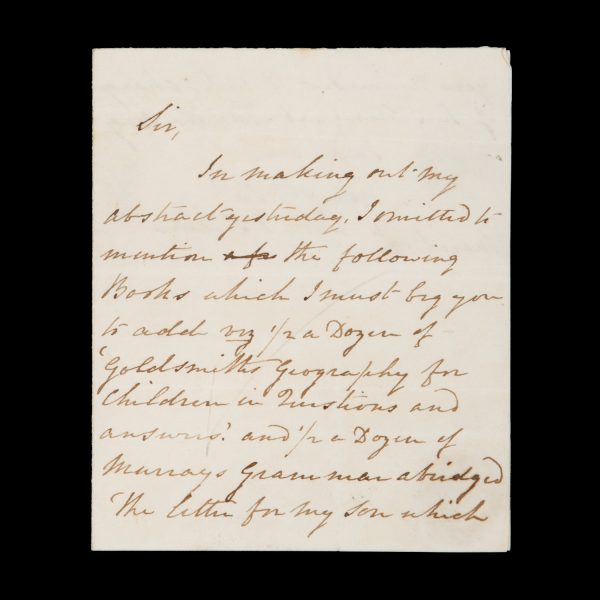 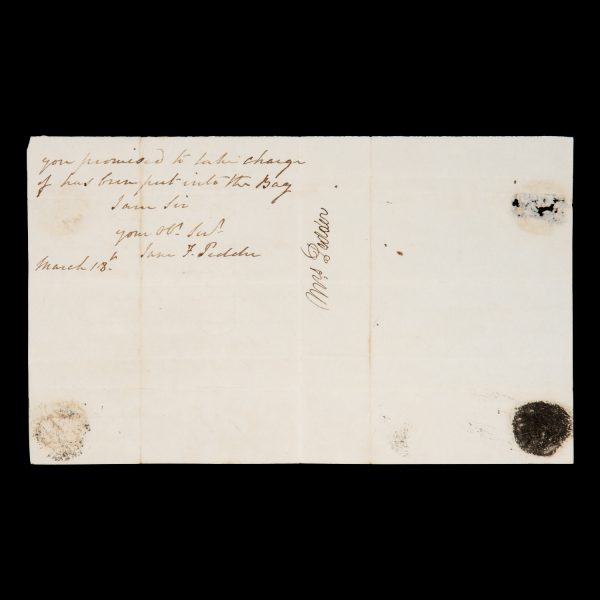 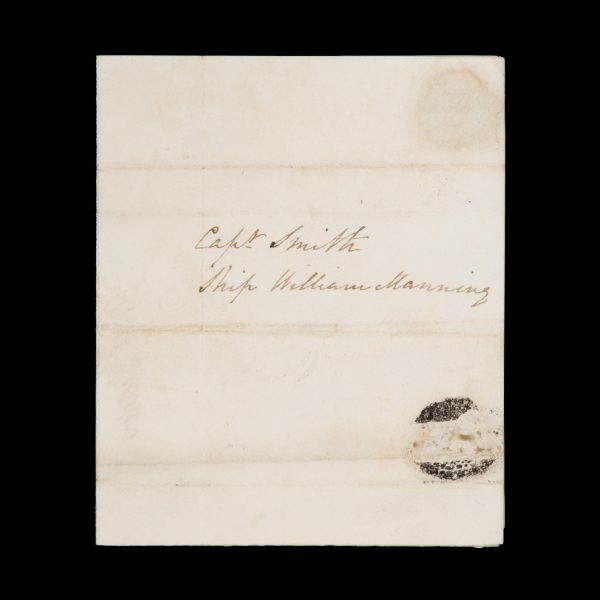 ‘Sir, in making out my abstract yesterday, I omitted to mention the following Books which I must beg you to add, viz. 1/2 a Dozen of ‘Goldsmith’s Geography for Children in Questions and Answers’, and 1/2 a Dozen of Murray’s Grammar abridged. The  letter for my son which you promised to take charge of has been put into the Bag.‘

Jane Brucker had married John Pedder on 13 March 1787, at St Nicholas Cole Abbey, Old Fish Street, London. In August 1823 their son, John Lewes Pedder (1793-1859), a London barrister, was appointed to the office of Chief Justice of Van Diemen’s Land. He sailed in the Hibernia with his wife Maria, and arrived at Hobart Town in March 1824.

‘Born in London on 10 February 1793, John Lewes Pedder was the eldest son of John Pedder and his wife, Jane Brucker. The family was completed with the addition of a younger brother, William, born in 1796, and a sister Jane, born c. 1798. The family was strongly connected to the City of London over several generations, and reflected the international and commercial outlook of the metropolis. Pedder’s paternal grandfather, also John Pedder, was a City merchant and agent for a trading company centred on Africa. His maternal grandfather, George Brucker, was a wealthy German sugar refiner who had migrated to London in the 1760s.’ (Jacqueline Fox, Constructing a colonial Chief Justice: John Lewes Pedder in Van Diemen’s Land, 1824-1854,  PhD thesis, University of Tasmania, May 2012, p. 24).

The fact that Captain Smith refers to Jane Pedder as ‘Mrs. Pedder’ clarifies that the writer of the note was John Lewes Pedder’s mother – not his sister, who was also called Jane. It is almost certain that the ‘letter for my son’ was to be delivered by Captain Smith to John Lewes Pedder in Van Diemen’s Land. John Lewes and Maria did not have any children, but presumably the little cargo of educational books arranged by Mrs. Pedder would have been greatly valued by the families in the Pedders’ social circle in Hobart Town. The early Van Diemen’s Land colonists brought their own libraries with them, and it would not be until 1833 that Samuel Tegg would establish Hobart Town’s first bookshop.