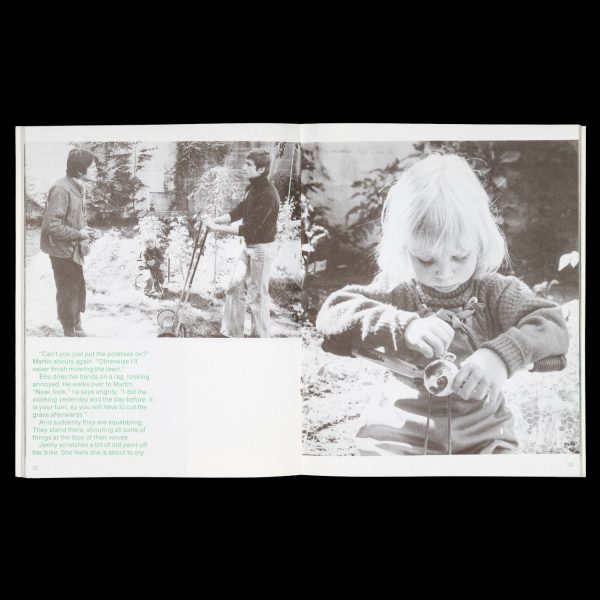 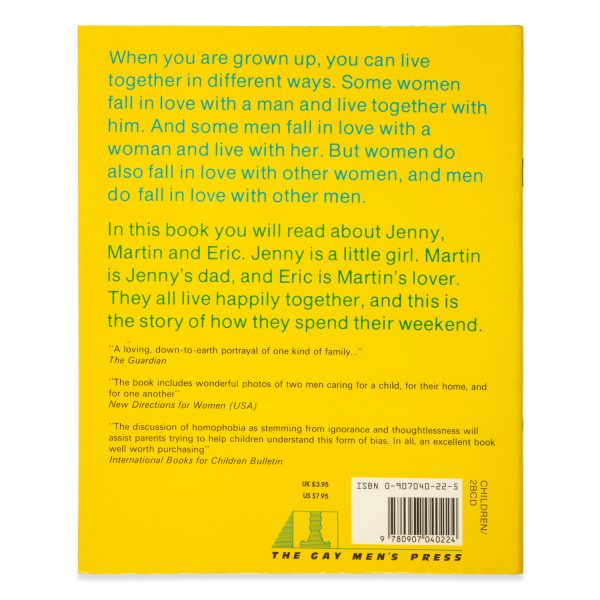 Jenny lives with Eric and Martin

The first English-language children’s book to discuss male homosexuality, highly influential in public debate over the discussion of homosexuality in public schools.

First published in Danish under the title Mette bor hos Morten og Erik in 1981, the 1983 edition of Jenny lives with Eric and Martin is considered the first book about a gay male couple written for children. The book describes the life of a small girl who lives with her father and his partner, her mother living close by.

“This is Jenny. She is five years old.

This is Jenny’s dad. He is called Martin.

This is Eric. He lives with Jenny’s dad.

Jenny, Martin and Eric live in a little house in Denmark.

Living nearby is Jenny’s mum, Karen. She often comes to visit them.”

The book – like most children’s books – is a work of fiction, written by a heterosexual author, designed to teach children about tolerance and diversity. ‘To the British media, it was nothing more than a homosexual recruiting manual that sought to undermine Western civilisation as we know it. The fact that the English language version was published by Gay Men’s Press merely confirmed this conspiracy.’ ( Gay in the 80s, https://www.gayinthe80s.com/2012/06/1983-book-jenny-lives-with-eric-and-martin).

A single copy of the book was purchased for the teacher’s reference library of the Inner London Education Authority (ILEA), and remained in the reference section for several years. In 1986, during the height of the HIV/AIDS crisis, it was reported in The Sun newspaper that the ILEA had purchased copies of the title for schools,  which resulted in a backlash from Conservative politicians and the mainstream media. The result was the passing in 1988 of Clause 28 of the Local Government Act, prohibiting Local Authorities from ‘promoting’ homosexuality. The decision was highly controversial, largely because of the theory that homosexuality was a life choice that could be ‘promoted’, with various ramifications including  the shutting down of social support groups for gay, bisexual and queer students.  The Act was repealed in Scotland in 2000, and in the United Kingdom in 2003.

An extensive essay on the impact of this children’s book on U.K. legislation can be found on the website Queer Ephemera: https://www.queerephemera.com/shownotes/e07