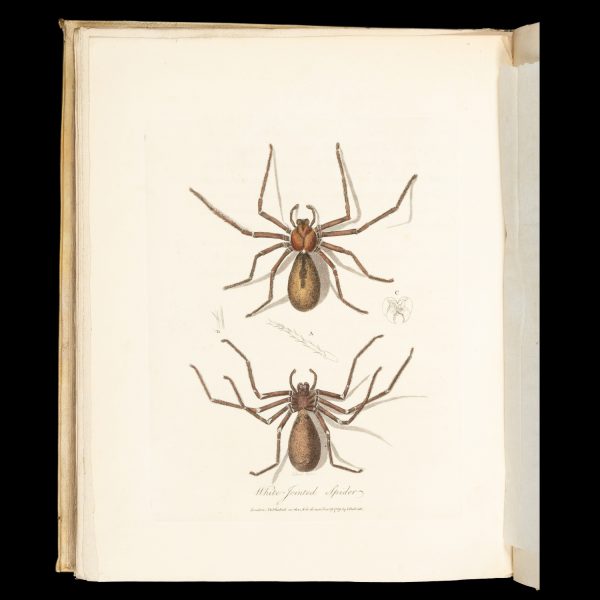 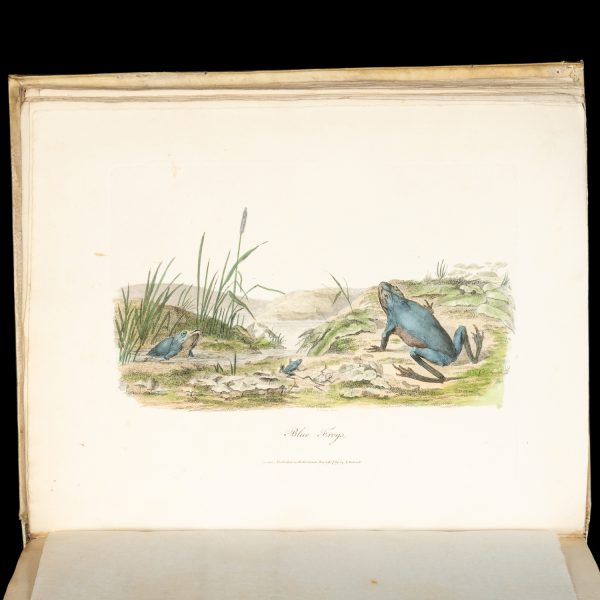 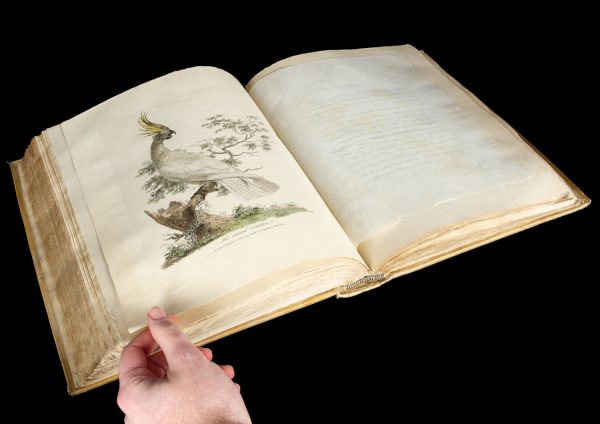 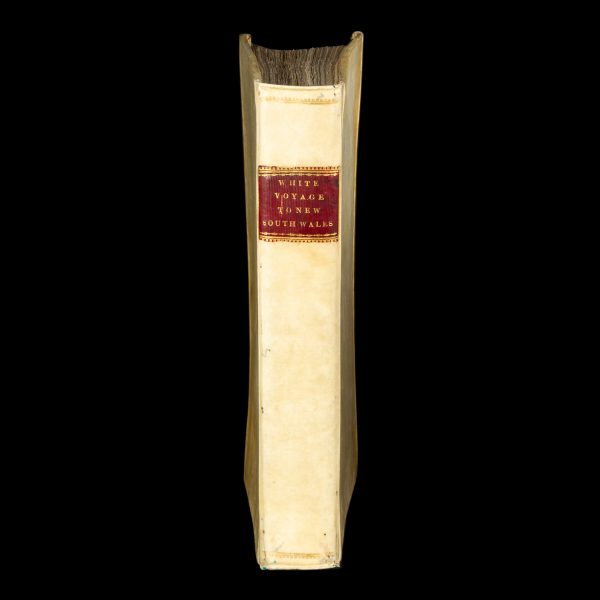 The desirable hand coloured edition of White’s important account of the voyage of the First Fleet and the settlement at Sydney Cove, in an unusual and attractive Italian vellum binding.

As Surgeon General on the voyage, White’s scientifically trained eye was well suited to the recording of new species discovered on the island continent. His account includes much scientific detail and descriptions of the voyage and settlement not to be found in other accounts such as Phillip’s. The fine plates were engraved by Sarah Stone from live and taxidermied specimens sent to England, as well as White’s own drawings and those of Thomas Watling.