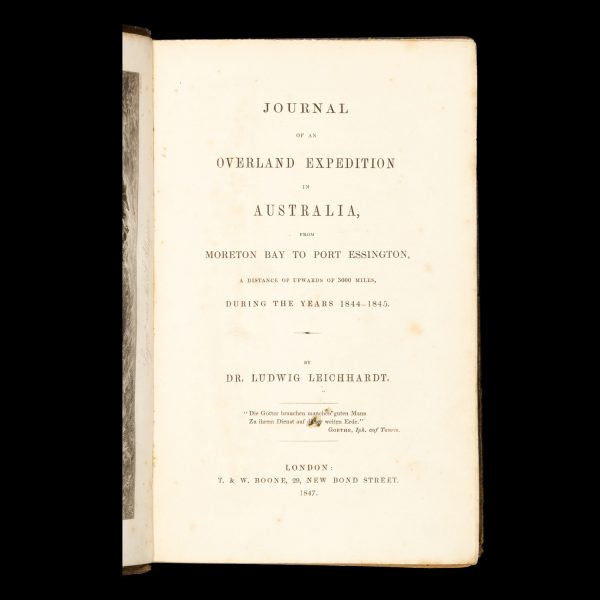 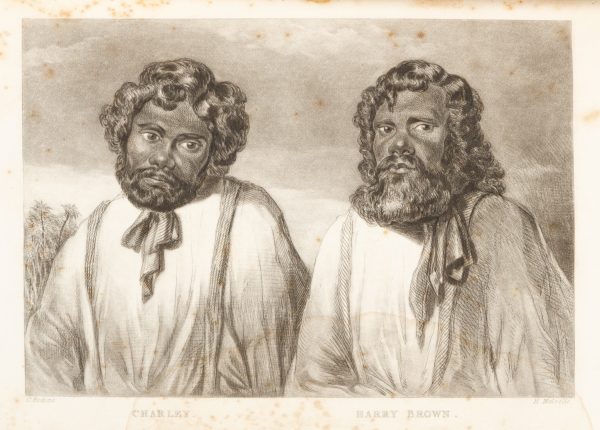 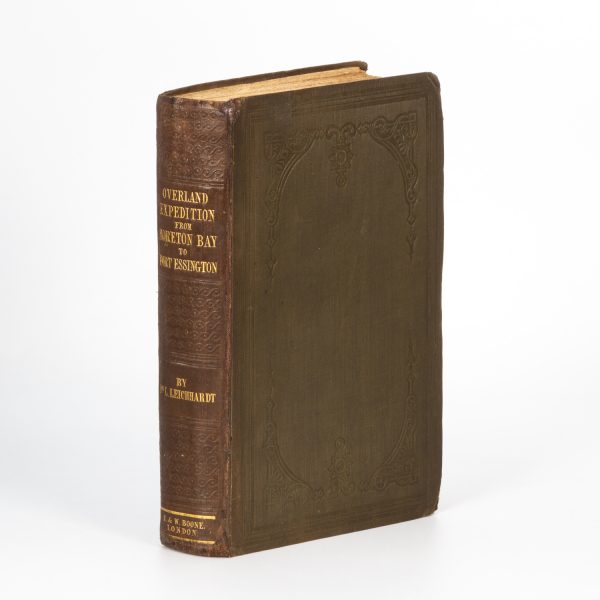 Journal of an overland expedition in Australia from Moreton Bay to Port Essington,

Leichhardt’s first expedition, which took over a year to complete, was one of the most significant conducted by Australian explorers in the nineteenth century, opening up much of the rich interior of northern Australia. The expedition arrived at Port Essington in December, 1845, with the loss of only one of its members (the ornithologist, John Gilbert), having set out from southern Queensland in September of the previous year.

The fact that Leichhardt and his party were to disappear without trace on his third expedition in 1848, and that his ultimate fate remains a matter of conjecture, has fueled the ongoing fascination that this explorer holds for historians and the public alike. The brass nameplate from Leichhardt’s gun, acquired by the National Museum of Australia in 2006, was reputedly discovered in a boab tree in the vicinity of Sturt Creek, between the Tanami and Great Sandy Deserts on the western side of the border between Western Australia and the Northern Territory. This is compelling evidence that Leichhardt did not meet his fate in the Gulf of Carpentaria region, and that remarkably he may have managed to traverse two-thirds of the continent from east to west before he perished.