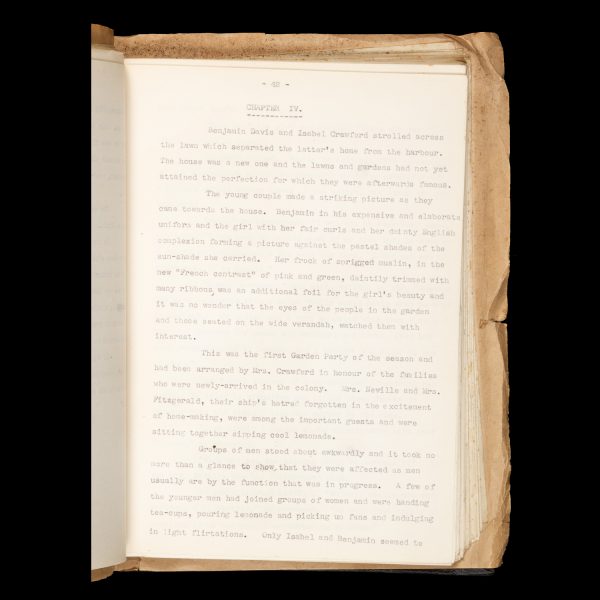 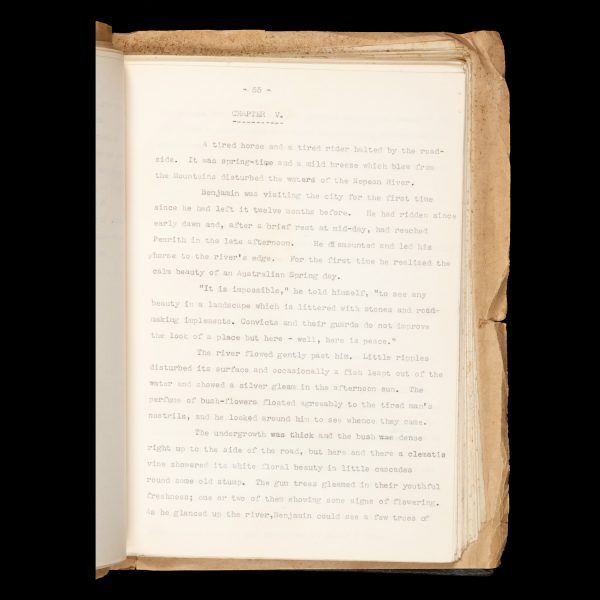 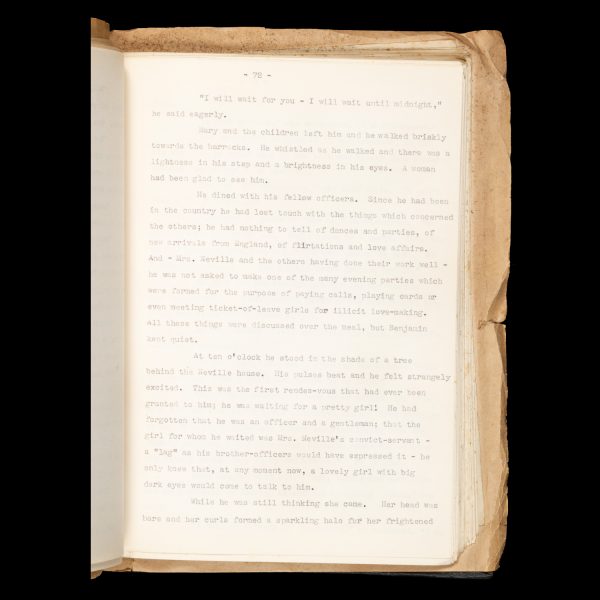 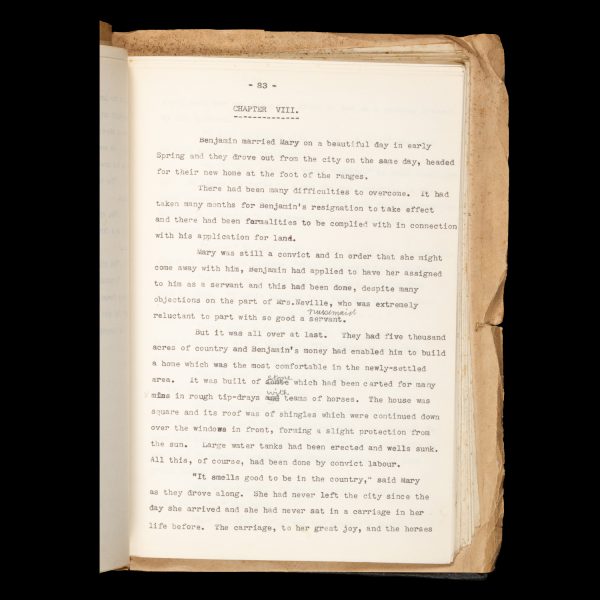 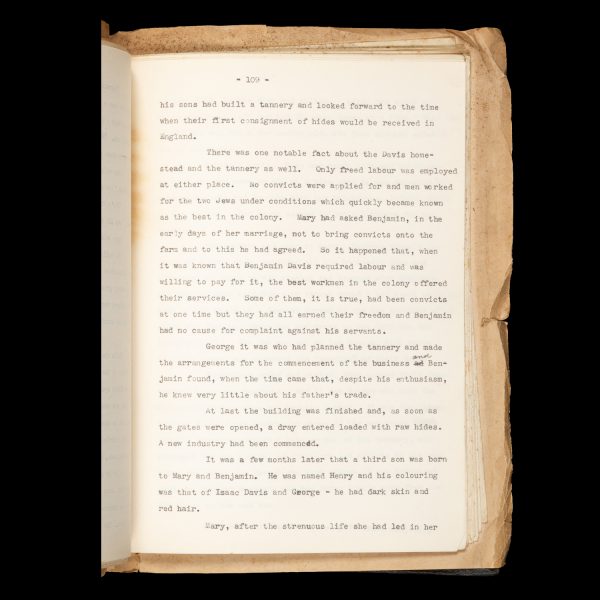 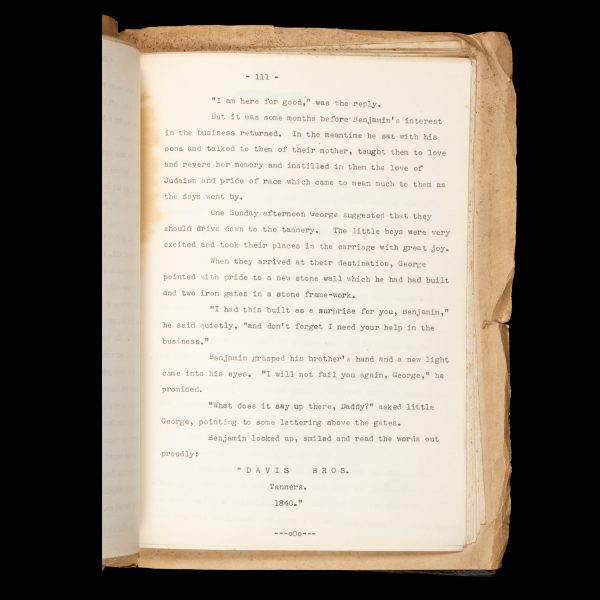 [JUDAICA] Typescript of an unpublished historical novel set in Sydney, New South Wales in the 1830s-40s.

This anonymous, unpublished historical romance novel tells the story of Benjamin Davis, the son of a Jewish leather merchant from London’s East End, who becomes an officer in the British Army and is posted to New South Wales with his regiment in 1830. Benjamin marries a convict and, after handing in his commission, he settles with his family on land granted to him on the Nepean River, where he establishes a farm. With the help of one of his brothers he goes on to build a tannery on the banks of the Parramatta River at Mortlake – using wattle bark as a tanning agent. Throughout the 1840s, after his sons have entered the family business, his commercial empire grows into one of the colony’s most successful enterprises, specialising in the export of hides.

Most of the well-researched narrative is set against the background of Sydney society in the 1830s and 1840s. The protagonist’s Jewish faith is pivotal to the plot, in particular the way in which it initially causes him to be ostracised by his fellow officers and by the colonial elite, but also through the strong moral influence it exerts on him: Benjamin rescues his future wife, Mary, from receiving a flogging on board the convict ship on the voyage out, and later on he employs only freed labour – not convicts – in his businesses, the result of an ingrained antipathy toward the injustices of the penal system. There are frequent references to Sydney’s small Hebrew congregation of the period, as well as to Jewish customs and religious practice, which suggests that the anonymous author was writing from a Jewish perspective.