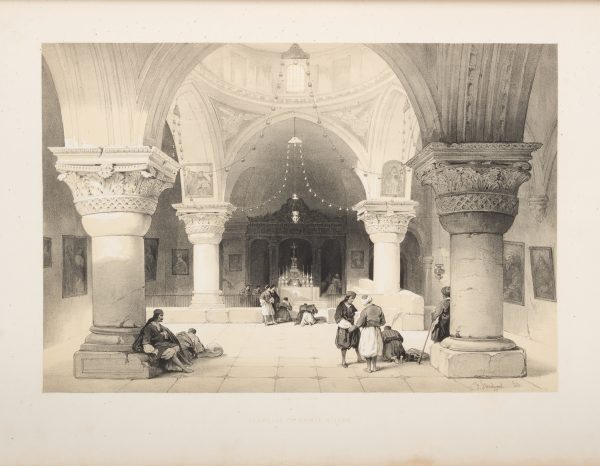 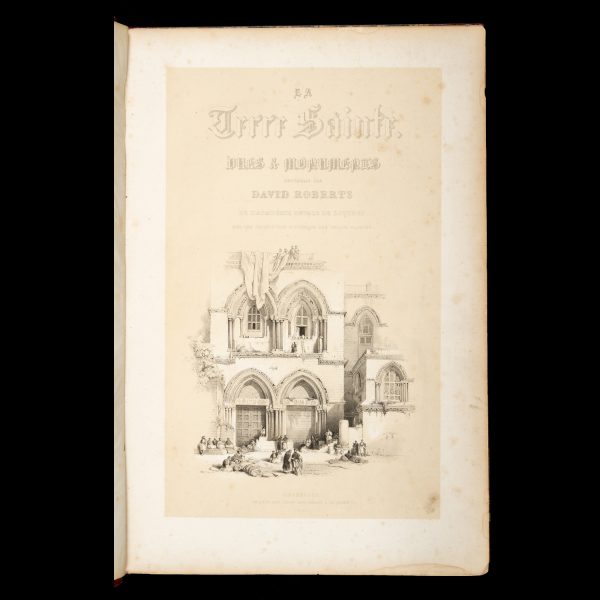 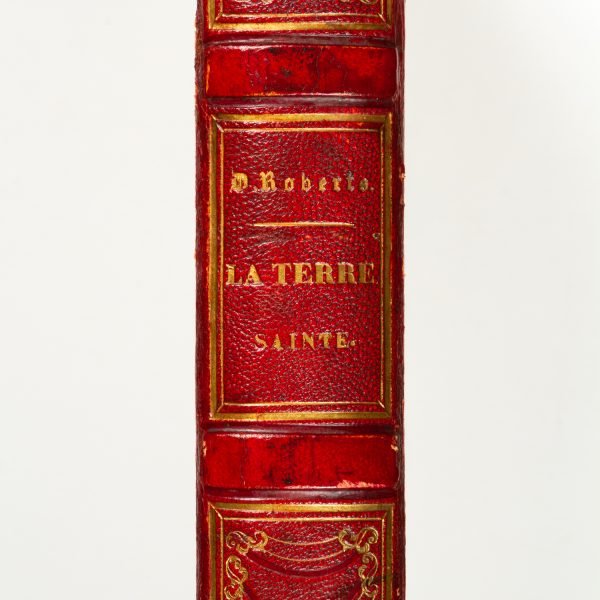 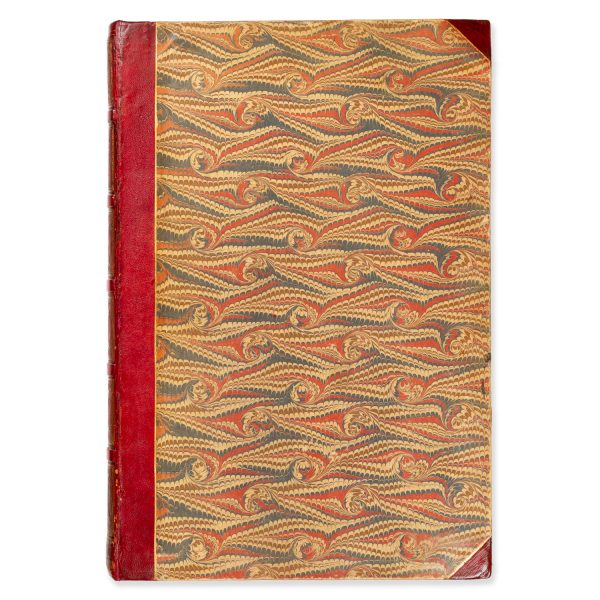 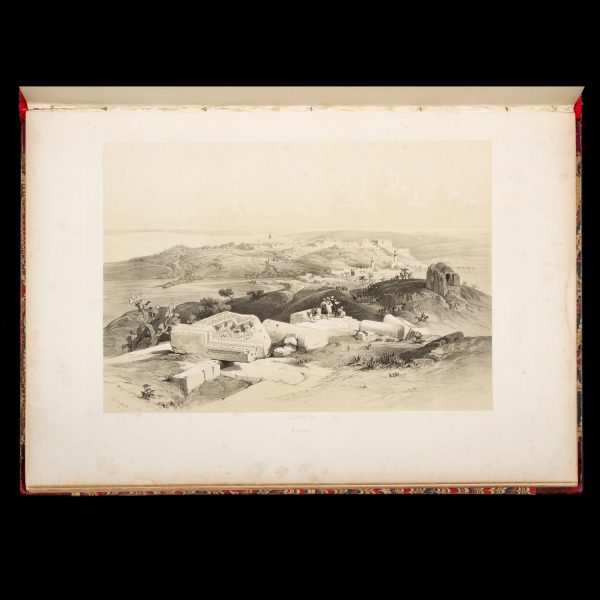 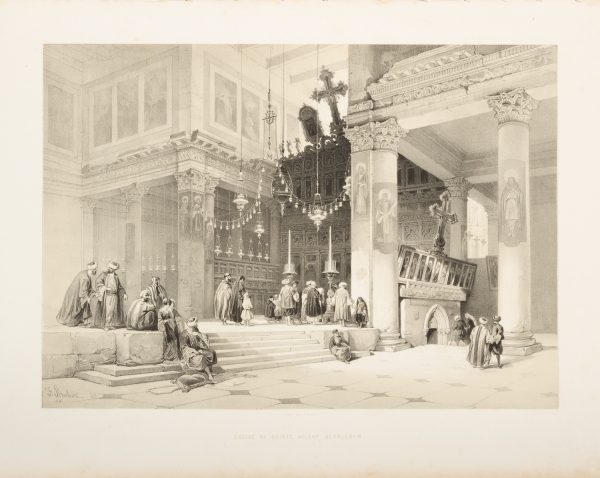 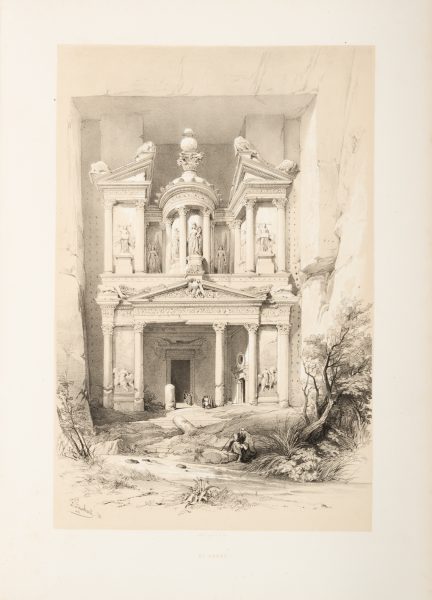 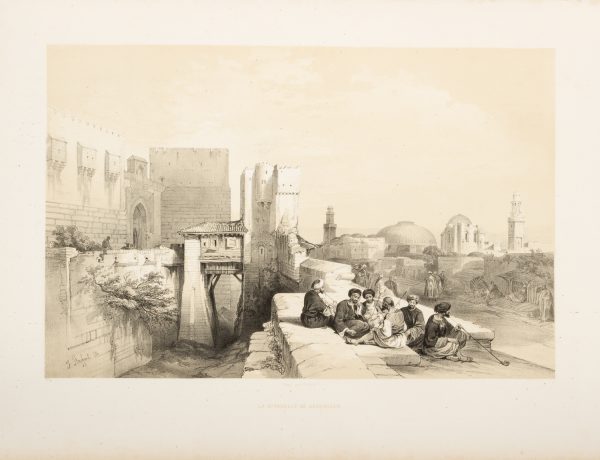 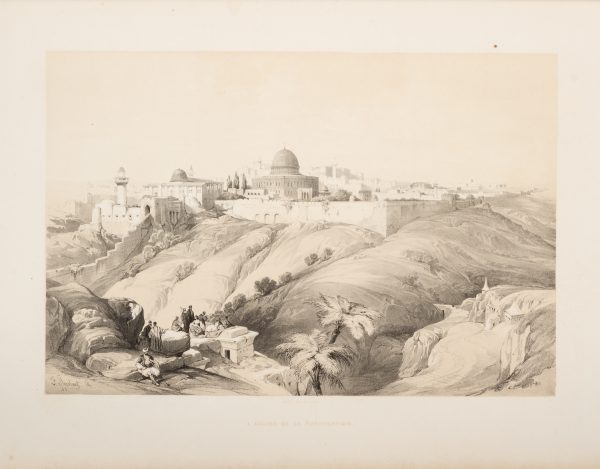 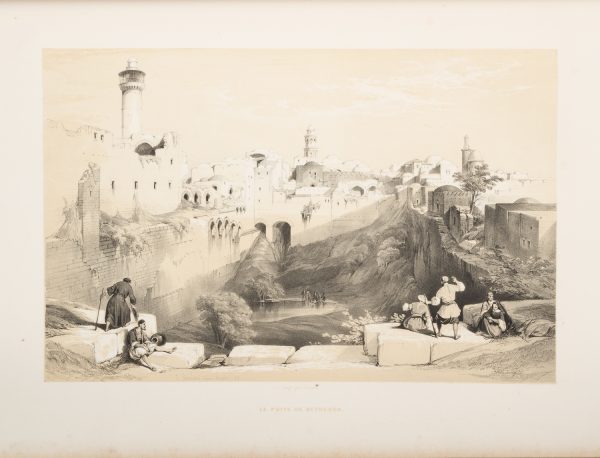 Unique French edition of Scottish painter and traveller David Roberts’ Holy Land … with historical descriptions by the Rev. G. Croly, published in Brussels. The plates, lithographed by François Strooban after Louis Haghe, are comparable in quality to those made by Haghe for the original English edition.

The superb plates depict many locations and monuments in the Biblical world, among them Jerusalem, Bethany, Bethlehem, Nazareth, Jericho, the Dead Sea, Nablus, Gaza, and Sidon. In 1838-39 Roberts had made a lengthy tour of the Middle East, visiting Suez, Mount Sinai and Petra before touring extensively in the Holy Land, where he visited many Biblical sites. He brought back with him a vast collection of sketches of scenery made in situ. These were to prove hugely popular with the British public, and Roberts would go on to devote a large part of his subsequent career to elaborating and publishing his views.