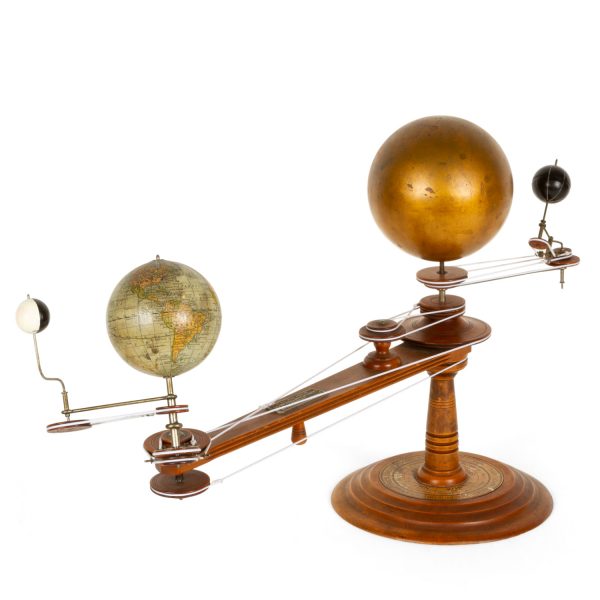 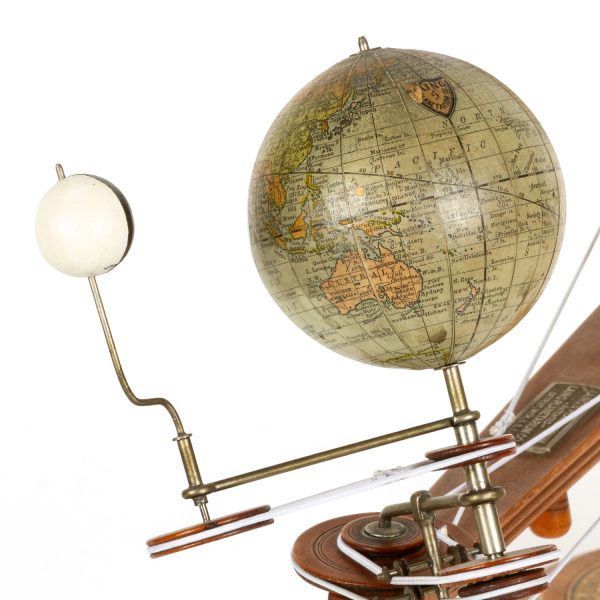 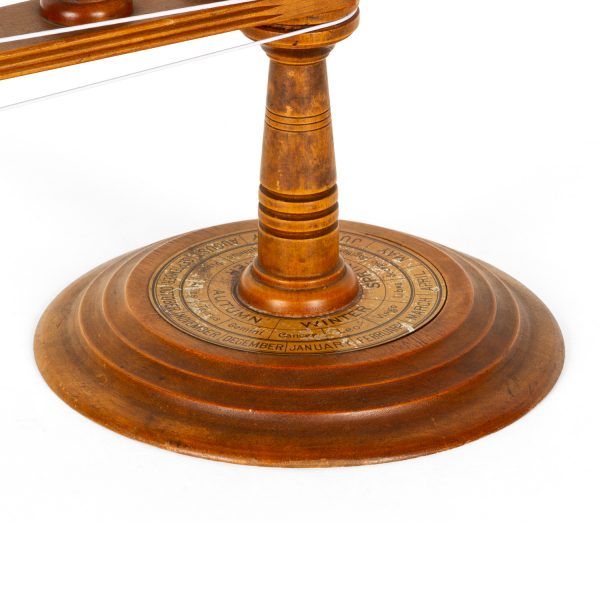 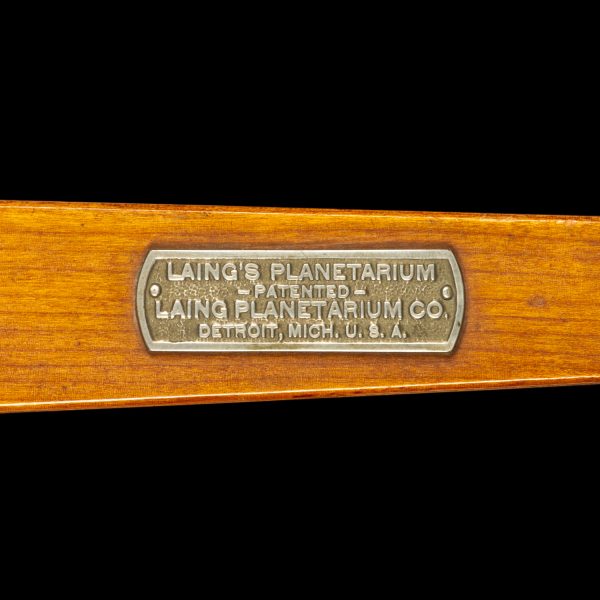 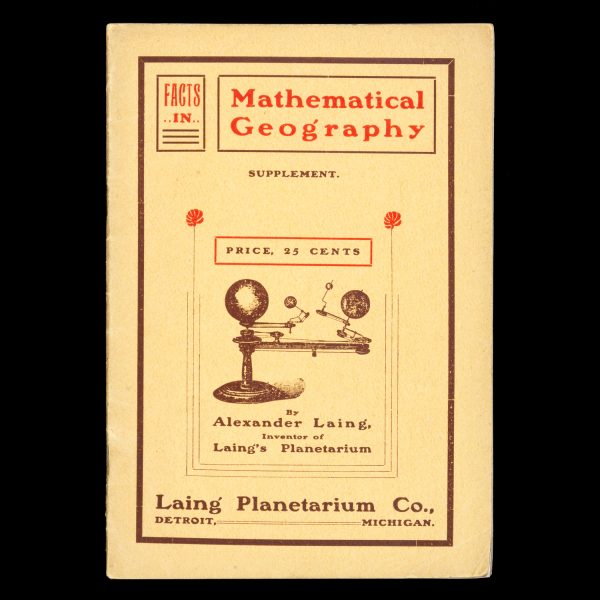 Scientific instrument (technically a tellurion or tellurium) measuring 32 cm tall and 55 cm in length when fully extended, comprising a copper-painted wooden sphere representing the sun mounted on a turned maple podium, around which oscillates a black and white painted sphere representing the planet Venus; attached to the podium is a turned maple arm with manufacturer’s plaque, at the end a 3 inch pocket globe, around which a black and white sphere representing the moon revolves, the entire device on a wooden circular stand divided into quadrants titled with the four seasons, the months of the year and the twelve signs of the Zodiac. Through a series of pulleys, the earth moves around the sun, whilst in rotation, and with simultaneous revolutions of the planetary objects. The globe, made by Rand & McNally, is dated 1891 (Laing’s label placed over Rand & McNally); this example dates from 1896. Accompanied by the manufacturer’s printed instructional book Supplement to Facts in Mathematical Geography. A manual for schools and homes comprising Elements of Astronomy by Alexander Laing, dated 1902, 42 pages explaining the mechanism and science of the planetarium, with illustrations of the device. The string pulleys replaced, as they have perished in almost every example, otherwise very good condition with light general wear as expected.

A wonderful astronomical teaching aid in good working order replicating the movement of the planets, and demonstrating the principles of day and night, seasonal change, the phases of the moon and Venus, gravitational force and the measurement of time. An engaging device in uncommonly good condition, with the rare original manual.

Increasingly rare to find in good condition, examples at auction have made up to GBP 10,000 in recent years.