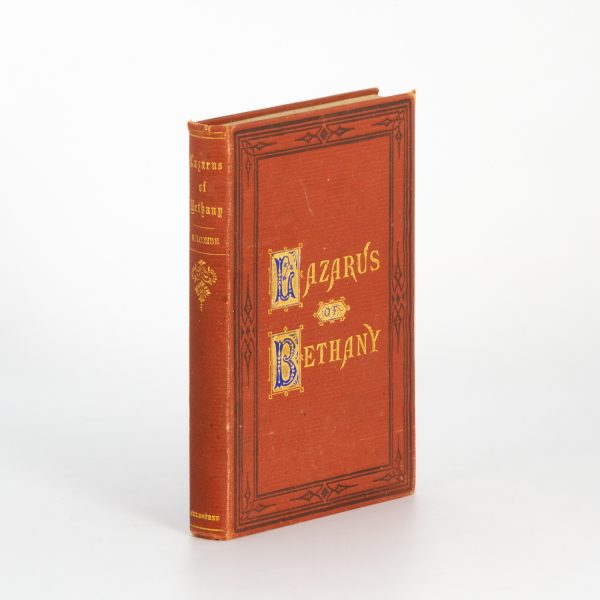 Lazarus of Bethany. The story of his life in both worlds

‘Dr. William H. Holcombe was born at Lynchburg, Va., May 29, 1825, of an old Virginia family; his grandfather having served in the Continental army, and his father was a distinguished physician of the old school. Dr. William H. Holcombe was sent to the University of Pennsylvania, graduating in 1847. He removed to Cincinnati, and was there during a siege of Asiatic cholera, which caused him to become interested in homeopathy. The great success he met with in his experiments induced him to devote himself to the new school of medicine, and he became one of its most talented disciples. Dr. Holcombe went to Natchez, Miss., in 1852, and he and his partner, Dr. Davis, were appointed physicians and surgeons to the Mississippi State hospital. In 1864 Dr. Holcombe removed to New Orleans, where he made his home until his death, Nov. 28, 1893. He was chairman of the Yellow Fever commission in 1878, and published an excellent report of the work done during the epidemic of that year. For many years he was one of the editors of the North American Journal of Homeopathy, and president of the American Institute of Homeopathy in 1876. He was the author of several books and treatises, publishing, in 1852, “The Scientific Basis of Homeopathy,” and, in 1856, “Yellow Fever, and its Homeopathie Treatment.” Dr. Holcombe also wrote 2 volumes of poetry, and 8 religious works, embodying the doctrines of Swedenborg. His last literary composition, “The Truth About Homeopathy,” was completed a few days before his death. Dr. Holcombe was a man of lofty and noble nature, and of tenderest charity, a true philanthropist, who won the respect and devotion of all who knew him.’ – http://www.homeoint.org/photo/h2/holcombe.htm