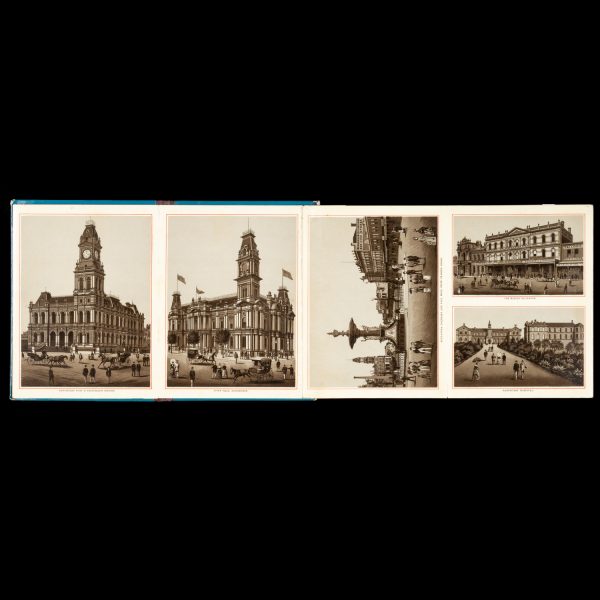 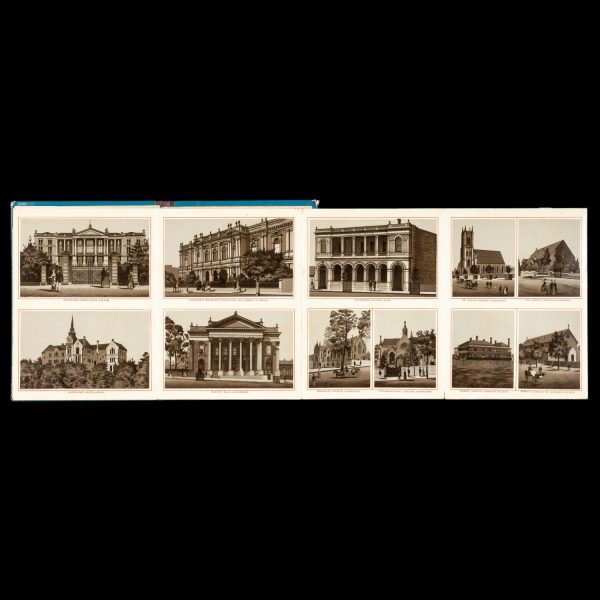 An advertisement at the rear panel for ‘The Beehive’ (general merchants) has the note at the bottom: ‘Since this work was completed the name of the city has been changed to its original name – BENDIGO’.

‘Having originally begun as Bendigo, a name spawned from Bendigo Creek, it adopted the official name of Sandhurst, named after a military college in England in 1854. It was changed back to Bendigo in 1891 following a plebiscite when all the residents voted, with 1,515 in favour and only 267 against.’ – State Library of Victoria https://blogs.slv.vic.gov.au/such-was-life/bendigo-or-sandhurst-history-through-newspapers/

Note: other examples of these Australian leporello albums we have handled have had an advertisement for the booksellers and stationers Messrs Schütze, Steffens & Co., 272 Little Collins Street, Melbourne, a firm with German connections who were the publishers and distributing agents for leporello albums of Melbourne, Sydney, Adelaide, Ballarat, Sandhurst and Geelong.