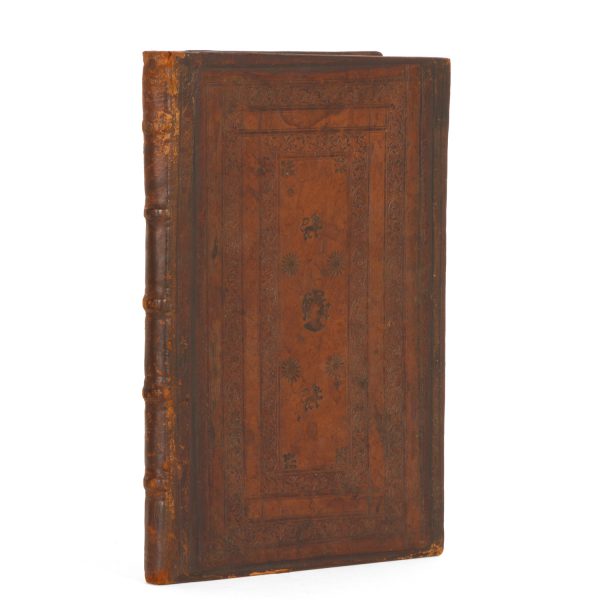 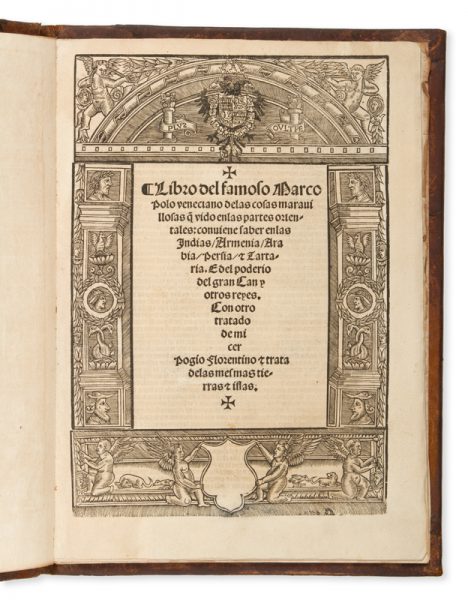 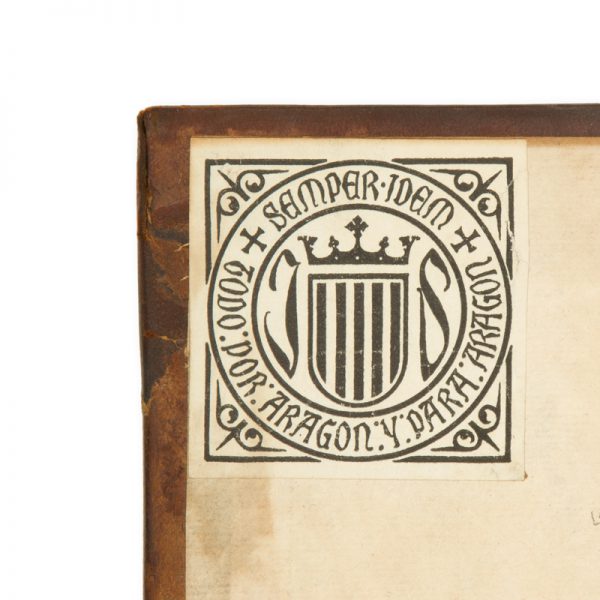 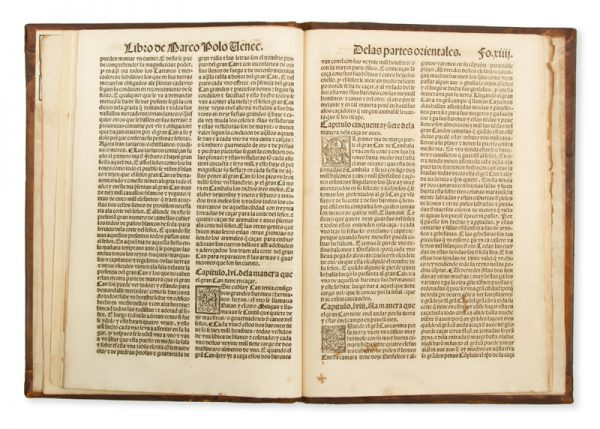 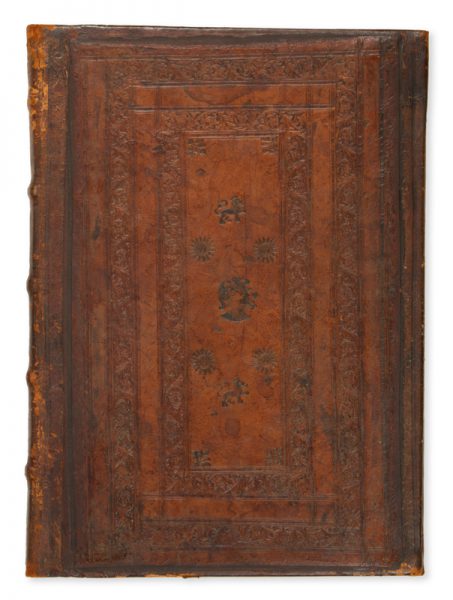 Logroño, Miguel de Eguia, 3rd June 1529. Folio, ff. [4]; 32, woodcut initials, the title leaf expertly remargined along the lower and fore-edges (prior to 1927), with a very small area of penwork to the edge of the decoration, brown staining to about half the folios, a couple of other very small marginal repairs, contemporary marginalia, contemporary paneled calf over wooden boards, blind tooled with heraldic emblems, bookplate from the famed library of Juan M. Sanchez to front pastedown.

Translated from the Italian by Rodrigo Fernández de Santaella and first published in Seville in 1503, this edition, like the first and second, includes Santaella’s Cosmographia, which serves as an explanatory introduction. It is a survey of the known parts of the world that contains many early references to the Americas. Crucially, Santaella was confident in positing the distinction between the West and East Indies by enumerating differences in the natural resources and environments of both regions. He concludes that ‘Asia and Tarshish and Ophir and Cethim are in the East, and Antilla and Hispaniola are in the West, in very different localities and conditions’, and also suggests that the name ‘Antilla’ is a popular corruption of ‘Antindia’, having the meaning of ‘opposite to India’ on the terrestrial globe. Santaella’s hypothesis was at the very least contemporary with, and possibly even anticipated, that propounded by Vespucci.

As Maggs Bros. commented when they catalogued this very copy of his travels in 1927 (Australia and the South Seas, Catalogue 491, 1927, no. 6), there is a strong connection between Marco Polo and Australia. “Many people believed that Marco Polo had knowledge of Australia, because “being driven by a tempest, a great way beyond the island of Java, he discovered the kingdom of Maletur, the Province of Beach, the Isle of Petau, and another Isle, which he named the Lesser Java.” The influence of his work was very great, and its effect on the cartography of the Australasian regions lasted for nearly three hundred years. The name Beach, or its corruption Locach, was given to portions of the northern coast of Australia in some later maps.”

The account of Marco Polo is followed by that of Nicolo Conti, who traveled to the East from 1419-1444. Conti’s route took him through Damascus, Persia, and India to his final destination, the East Indies. On his return to Europe, Conti dictated his narrative to Giovanni Poggio Bracciolini, then a papal secretary. It is Poggio’s redaction that has been translated for this work by Santaella.

Rodrigo Fernández de Santaella was one of the most renowned Spanish ecclesiastical scholars of his day. He founded a college at the University of Seville after his return from Rome, where he served at the papal court for much of his life. At the time of his death he was bishop-elect of Saragossa.

Santaella’s translation is the first into Spanish of Marco Polo’s account of his famous voyage. It was published first in 1503 and again in 1518, but these editions are unprocurable today.