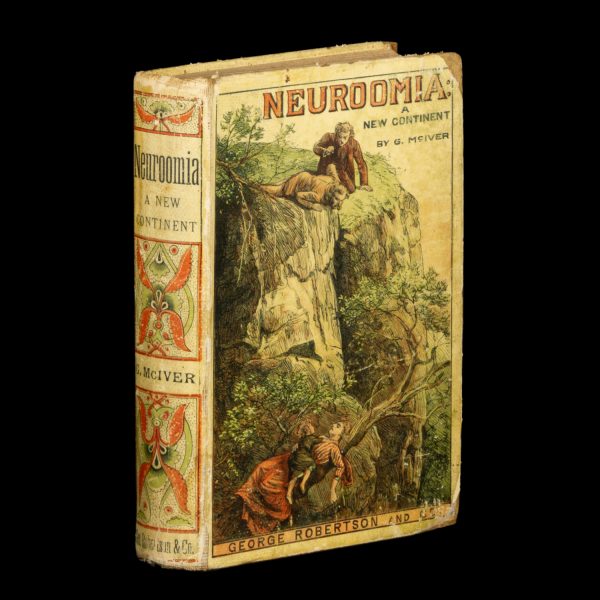 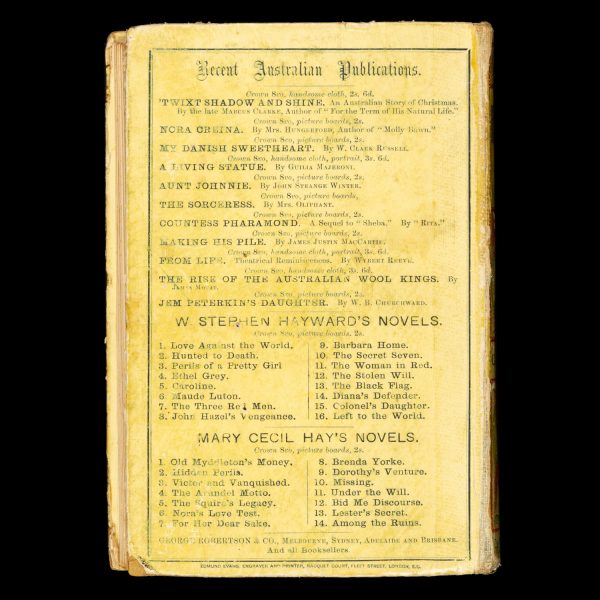 [LOST RACE; ANTARCTICA] Neuroomia : a new continent : a manuscript delivered by the deep

‘George McIver’s Neuroomia: a new continent was first published by George Robertson & Co. in London, Melbourne, Sydney, Adelaide and Brisbane in 1894. Neuroomia tells the imaginary voyage of Captain Montague Periwinkle from Australia to Antarctica, where a technologically advanced lost civilisation is discovered at the South Pole. Chapter VIII, “Visions of Another World,” describes another utopian society on Mars. McIver was born in Scotland but lived most of his life in New South Wales.’ (Monash University Library)

McIver was an interesting character who had worked as a stockman and grazier before turning to teaching. In the 1880s and 1890s he held appointments at various country schools in northern New South Wales; Neuroomia was written while he was teaching in Macksville. His story was serialised in eleven instalments in the Clarence and Ricmond Examiner in 1892, under the pseudonym Eucalyptus. Later in life McIver published A drover’s odyssey (1935), an autobiographical account of his droving days in outback New South Wales and the Northern Territory, and The Bunyip and other verses (1945).