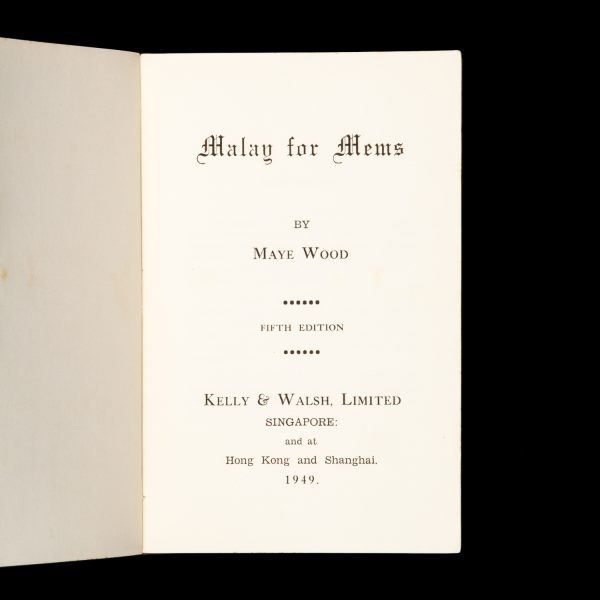 A rare locally printed phrasebook, first published in 1928 for the memsahib (married white upper class woman) guiding them on how to communicate with their housestaff, with such useful phrases as ‘Mend the Master’s clothes (Jahit Tuan-punya pakaian)’; ‘Don’t chatter (Jangan busing-bising)’, ‘cucumber sandwiches (Sandwich timun)’ and ‘Whisky and soda (s’tengah)’.

‘The object of this little book is to place before newcomers, especially women, the most ordinary and necessary words and phrases required in household management. It is not a Grammar, and does not pretend to be anything more than ‘kitchen’ Malay.’ – the introduction.

Rare, with a single example of this edition (the earliest located) appearing on WorldCat (at the British Library), another example of the third edition also found in the National Library of Singapore, and some later editions located in other institutions.

An insight into race and gender during the colonial era, a true relic of the Empire.