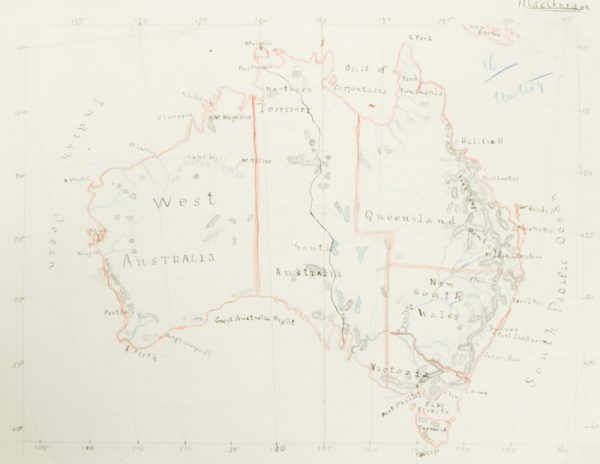 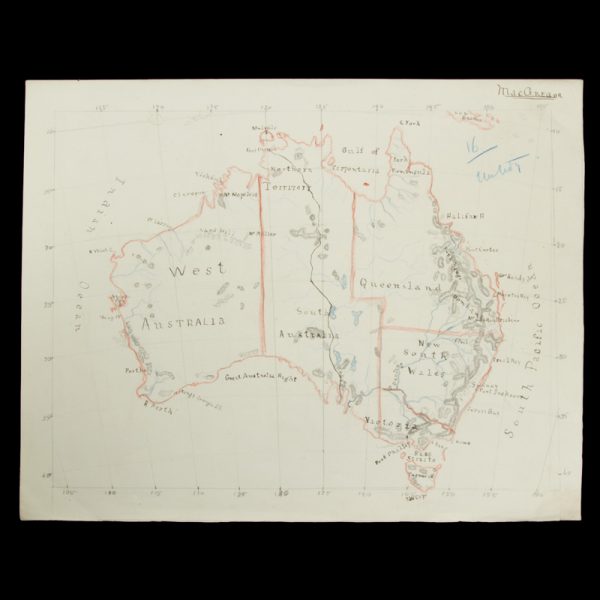 Manuscript map of Australia, circa 1885

Pen and pencil on thick paper, 260 x 320 mm, signed in upper right margin MacGregor, the focus being the Overland Telegraph running from Adelaide to Darwin, with numerous natural features such as mountains, lakes and rivers delineated, the coastline and colonial borders in red, placenames in black; drawn by a school child probably aged around 13 or 14; at upper right in blue is the teacher’s mark and comment: ‘16 / Untidy‘ (!)

The map may be very approximately dated by the prominence given to the Overland Telegraph (completed in 1872), and the fact that the Northern Territory (created in 1911) is still a part of South Australia; the handwriting style suggests an 1880s date.