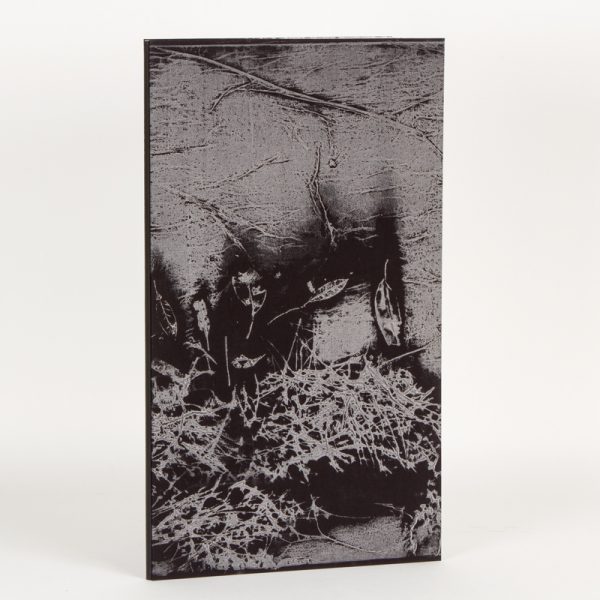 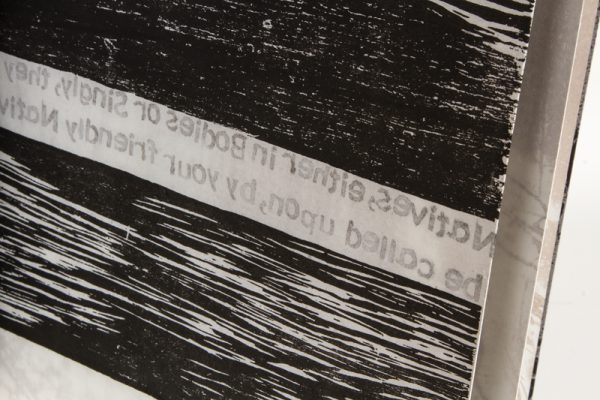 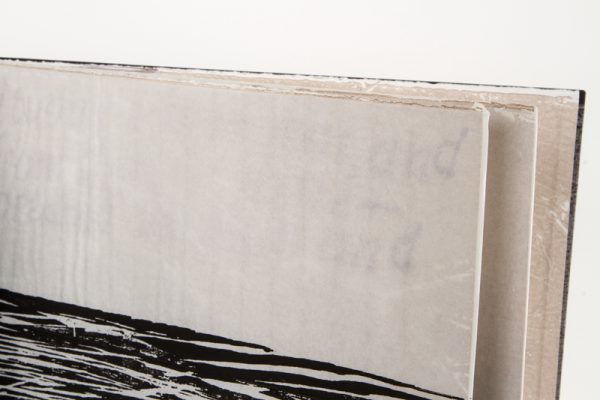 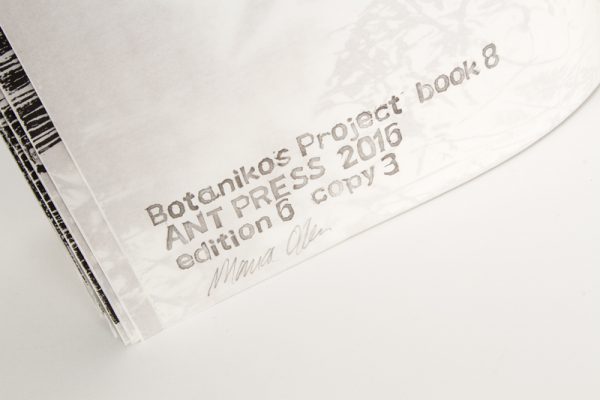 ‘The work suggests the city as an ephemeral place. We think of cities as permanent, enduring, and in relation to the life of a single individual they are but cities rise, metamorphose and eventually fall. They hold a history of multiple pasts, multiple narratives; some which are silenced, others which are celebrated. In this book, I wanted to show the past literally lying beneath the city. The two “hidden” texts are from the past. One, a poem ‘Visit of Hope to Sydney Cove, near Botany Bay’, from the introduction pages of ‘The Voyage to Governor Phillip to Botany Bay’ (first published 1789), in which Hope joyously calls forth “broad streets, bright canals, the proud arch … o’er the cultured land” and the other from Gov. L. Macquarie’s papers (colonial secretaries in-letters, April 9 1816) on action to be taken against local indigenous tribes in the Windsor district, which led to the Appin massacres of 17 April 1816. They texts face each other. The city is seen from a distance. It appears to be exposed to the onslaught of the  environment. Perhaps nothing is more enduring than the ground on which a city stands.’

The texts in full:

(Courts her young navies, and the storm repels;
High on a rock amid the troubled air)
Transcription in the book starts here:
HOPE stood sublime, and wav’d her golden hair;
Calm’d with her rosy smile the tossing deep,
And with sweet accents charm’d the winds to sleep;
To each wild plain she stretch’d her snowy hand,
High-waving wood, and sea-encircled strand.
“Hear me,” she cried, “ye rising Realms! record
“Time’s opening scenes, and Truth’s unerring word.–
“There shall broad streets their stately walls extend,
“The circus widen, and the crescent bend;
“There, ray’d from cities o’er the cultur’d land,
“Shall bright canals, and solid roads expand.–
“There the proud arch, Colossus-like, bestride
“Yon glittering streams, and bound the chasing tide;
“Embellish’d villas crown the landscape-scene,
“Farms wave with gold, and orchards blush between.–
“There shall tall spires, and dome-capt towers ascend,
“And piers and quays their massy structures blend;
“While with each breeze approaching vessels glide,
“And northern treasures dance on every tide!”–
Then ceas’d the nymph–tumultuous echoes roar,
And JOY’s loud voice was heard from shore to shore–
Her graceful steps descending press’d the plain,
And PEACE, and ART, and LABOUR, join’d her train.

“On any occasion of seeing or falling in with the Natives, either in Bodies or Singly, they are to be called upon, by your friendly Native Guides, to surrender themselves to you as Prisoners of War. If they refuse to do so, make the least show of resistance, or attempt to run away from you, you will fire upon and compel them to surrender, breaking and destroying the Spears, Clubs and Waddies of all those you take Prisoners. Such natives as happen to be killed on such occasions, if grown up men, are to be hanged up on Trees in Conspicuous Situations, to Strike the Survivors with the greater terror.”
Gov. Macquarie