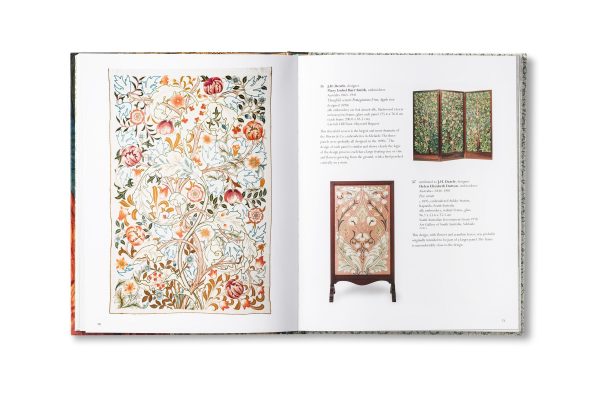 This catalogue was published to accompany the exhibition Morris & Co., held at the Art Gallery of South Australia from November 2002 to March 2003. The catalogue was written by Christopher Menz.

The exhibition featured one of the largest collections of world famous Morris & Co. furnishings to be seen outside of Britain and displayed more than 100 items, including furniture, carpets, tapestries, wallpapers, embroideries and tiles produced between 1880 and 1900.

William Morris (1834 – 1896) was one of the greatest pattern designers of all time and became the most influential British interior designer of the late 19th and early 20th centuries, enjoying an international reputation and clientele.

Morris & Co. gained recognition at the London International Exhibition of 1862, and this success brought substantial commissions including designs for the interiors for at St James Palace, London, in 1866-67 and the beautiful Green Dining Room (now the Morris Room) at the Victoria and Albert Museum in 1867.