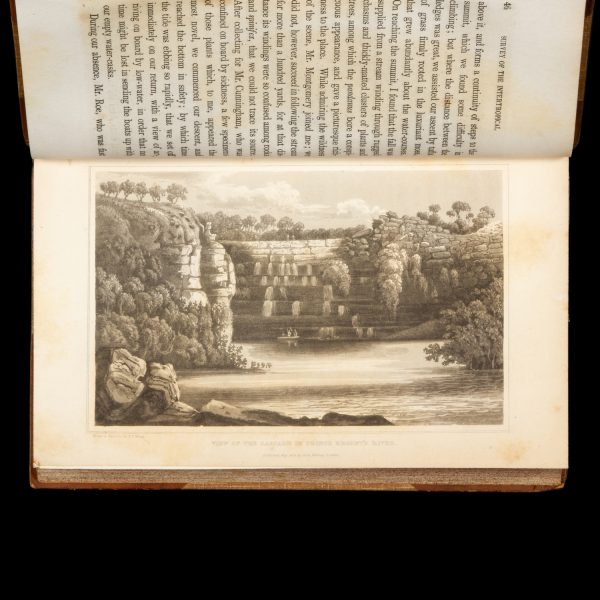 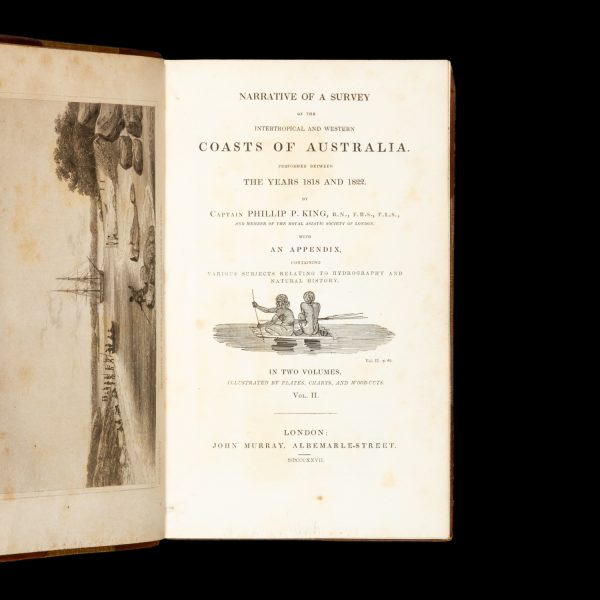 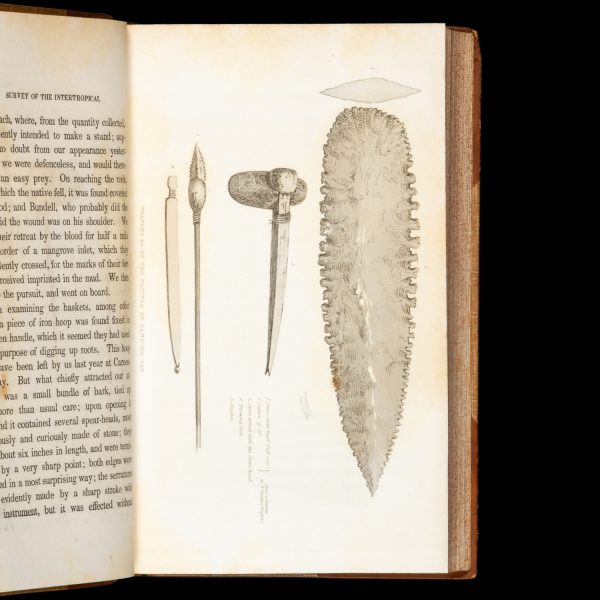 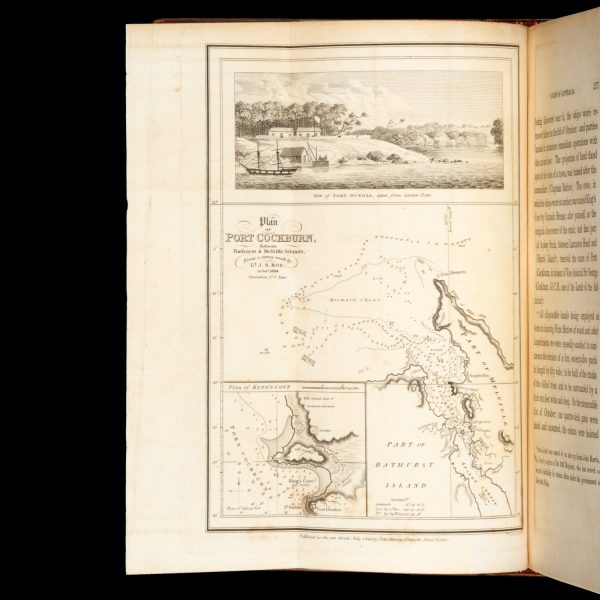 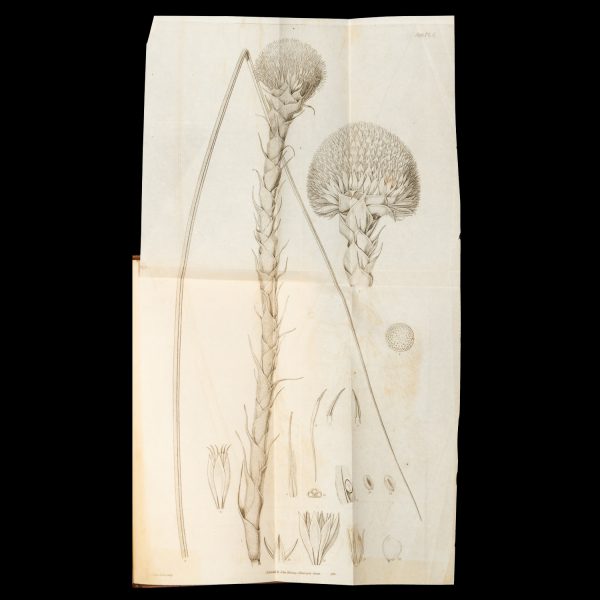 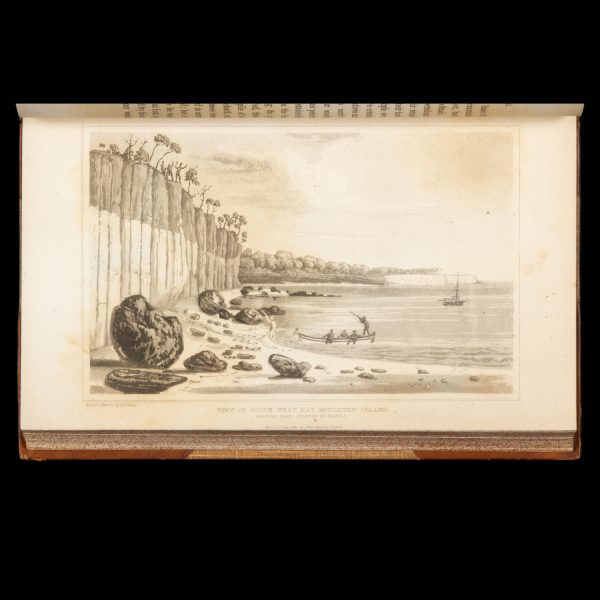 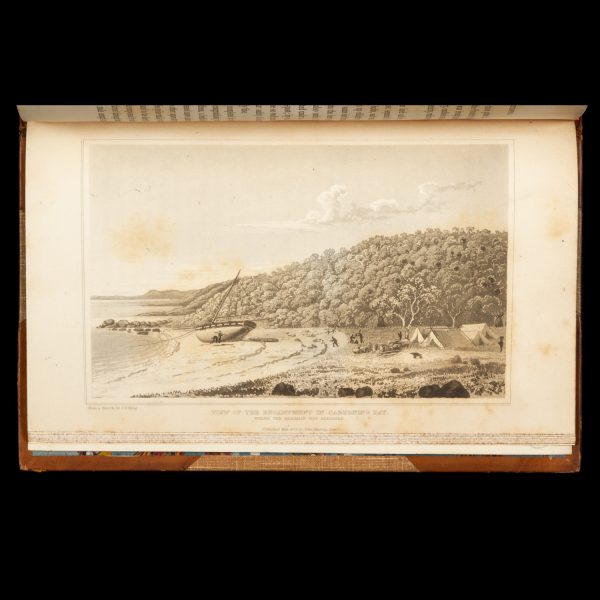 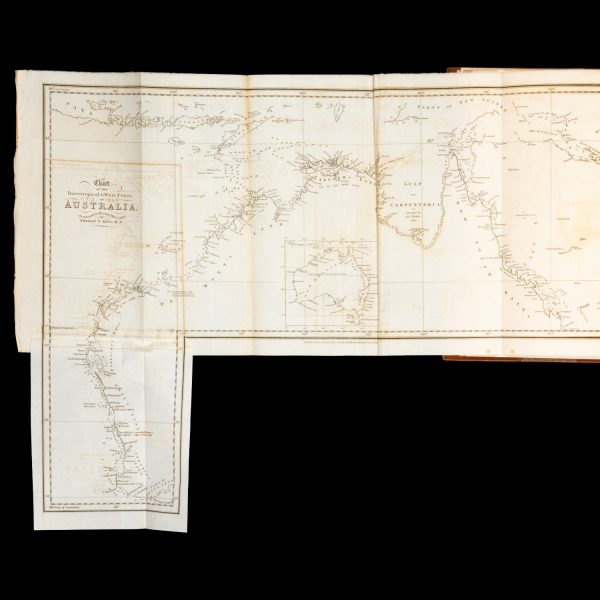 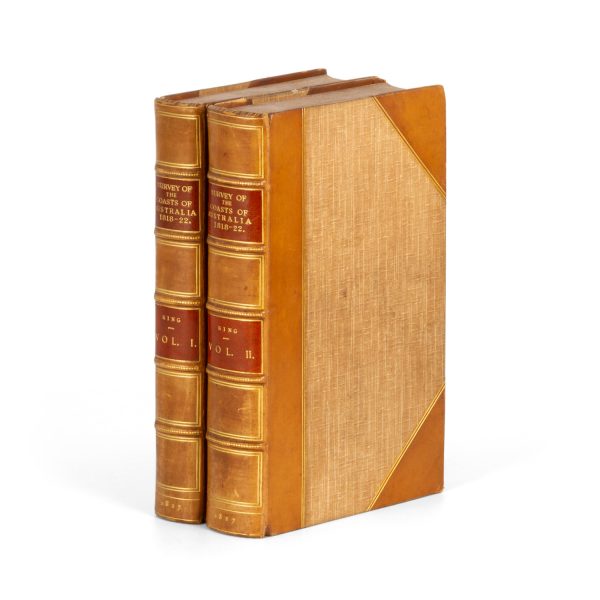 Narrative of a survey of the intertropical and western coasts of Australia : performed between the years 1818 and 1822

Phillip Parker King (1791-1856) was the son of the third Governor of New South Wales, Philip Gidley King, and is notable as the first Australian-born hydrographer. In 1817 Lieutenant King was commisioned by the British government to complete Flinders’ interrupted coastal survey of the continent by exploring and charting the north and north-western coasts of New Holland, with the aim of establishing Britain’s claim to those regions. Between 1818 and 1822 he largely accomplished this task, charting most of the west, north and north-eastern coasts. In addition, he carried out extensive survey work along the Barrier Reef. The fact that many modern charts are based on those of King is testament to the accuracy of his hydrographical work.

Narrative of a survey was first published in 1826, but the first issue is very rare. It was re-issued with new title-pages (as the present set) the following year. Both volumes contain significant descriptions of encounters with indigenous peoples, and Appendix D is a Comparative Table of the Languages of the Natives, with some general remarks. The second volume of the set contains a substantial chapter (over 200 pages) on natural history observations made by the expedition, broken down into sections on birds, reptiles, fish, botany, and geology.

Ferguson, 1130; Wantrup, 84b “An essential inclusion in any collection of books relating to Australian coastal discovery”; Hill, 927