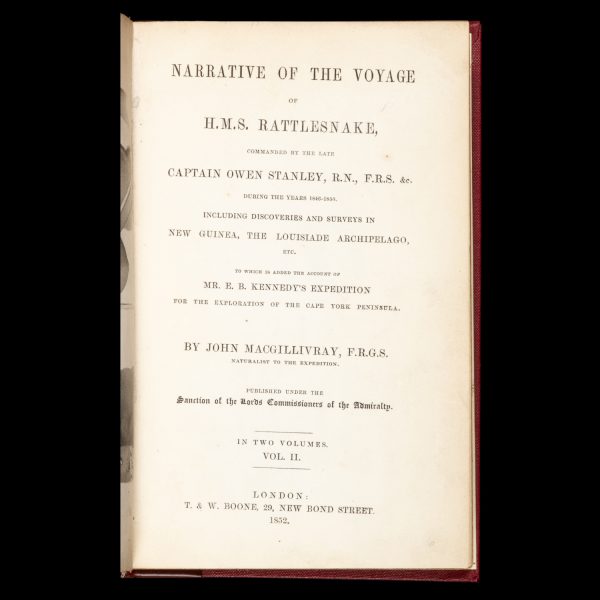 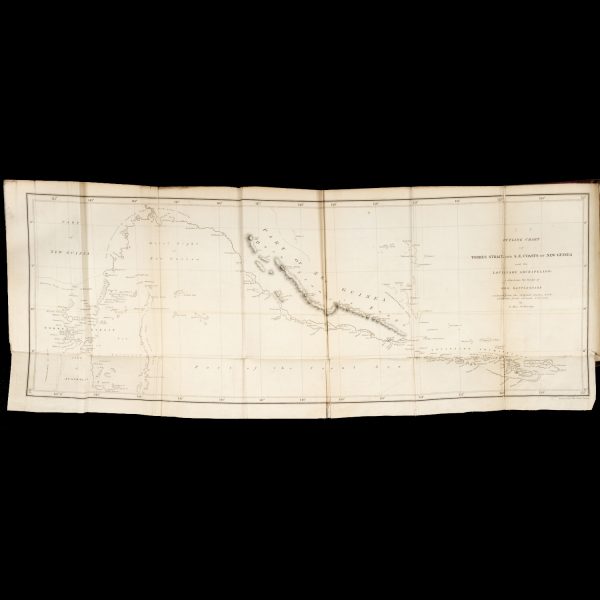 Including discoveries and surveys in New Guinea, the Louisiade Archipelago, etc. To which is added an account of Mr. E. B. Kennedy’s expedition for the overland exploration of the Cape York Peninsula.

The surveying voyage of HMS Rattlesnake, and the rarest of Boone’s publications on Australian exploration. It includes important hydrographical surveying of the Great Barrier Reef and New Guinea, as well as William Carron’s account of the fateful Kennedy expedition across Queensland. The plates are after artists T. H. Huxley and Oswald Brierly.

Provenance: The Papuan Collection of Charles Fletcher (Melbourne), his bookplate to the front free endpaper.