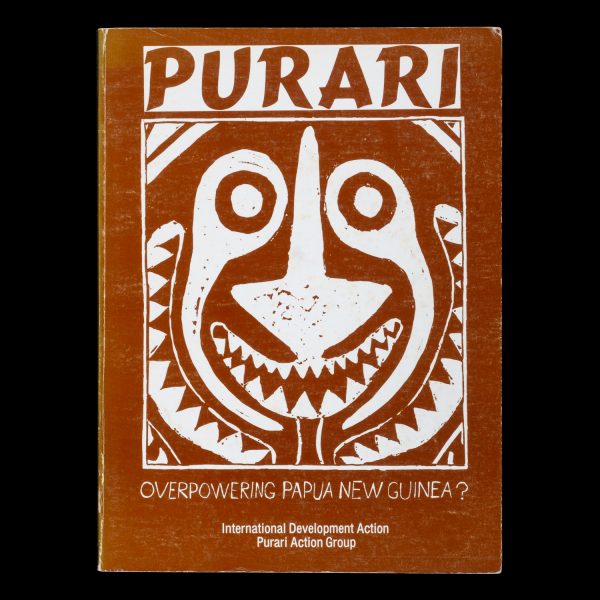 An environmental impact study compiled by a group of Melbourne conservation activists.

‘Four years before Papua New Guinea became independent, investigations began into the damming of the Purari River in the Gulf Province. Electricity from a dam at Wabo would be transmitted to an industrial complex on the coast and supply the largest aluminium smelter in the world. The studies were initiated by Japanese industry with an eye on Australia’s mineral wealth. Australia, PNG’s colonial ruler and a major supplier of raw materials to Japan, cooperated. PNG endorsed the studies in the midst of its struggle for nationhood. Today, as investigations into it continue, the Purari scheme represents the fork in the road to PNG’s future … This book, published for the Purari Action Group, is the first major critical study of the proposed Purari hydroelectric developments….’ (back cover)