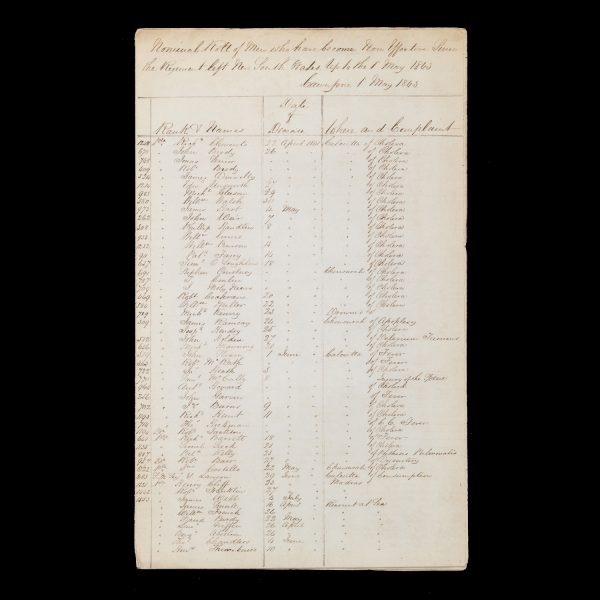 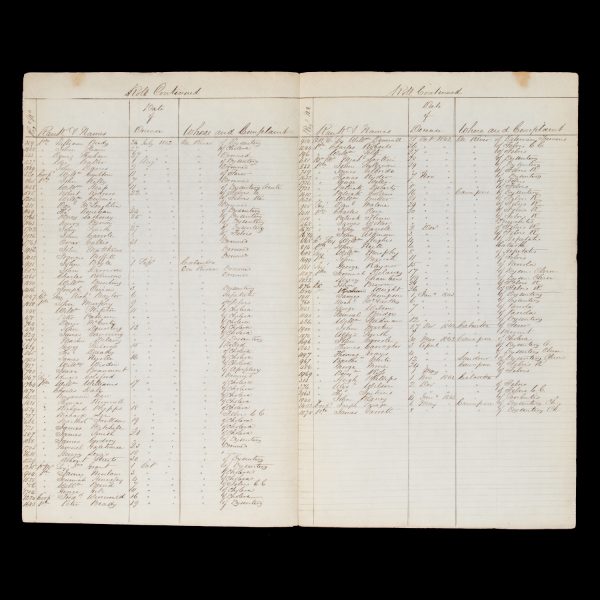 [Drop title] Nominal Roll of of Men who have become Non Effective Since the Regiment left New South Wales, up to the 1 May 1843, Cawnpore, 1843. Manuscript in ink on pale blue wove paper, folio (340 x 205 mm), 2 bifolia written on [6] sides in a neat clerical hand, manuscript column rules; a very well preserved document.

The 50th (Queen’s Own) Regiment of Foot (1755-1881), which at the time was comprised of soldiers chiefly of Irish origin, arrived in New South Wales in 1834-35, in detachments serving as military guards on convict transports. The regiment remained in the colony for six years, and was distributed mainly in the Parramatta, Windsor, Liverpool and Berrima districts. In January 1841 it sailed for Bengal.

This manuscript document, kept as a regimental record, is a testament to the horrors of life (and death) in India suffered by the men of the 50th, initially in Chinsurah and Fort William and later at Cawnpore. Only a handful of men had died whilst the regiment was stationed in New South Wales, but in its first two years in India, between April 1841 and May 1843, the regiment lost an average of a dozen men per month – 280 in total – almost exclusively to infectious diseases. Cholera, and to a lesser extent dysentery, were responsible for the overwhelming majority of the deaths recorded in this document. In each case the soldier’s regiment number, name and rank, and date, cause and location of death are listed.