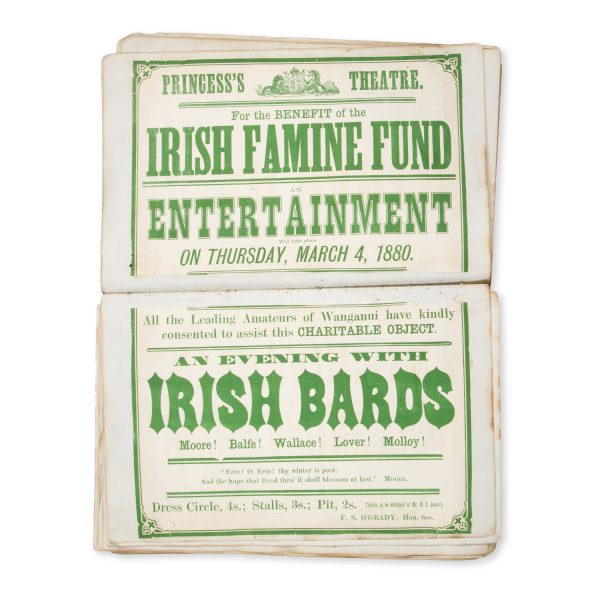 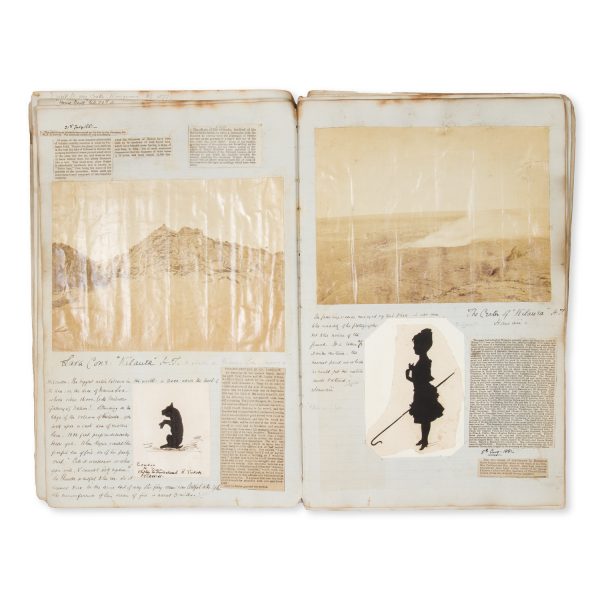 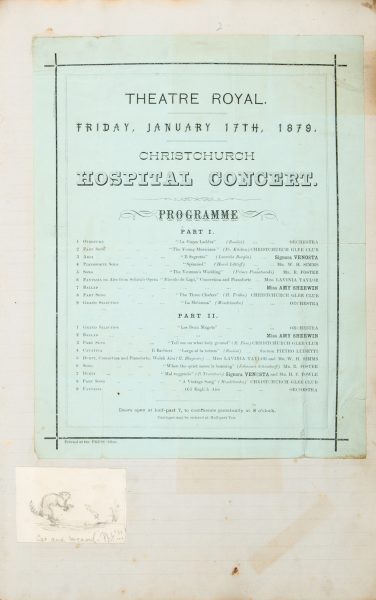 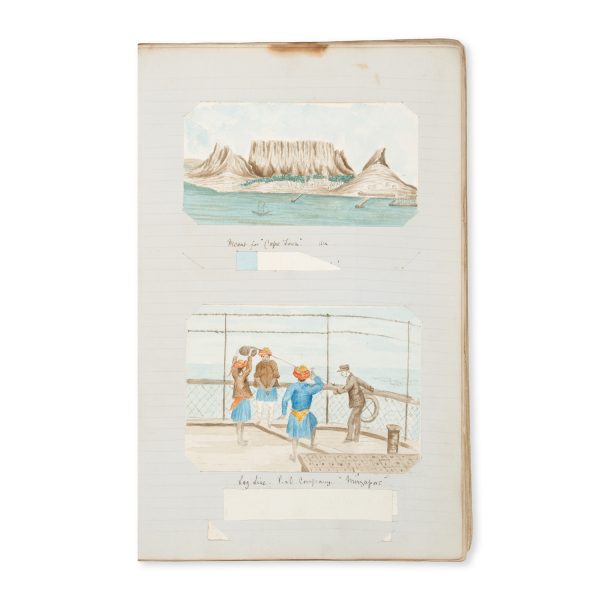 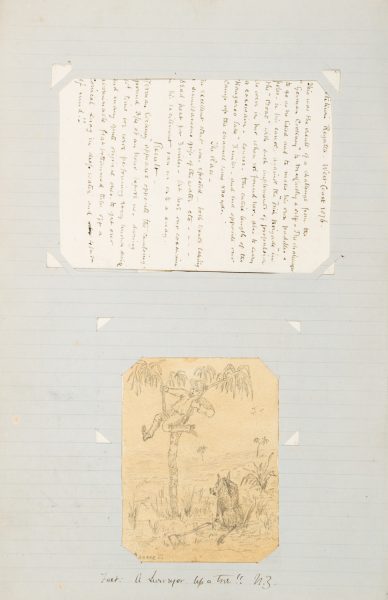 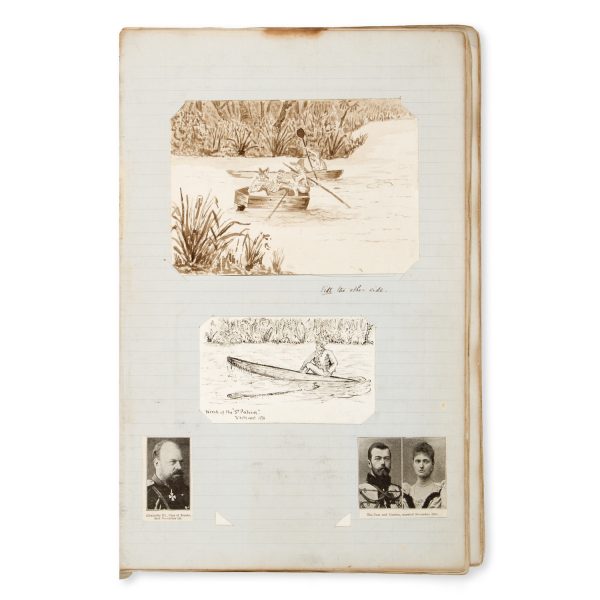 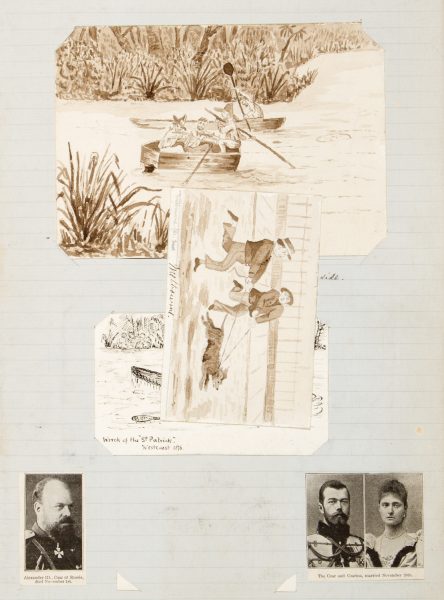 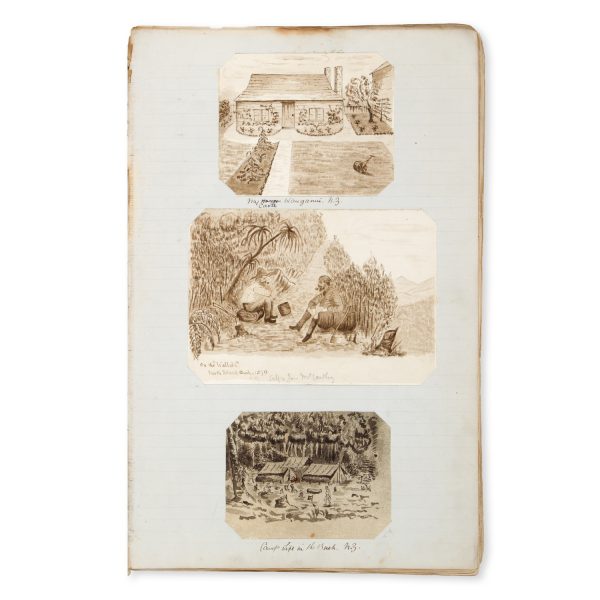 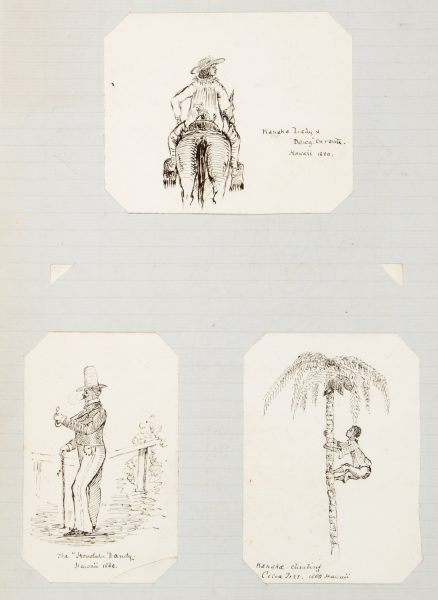 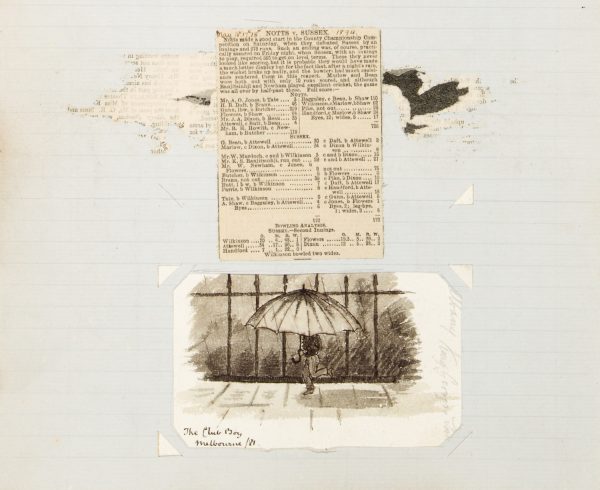 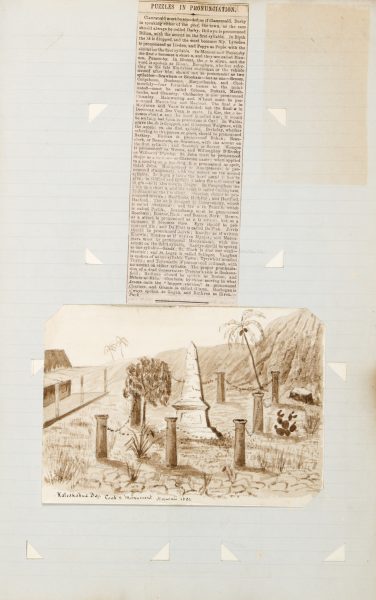 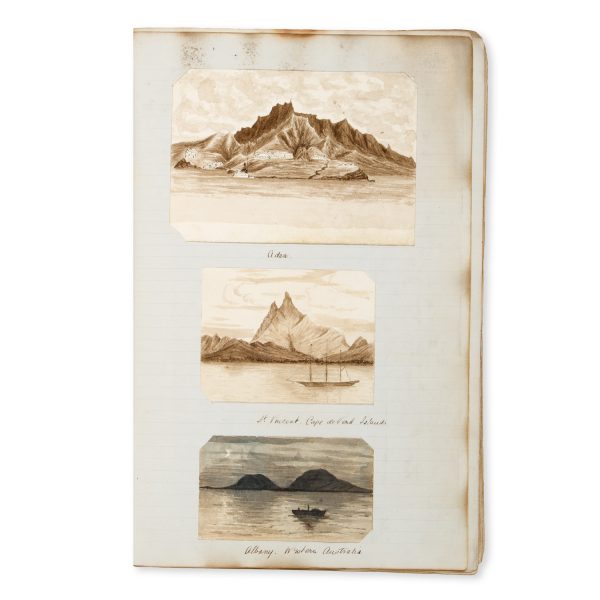 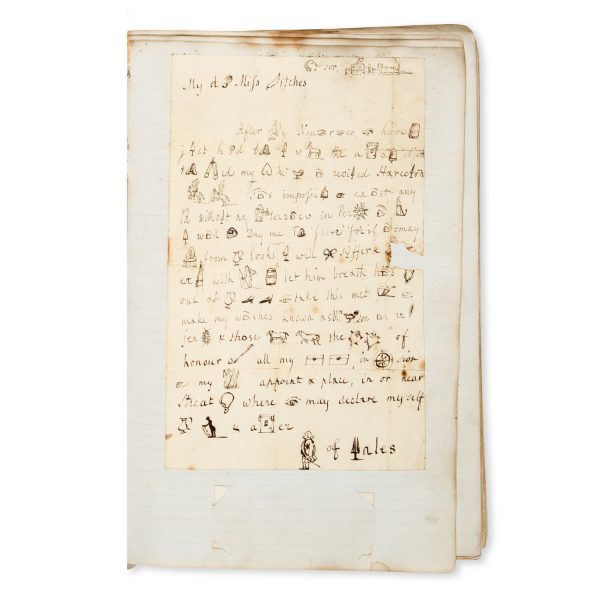 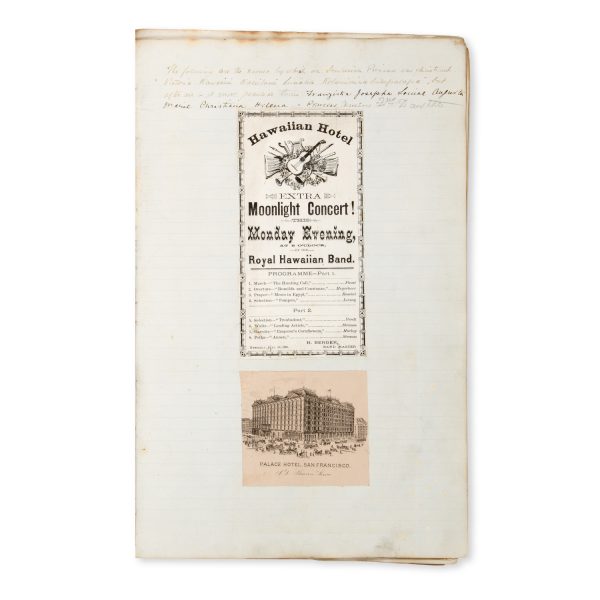 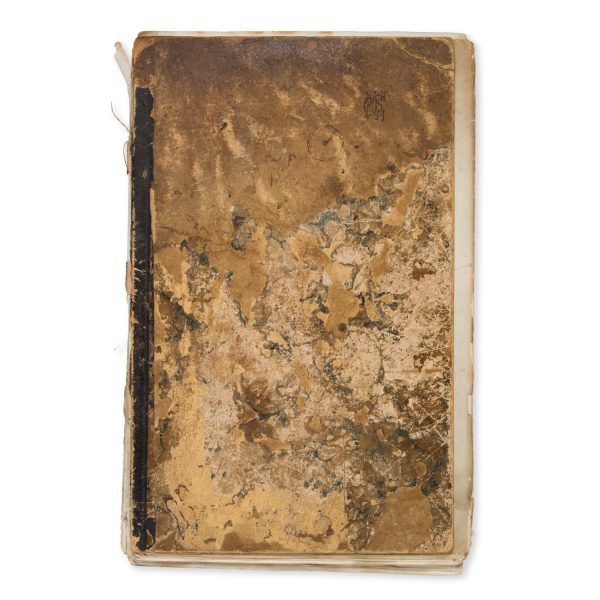 A fascinating treasure trove that constitutes a time capsule of four decades –  one of them spent in New Zealand – in the life of an Irish aristocrat of the late nineteenth century.

Nineteenth-century commonplace album. Folio, original marbled papered boards (heavily worn, lacking most of the leather backstrip), containing 160 pages completely filled with original manuscript material, ink and wash and pencil sketches, newspaper cuttings and printed ephemera, much of it relating to the compiler’s time in New Zealand from the beginning of 1873 to the end of 1880; most of the non-manuscript material is laid down on the pages, some is “window-mounted” (i.e. is removable), and a small amount is loose; a number of pages have become disbound, but the album appears complete and there is very little foxing evident.

Frederick Standish O’Grady, 6th Viscount Guillamore (1847-1927), a member of the Irish peerage from Cahir Guillamore, County Limerick, later of Derbyshire, was educated at Charterhouse and Oxford (the album contains his graduation certificate), where he gained a reputation as an outstanding athlete and cricketer. O’Grady’s great passion, however, was the theatre. In October 1872 he travelled to Canterbury, New Zealand on the Crusader, via Albany and Melbourne (the album contains his Shaw Savill cabin ticket for the passage). In New Zealand he initially stayed with his cousin Thomas O’Grady, “Father of the New Zealand Police Force“, at Leithfield, a small township north of Christchurch. He later resided for a number of years in Wanganui, where he performed on the stage and became honorary secretary of the Princess’s Theatre. The album contains a great deal of material relating to his long sojourn in New Zealand. There is a large amount of Wanganui and Christchurch theatre ephemera, including numerous printed and handwritten programmes, and a spectacular folded poster for an Irish Famine Fund concert in Wanganui on March 4 1880, organised by O’Grady himself. The album pages often feature O’Grady’s own comments regarding these productions and events. A number of ink and wash sketches, all highly competent and charming, depict O’Grady’s experiences in the New Zealand bush. O’Grady eventually returned to England, via Hawaii, late in 1880. There are sketches and photographs of Hawaii, including dramatic albumen print views of Kilauea volcano; and small sketches depicting scenes in Melbourne, Albany and other locations on the outward and homeward voyages. The album also contains material from the 1860s, much of which relates to his family history and the world of the theatre, including programmes for productions in which he took part in England; and from the 1880s and 1890s, mostly relating to the theatre, cricket and news from New Zealand.

Time and space does not permit a fully itemised list of the album’s contents; please view the images we have uploaded, which provide a good representational sample of the wide range of subject matter and format of the material, as well as an idea of the typical layout of the album pages.