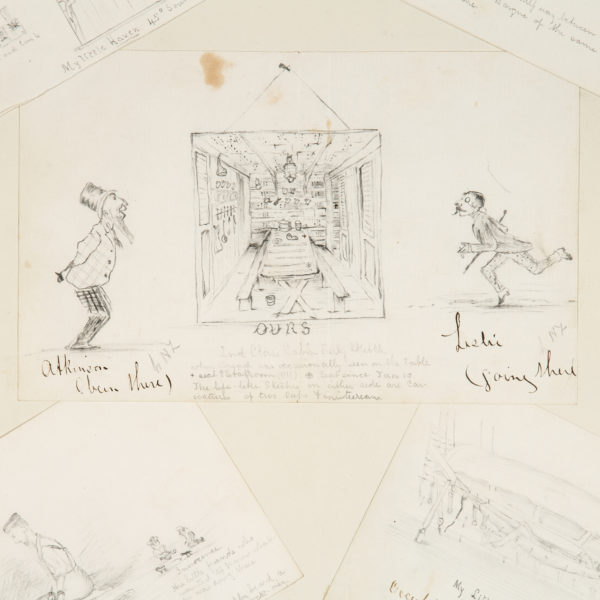 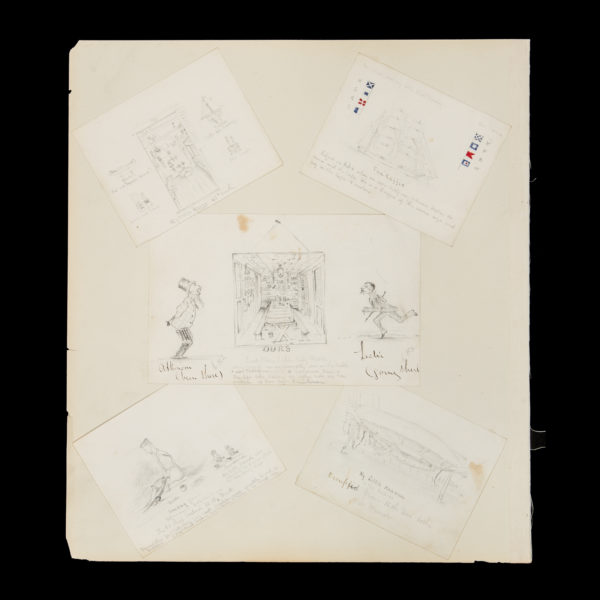 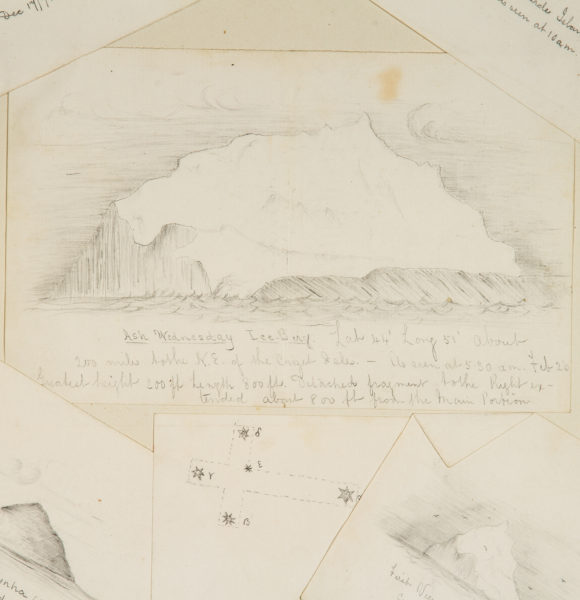 [NEW ZEALAND] Sketches made by a passenger on board the ship Cape Finisterre, London to Lyttleton, 1878-79

The emigrant ship Cape Finisterre sailed from London in December 1878, and arrived at Lyttelton, New Zealand, on 31 March 1879. One of the passengers on board was James J. Ledger, whose hand-illustrated manuscript journal In Search of a Home at the Antipodes documents his voyage experience. Ledger’s important journal is now held in the collection of the Alexander Turnbull Library (Ref: MSX-9415). References in the captions beneath the sketches laid down on the two album leaves we offer here – including specific dates, as well as the ship’s name – clearly indicate that they originate from an album kept by an unidentified emigrant who travelled as a 2nd Class passenger on the same voyage of the Cape Finisterre as Ledger. The sketches even include views of the same iceberg as that illustrated by Ledger in his journal, which was sighted in the southern Indian Ocean on Ash Wednesday, February 26 1879.

Album leaf 1. 350 x 300 mm (sheet). Five pencil sketches with captions in pencil and ink (largest 113 x 180 mm; in very good condition, a couple of minor toning spots); subjects include views of the interior of the artist’s cabin; a passing ship, the Kaffir, sighted between Tristan da Cunha and Cape of Good Hope on February 6 1879 – the ship’s name, and that of the Cape Finisterre, are spelled out in marine signal flags by the artist; “caricatures of two Cape Finisterreans”, fellow passegers Atkinson (who has been to New Zealand before) and Leslie (who is going to New Zealand for the first time); the artist’s depiction of himself reclining in his favourite hammock, “My little Heaven in the tropics”; and a portrait of a sailor who was chained to the deck on January 5 1879 as punishment for stealing £5.