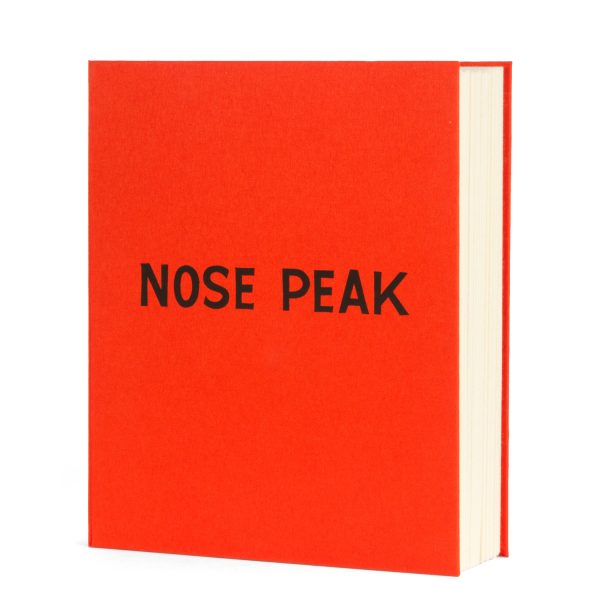 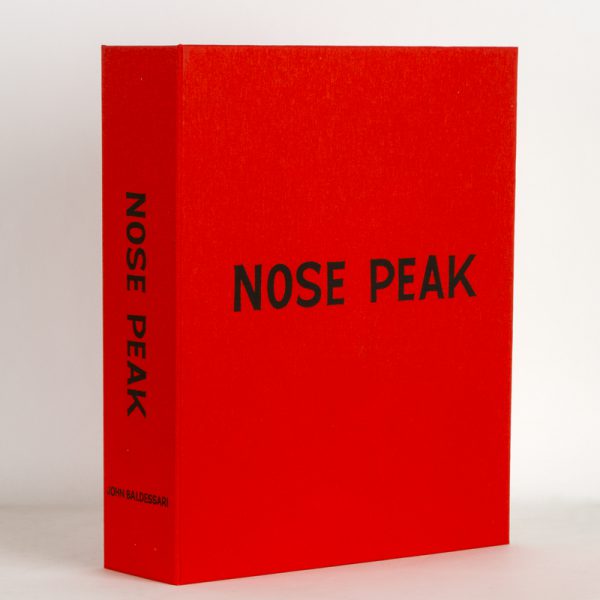 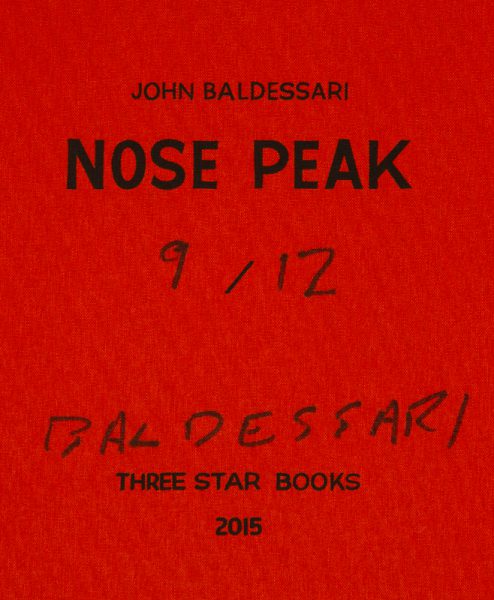 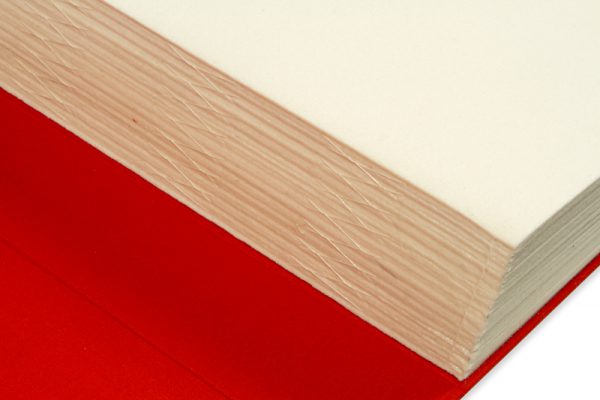 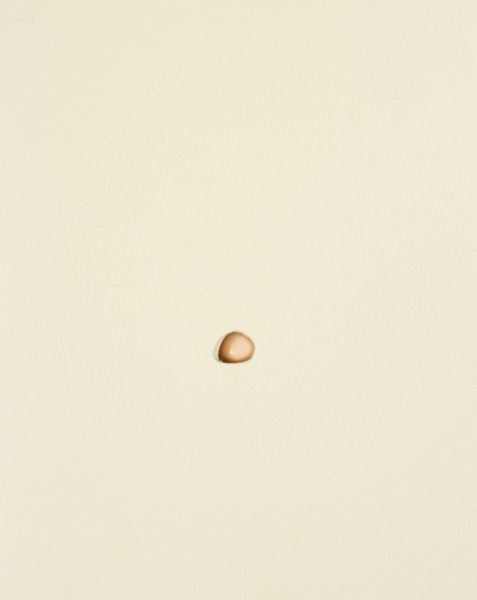 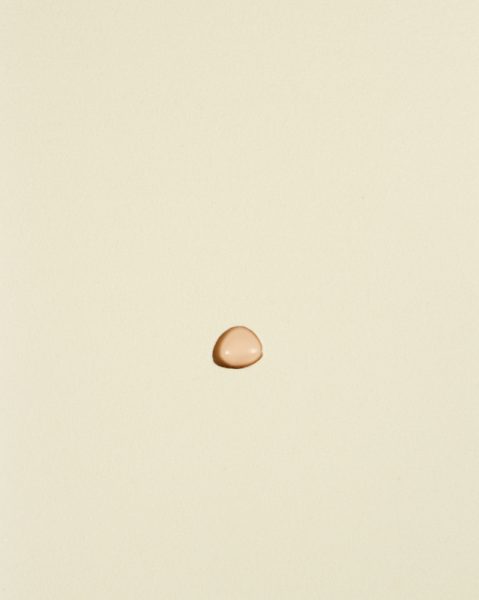 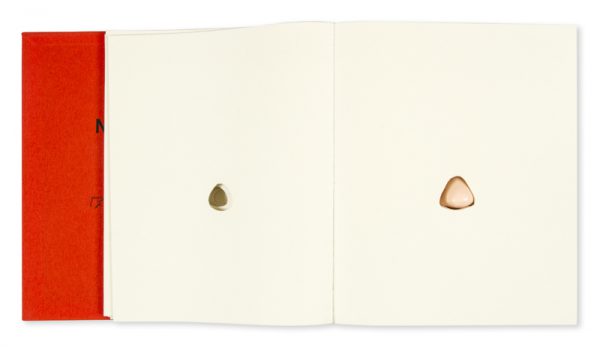 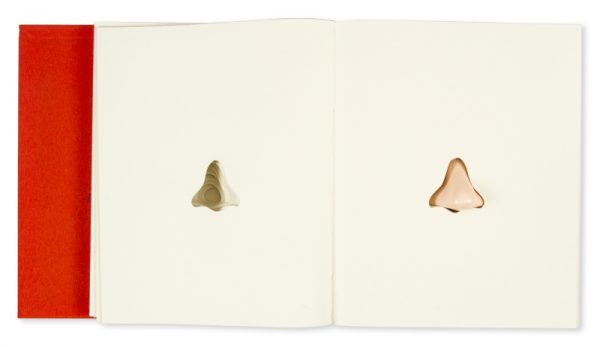 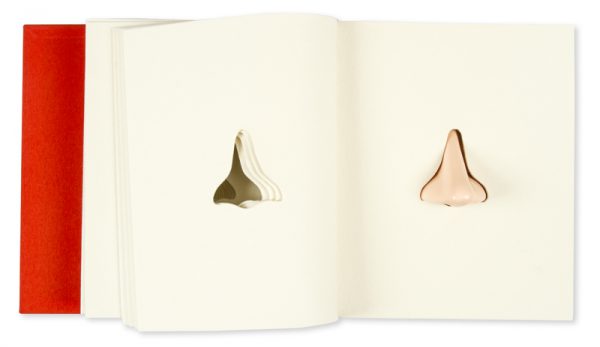 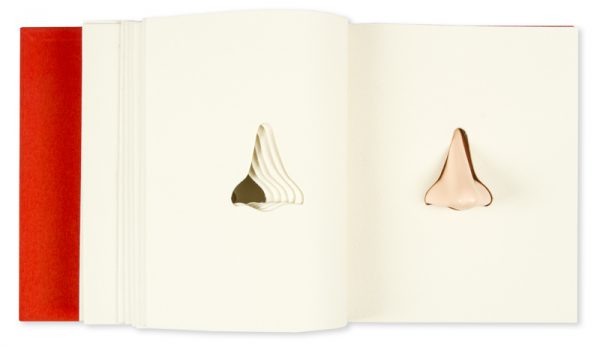 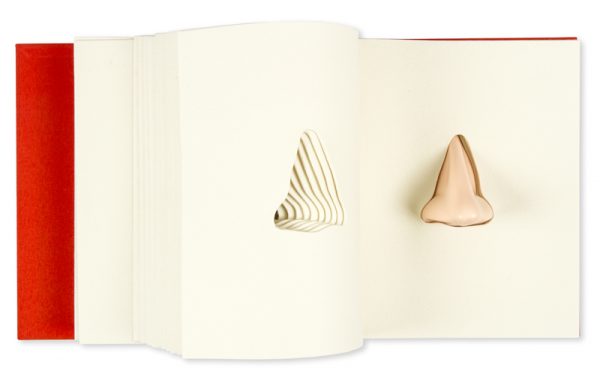 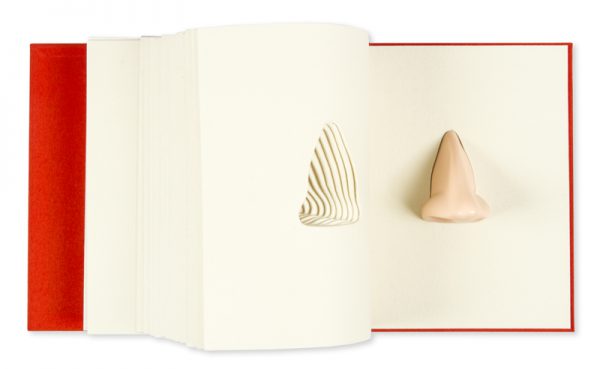 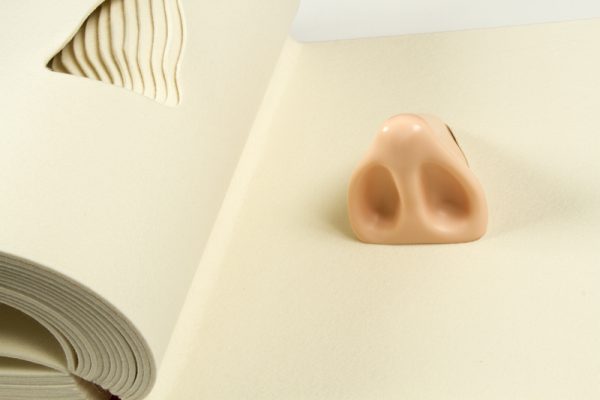 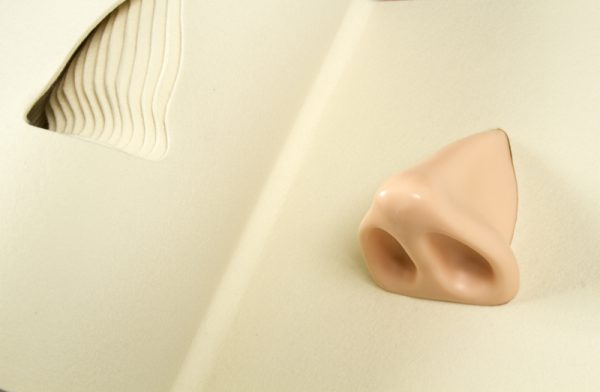 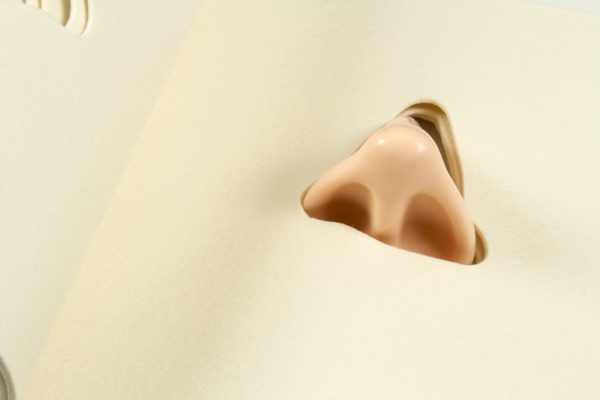 ‘Since God Nose in 1965, John Baldessari’s taste for noses has been established, and even if the artist has been masking faces with color dots for a long time, it is not so random to see this appendage popup in a different form by itself or accompanied by a pair of ears. From a celebration of the senses to the question of identity and its complications (without forgetting the artist’s inherent interest in Magritte) we find here a number of themes and their significations which have come to inform his body of work.

Nose Peak, realized by John Baldessari and published by Three Star Books, recalls the smuggler’s bible or falsely boxed books previously used to store jewels or liquor, or worse.  This hyperrealist nose, conceived in the manner of an erudite man wholly possessed by dedication, was sculpted based on various death masks of Gogol and is encased in a magnificent volume of reliquary allure. Whether this book is interpreted as an homage from Baldessari to himself (masked behind Gogol’s real/fake nose) or as an homage to Gogol himself, all impressions lead back to the artist’s obsessions. To turn the doubly silent pages of such a book (as words are missing and the felt pages stifle the sound) is to follow a path leading to various points of view on Nose Peak.  In a piece dedicated to Gogol, the writer Vladimir Nabokov cited a Russian diction that read, “the man with the longest nose sees further” adding to this that “Gogol saw with his nostrils”.

One can rest assured that with his newest work, John Baldessari invites us here to better see and heighten our senses’ – Publisher’s catalogue, Paris, January 2015