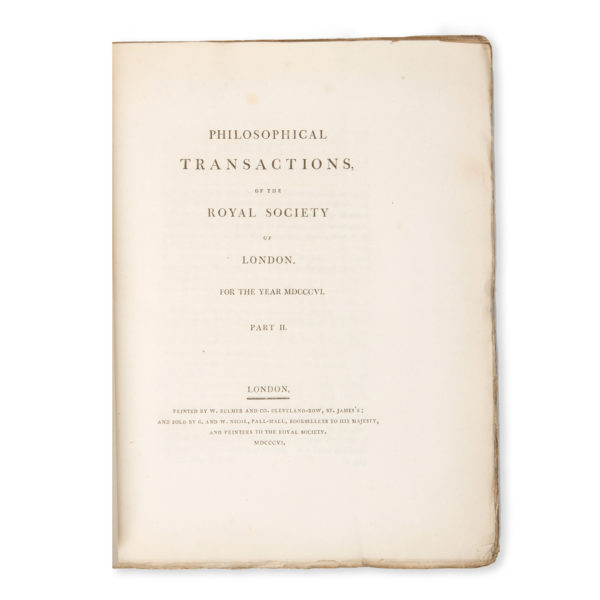 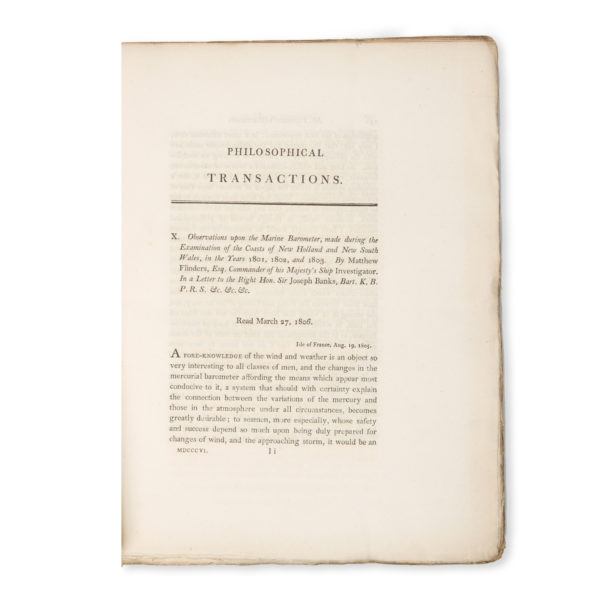 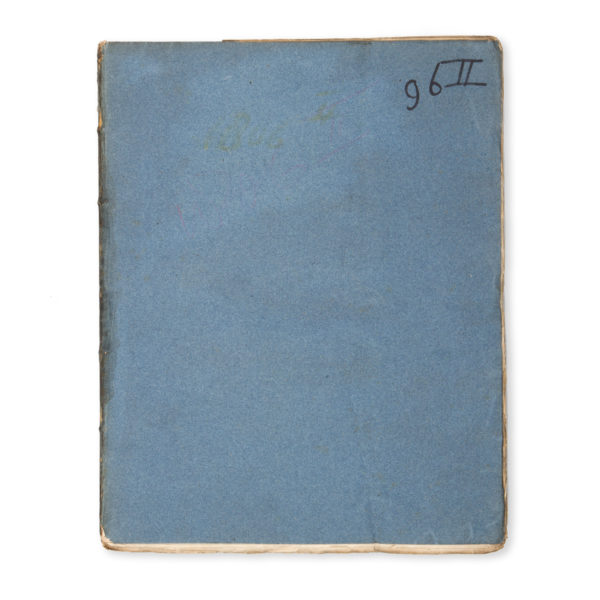 Observations upon the marine barometer, made during the examination of the coasts of New Holland and New South Wales, in the years 1801, 1802, and 1803.

Contained within: Philosophical transactions of the Royal Society of London for the year MDCCVI. Part II. London : printed by W. Bulmer, 1806. Quarto, original plain blue wrappers, pp. iv; 239 – 473; [8]; 12 engraved plates (some folding), the plates foxed but the text clean, all edges uncut and a little dusty, a fine example.

An important scientific paper which relates to Flinders’ observations on the relationship between atmospheric pressure with regard to variation and deviation of navigation by magnetic compass. In this article, Flinders uses the term Australia for the first time in a scientific context in reference to the island continent. In 1814 his atlas would include the first map of the continent entitled Australia. The term Australia had been used previously to reference an undefined southern landmass however it was Flinders who would advocate this term as the agreed name for the continent. The matter of naming the continent was one contested with Sir Joseph Banks, who favoured Terra Australis. Flinders’ Australia would, however, eventually prevail.