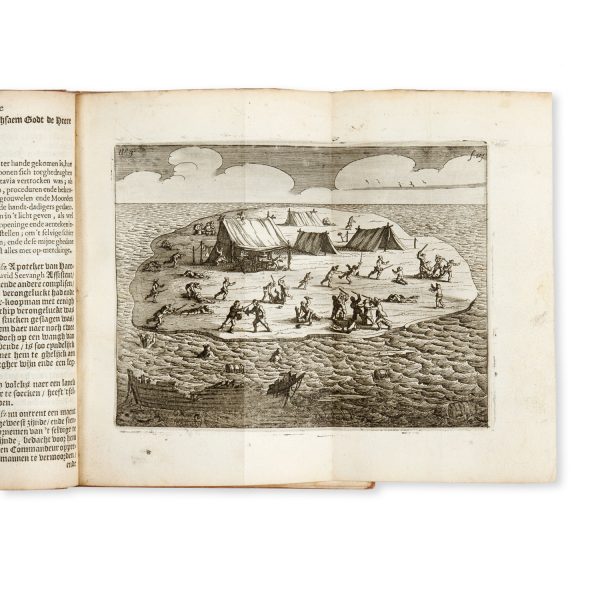 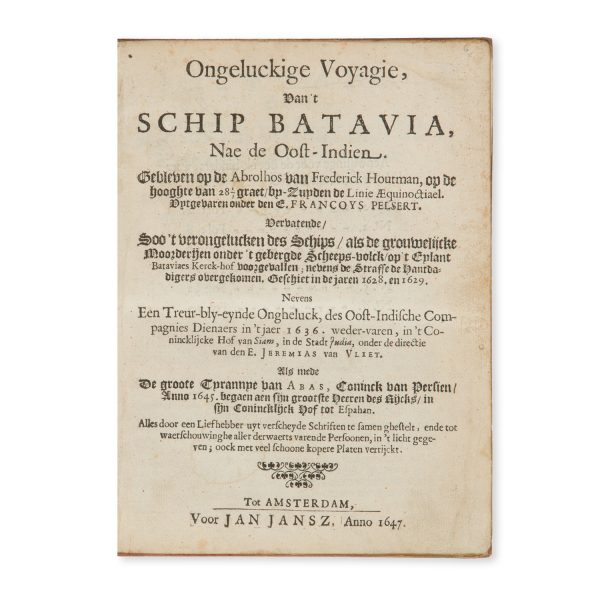 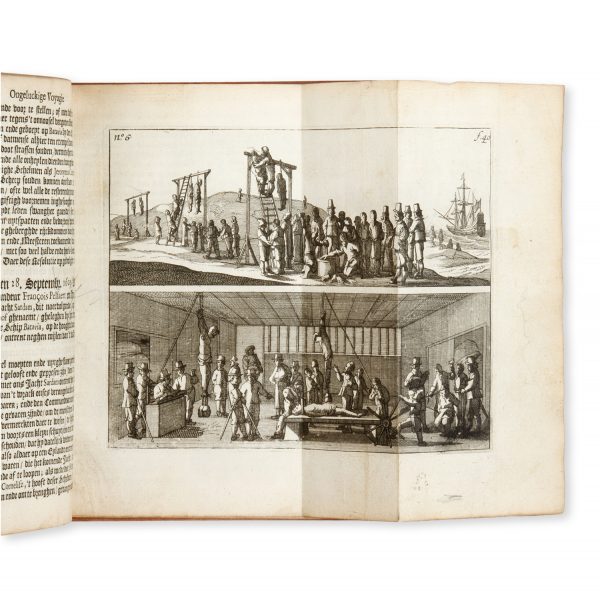 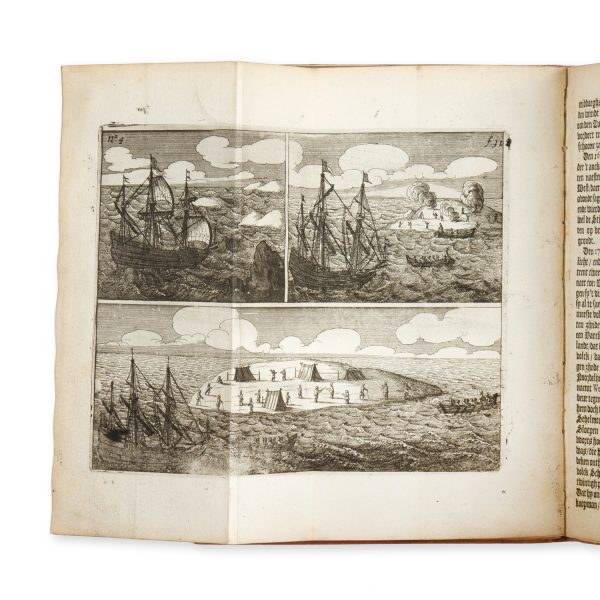 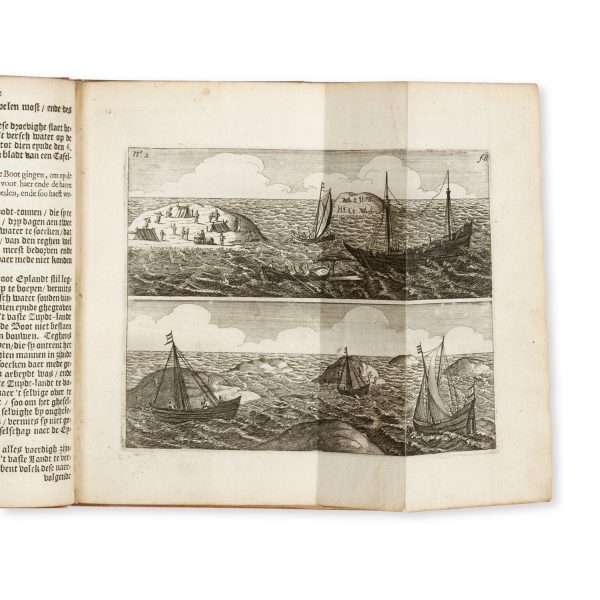 The first book on Australia; the first European images of Australia; a legendary rarity.

The story of the shipwreck of the Batavia remains one of the most gripping in all maritime history. In 1629, the VOC ship Batavia under the command of François Pelsaert was wrecked on Morning Reef on the Houtman Abrolhos off the West Australian coast, during her maiden voyage from the Netherlands to Batavia, Java. There were over 300 passengers aboard, mainly settlers, merchants and their families, of whom 40 drowned while attempting to reach shore. The survivors were grouped on two small desolate islands, while Pelsaert and his crew searched the shore on the mainland for a fresh water supply, to no avail. Faced with disaster, Pelsaert and a few companions sailed by longboat along the West Australian coastline and north across the Indian Ocean to the settlement at Batavia, a remarkable feat of navigation which took 33 days and was achieved without fresh supplies.

The Batavian Governor-General gave Pelsaert command of a rescue vessel, the Saardam, and he sailed back to the site of the wreck, arriving two months after his original departure. Pelsaert made the horrific discovery that a brutal and sustained massacre had taken place under the authority of Jeronimus Cornelisz, the apothecary he had left in charge in his absence. During the Batavia’s voyage Cornelisz had already entertained thoughts of mutiny, and these manifested themselves during Pelsaert’s absence. Cornelisz, together with a band of mutineers loyal to him, imposed a reign of terror over the other survivors. More than 110 men, women and children were murdered; the women were subjugated to sexual slavery by Cornelisz and his followers, and Cornelisz eliminated any perceived threats to his personal authority.

As part of his strategy to seize control, Cornelisz had sent a party of soldiers to a nearby island in search of water, only to abandon them there to perish. In an ironic twist, this island did hold good supplies of fresh water, and at the time of Pelsaert’s return, the abandoned soldiers were engaged in combat with the mutineers; the soldiers had managed to capture Cornelisz, and now held him hostage. As Pelsaert’s ship approached, both the mutineers and soldiers raced towards it; the soldier Wiebbe Hayes arrived first and was able to recount the grisly tale of Cornelisz’s brutality. The island despot and his main supporters were tried, tortured and executed, and the other mutineers were taken to Batavia for punishment. Before his hanging, Cornelisz’s arms were amputated by hammer and chisel, a scene depicted in one of the copperplates. Two offenders, Wouter Loos and a cabin boy, Jan Pelgrom de By, were left abandoned on the Australian mainland and never heard of again.

The infamous story of the wreck of the Batavia was first published in Amsterdam in 1647; the first edition is of the utmost rarity. Five editions followed in the seventeenth century, including two pirated versions, and all of these are considered rare.

The first edition of Pelsaert is one of the rarest of Dutch voyages and a foundation book for Australia.