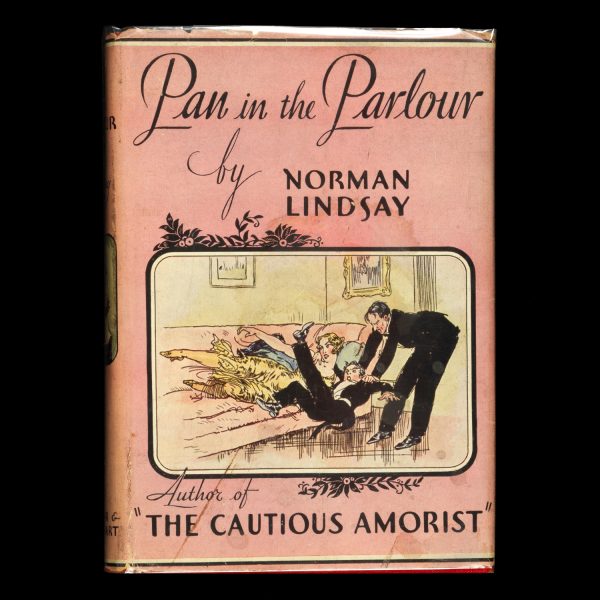 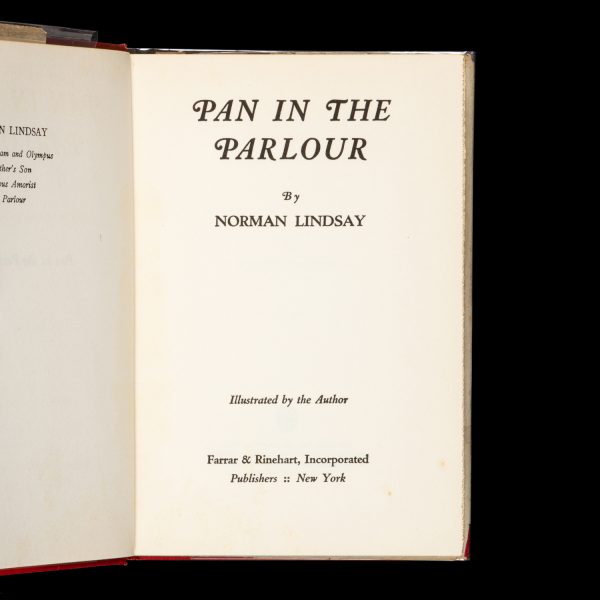 Pan in the parlour

‘When he was a young man, Mr Lindsay wrote a novel of artistic Bohemian life in Melbourne entitled “A Curate in Bohemia.” It was an amusing trifle. Just that, and nothing more. This new novel is neither better nor worse than its predecessor. The passing years have not dimmed Mr Lindsay’s adolescent view of life, nor diminished the exuberant vitality of his imagination. The scene of “Pan in the Parlour” is set in one of the author’s own small country towns. If life in them were half as lively as Mr Lindsay depicts it, the problem of the drift to the cities would be easily solved!

Andrew Tarran has given up a promising scientific career to devote himself to fowl-brooding in Quittagong. He has also drifted into an engagement with Freda, a rather colorless girl. Among Andrew’s neighbours are the Treadwaters, husband and wife, who see very little of each other, and the Cornets, also husband and wife, who see too much of each other. There erupts into this more or less placid little society a bright lad named Lawrence, the Pan of the title.

With the most outraging impudence and candor. Lawrence proceeds to set all these people by the ears. He forces them into the most amazing situations, and acts generally as an irresponsible, but irresistible, disturber of the peace. He is a typical Lindsayian creation. So too, is Woster, the hairy ancient who assists Tarran to run his poultry farm. As a result of Lawrence’s activities the Treadwaters and the Cornets come, by curious paths, to a better understanding of each other, and Tarran tears himself from his bucolic existence and returns, to his scientific work. The book contains a number of amusing sketches by the author.’ – The Herald, Melbourne,  Thursday 14 Mar 1935, p. 30 (reviewing the London edition).