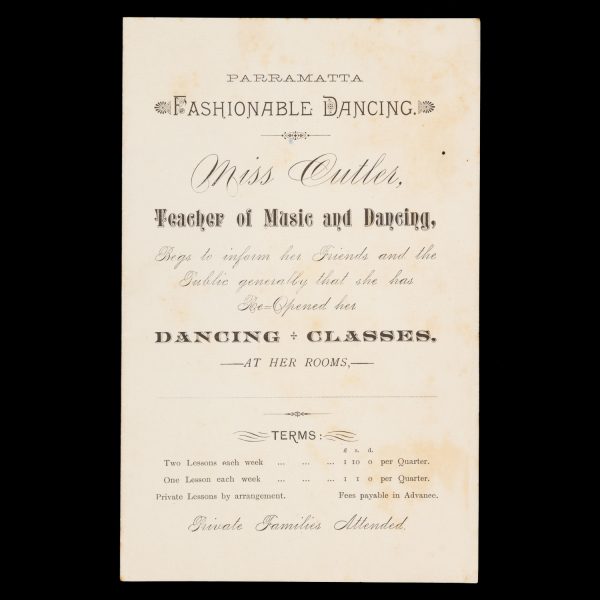 Begs to inform her Friends and the Public generally that she has Re-opened her Dancing Classes, at her rooms. [Parramatta, N.S.W.] : Eliza Cutler, [circa 1880]. Bifolium, 200 x 130 mm, [4] pp, printed first side only; light foxing and toning, small insect trail upper right of last side, otherwise sound.

Miss Cutler’s first name is known from other documents sourced from the same archive. Eliza’s obituary appeared in the Sydney Morning Herald, 6 October 1933: “CUTLER-October 4 1933 Eliza Maria Cutler of Castle Hill, and late of Parramatta, daughter of the late Samuel Cutler and granddaughter of the late Benjamin Cutler of Burwood and sister and aunt of Mr and Mrs R A Lees and family of Kensington.”