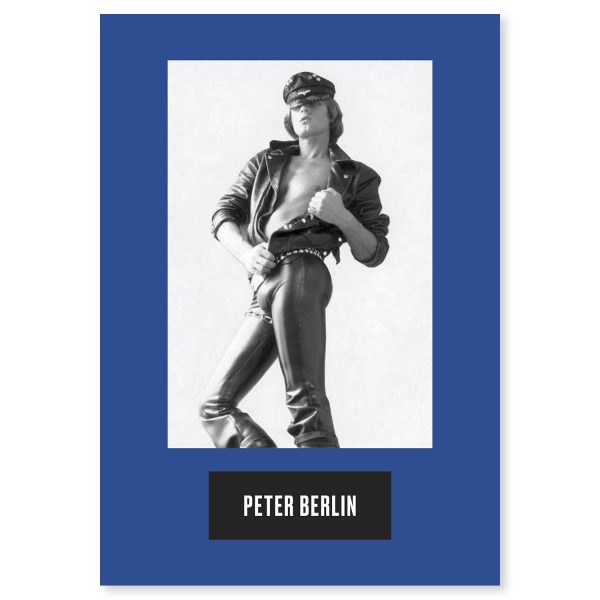 ‘Featuring the work of Berlin along with images by Tom of Finland, Robert Mapplethorpe, and Andy Warhol, Peter Berlin: Icon pays tribute to the man who in the early to mid-1970s revolutionized the landscape of gay male eroticism and became an international sensation. His self-portrait photography graced the covers of gay magazines, and defined a look that re-imagined a new masculinity among gay men and an emerging gay male culture. Peter Berlin was a self-created. Tailoring his own clothes to accentuate an already naturally defined physique, every part of his anatomy became showcased. Cruising was his career, and with a background in photography, Peter embarked on recording thousands of self-portraits. The book is edited by Michael Bullock is a writer and publisher of BUTT, Pin-Up, Fantastic Man, Gentlewoman, and Apartamento magazines.’ – the publisher.

The book is designed by Omar Sosa, Creative Director of Apartamento Magazine and is edited by Michael Bullock, a writer and publisher of BUTT, Pin-Up, Fantastic Man, and Gentlewoman magazines. Carl Swanson, Editor-at-Large for New York Magazine contributes a biographical text.