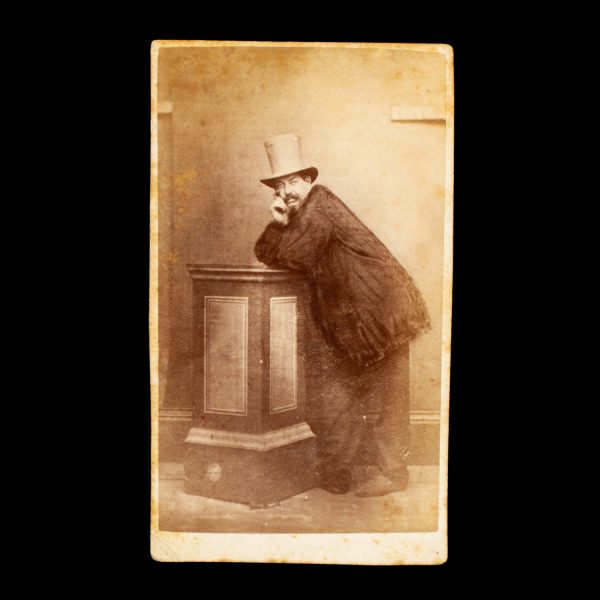 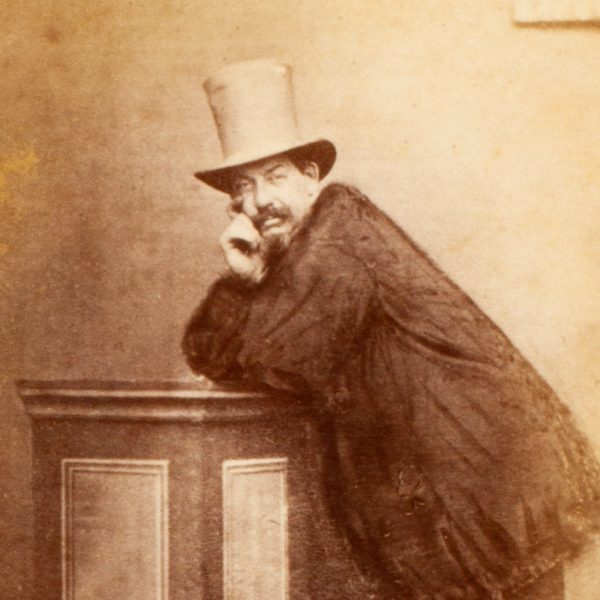 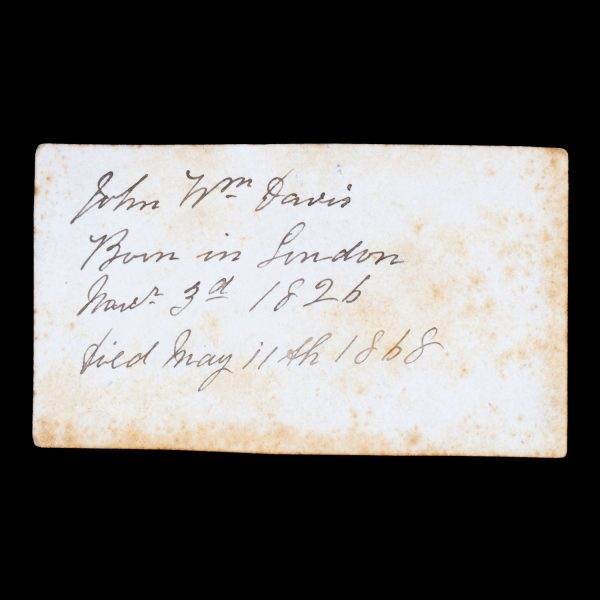 Hunched nonchalantly over a plinth, Mr. Davis’ pose is highly unusual for a colonial studio portrait of the time, and no doubt reflects his eccentric personality, as does his idiosyncratic attire – an extravagantly tall top hat and loose-fitting jacket. On top of these things he has a memorable, scrutinizing stare. Was he a comedian or an actor of sorts?

Davis was born in Middlesex and died in the Wimmera township of Stawell in 1868. Judging by his face, this portrait would have to have been taken not too long before his death, as he appears to be firmly in his 40s. Davis had married Sophia Cousins (or Couzens) in London in 1851, and the couple emigrated to Port Phillip during the gold rush around 1855 with their three young boys, John William (b. 1852, d. 1928, Horsham, Victoria), Charles Henry (b. 1852, d. 1932, Victoria), and Edward Couzens (b. 1854, d. 1937, Nhill, Victoria). They had a fourth child, Charlotte, who was born in Williamstown near Melbourne in 1858, but she died in her first year. Sophia outlived her husband by a considerable number of years. She died in Stawell in 1883.