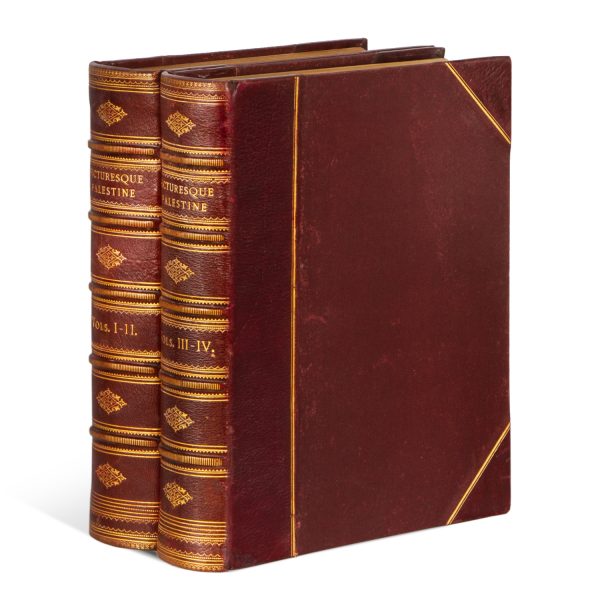 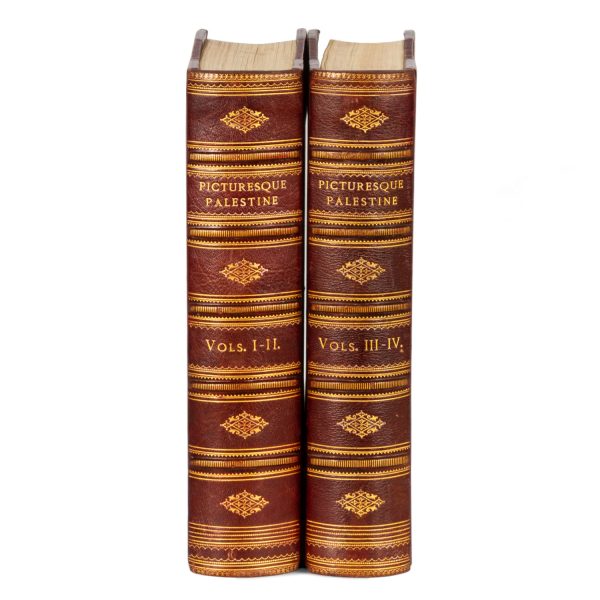 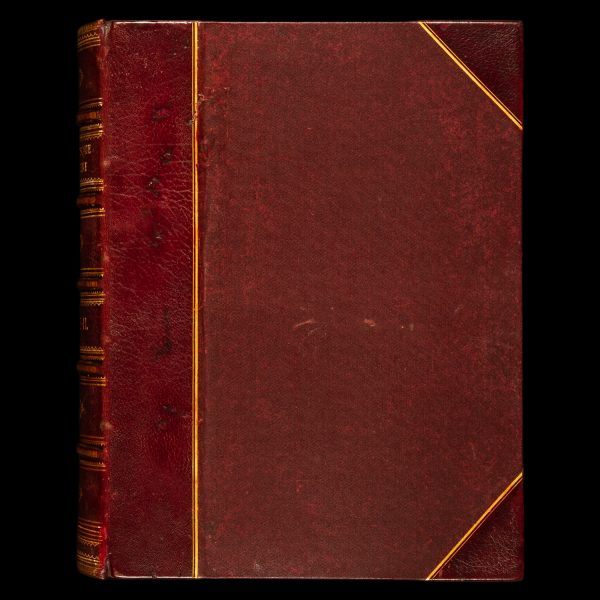 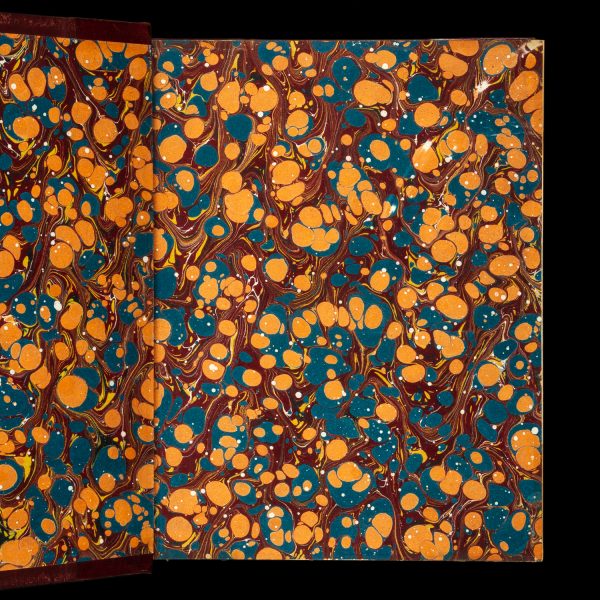 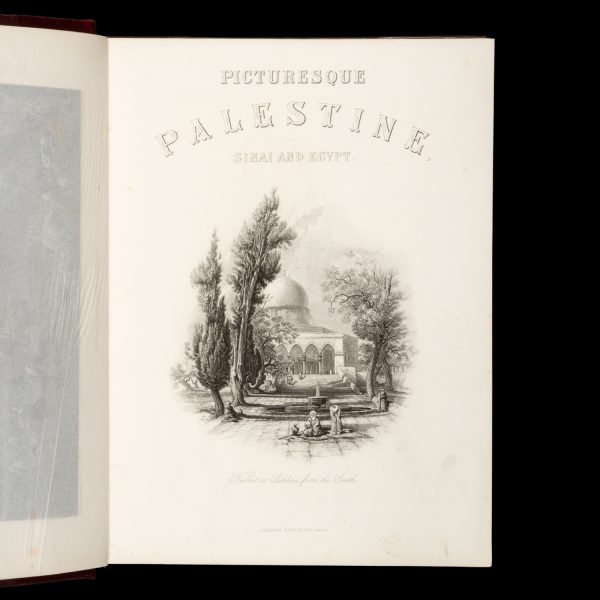 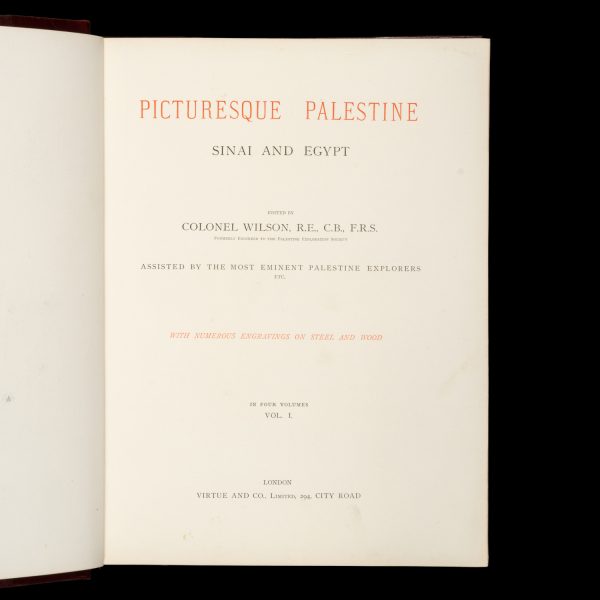 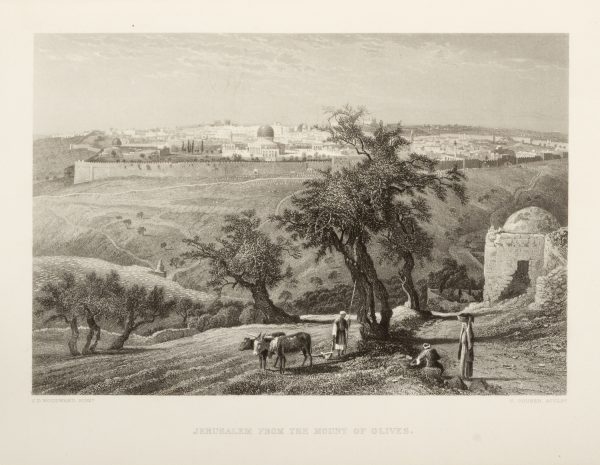 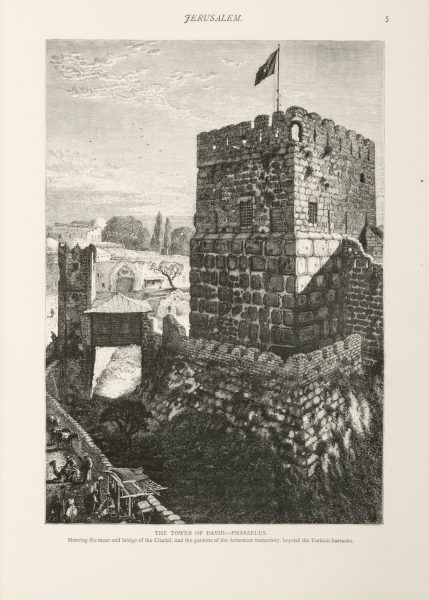 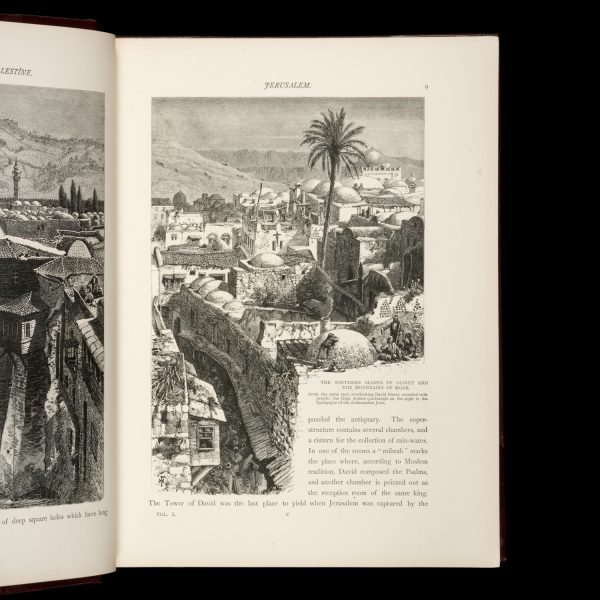 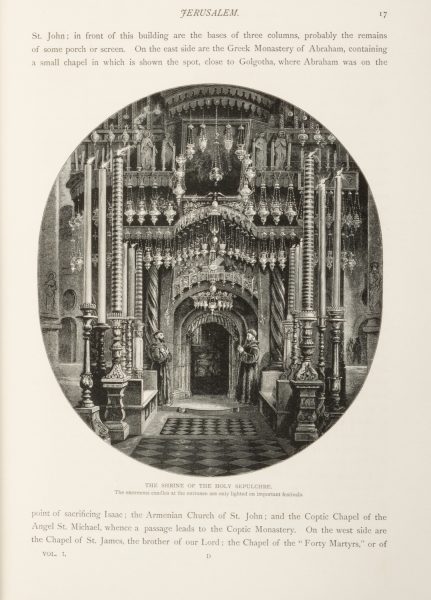 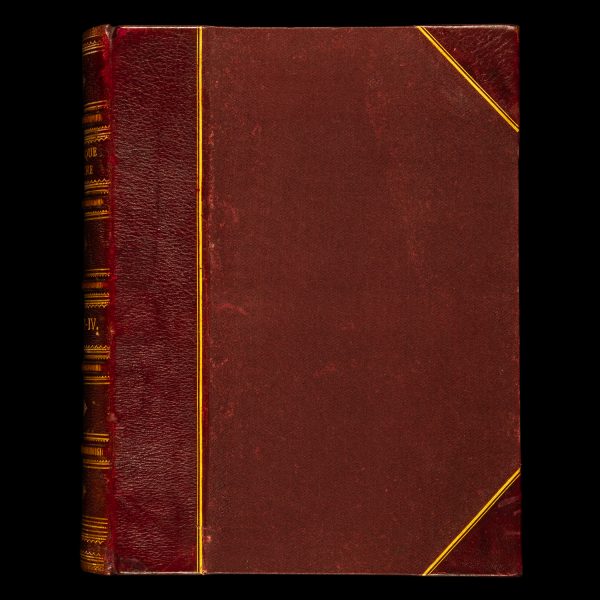 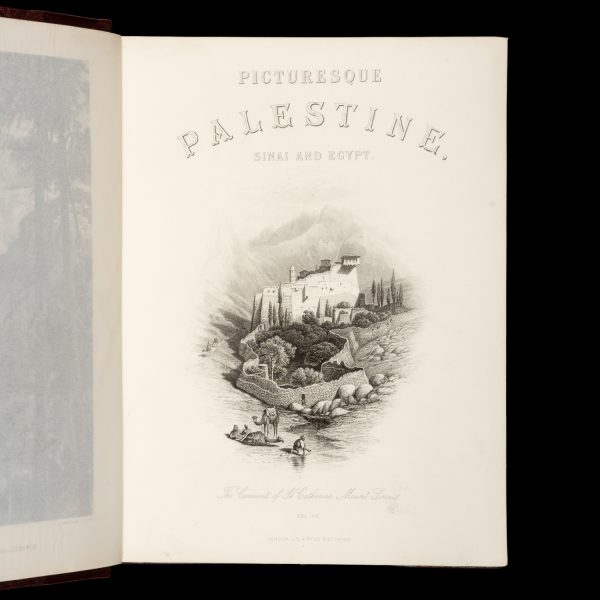 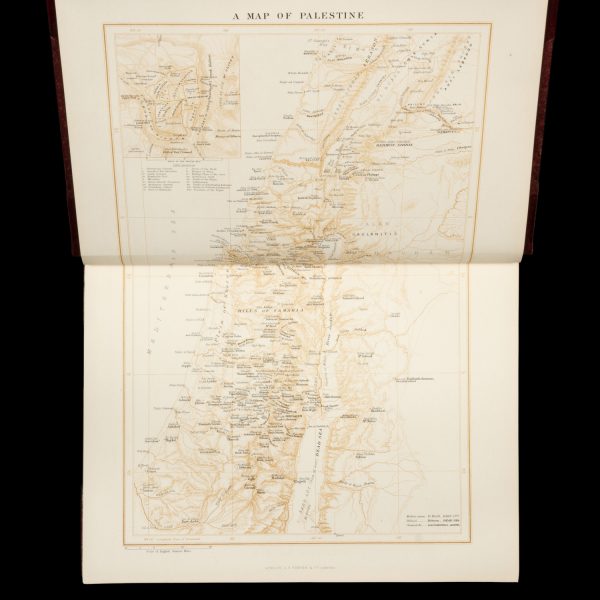 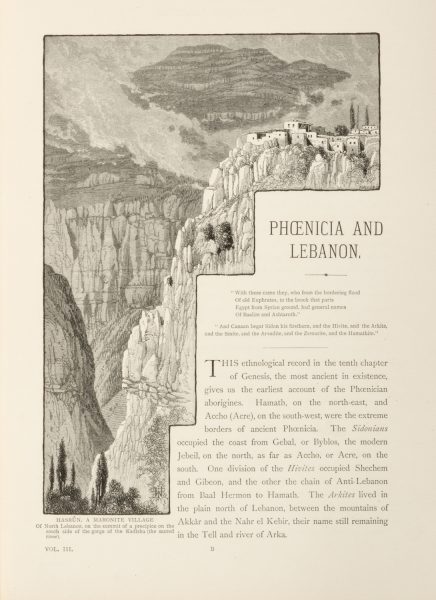 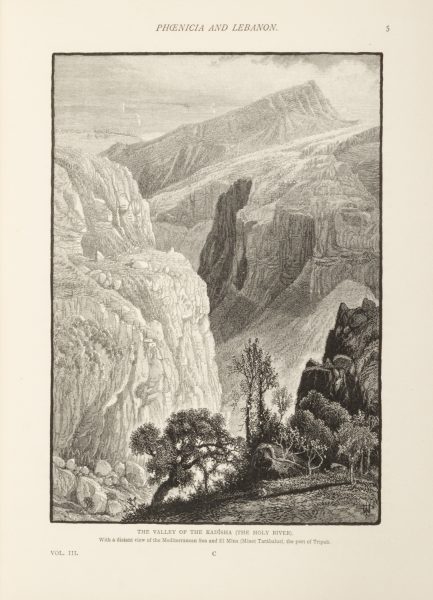 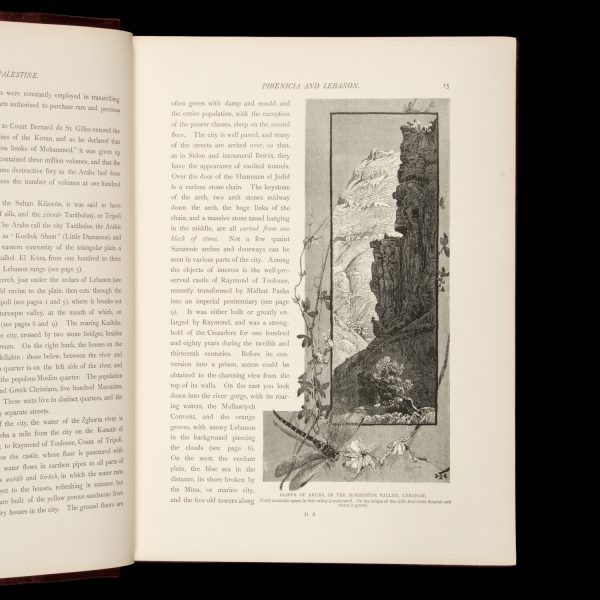 The lavishly illustrated Picturesque Palestine, Sinai, and Egypt is one of the most celebrated nineteenth-century travel books on the Holy Land and its immediate neighbours to the south and west. It describes and depicts the landscapes, antiquities, peoples and customs of these regions. It was first published in 1880-83 by D. Appleton & Co., New York, in a two-volume format which continued the firm’s phenomenally successful Picturesque America and Picturesque Europe series. Its editor was Colonel Charles William Wilson, of the Royal Engineers, who in the 1860s had led two important surveying expeditions: the Ordnance Survey of Palestine and the Palestine Exploration Fund Survey of Palestine. Published parallel to the Appleton series was the London edition of J. S. Virtue & Co., printed in four volumes (here bound in two).