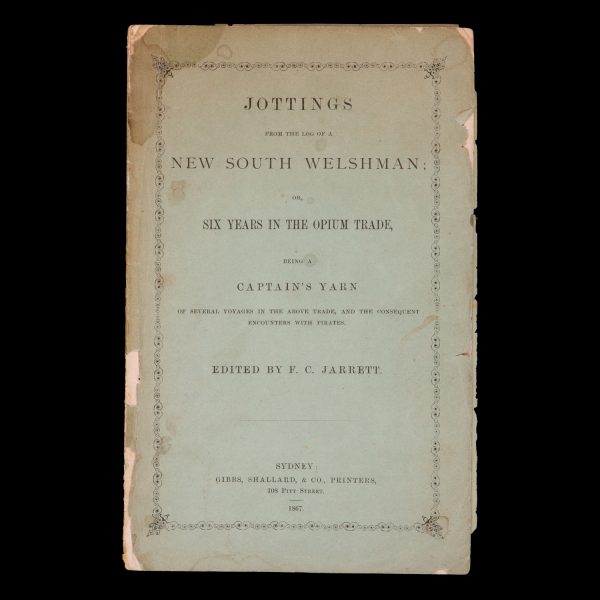 [PIRACY] Jottings from the log of a New South Welshman, or, Six years in the opium trade : being a captain’s yarn of several voyages in the above trade and the consequent encounters with pirates.

Important first-hand narrative by an Australian trader who commanded a number of vessels used in the China and Southeast Asia opium trade in the early 1860s, containing several blow-by-blow accounts of engagements with pirates in the South China Sea.

The preface is signed with a Hokkien pseudonym, “Sin Tauka”, the name of one of the vessels commanded by the anonymous author. The work has been attributed to J.S.V. Mein.