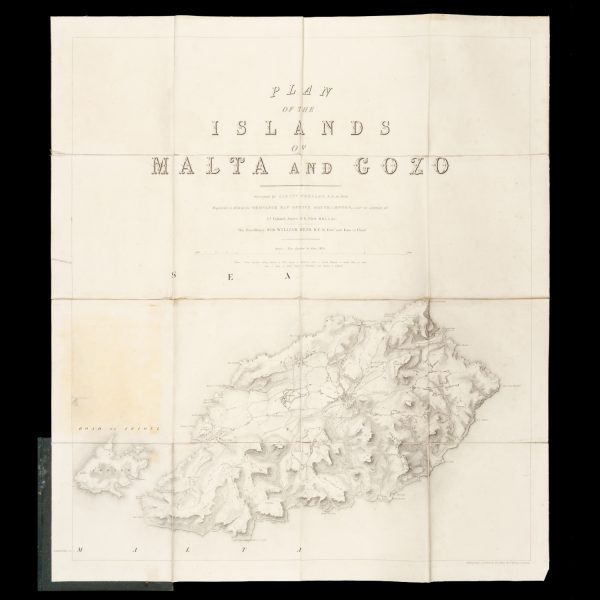 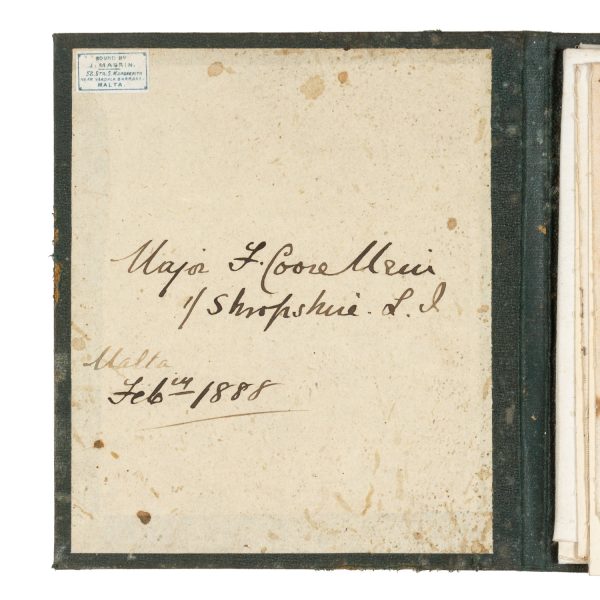 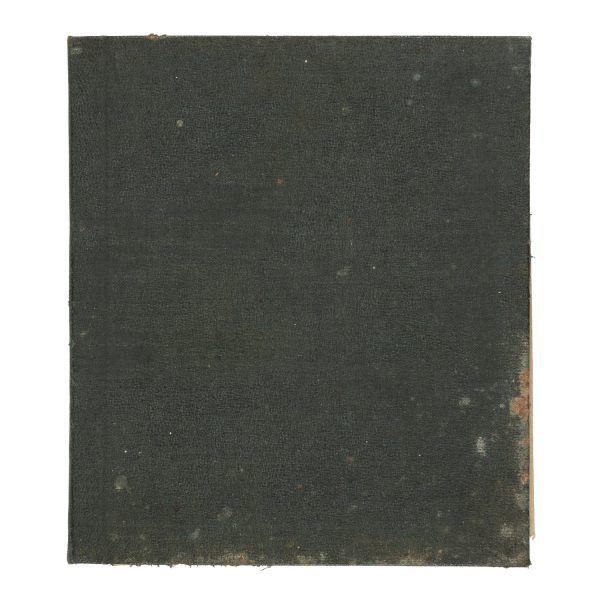 Plan of the Islands of Malta and Gozo

A fine, separately issued mid nineteenth-century map of Malta, with Maltese provenance and in a Maltese binding.

The 1st battalion of the King’s Shropshire Light Infantry was stationed in Egypt from 1882, and served with distinction in the Anglo-Egyptian War. The battalion was then transferred to Malta where it was stationed from 1883 to 1891. On 5 August, 1887, Major Coore Mein (1850-1905) lost his wife, Florence Katherine, to complications following the birth of their son, Owen. She is buried in the Ta’ Braxia Cemetery. Frederick had already lost his first wife, Jane Frend, by whom he had four children, at the age of just 26 in 1884. After retiring at the age of 40, Frederick married his third wife, Caroline Lavinia Calland, in London in 1892. He died in Taunton, Somerset in 1905.