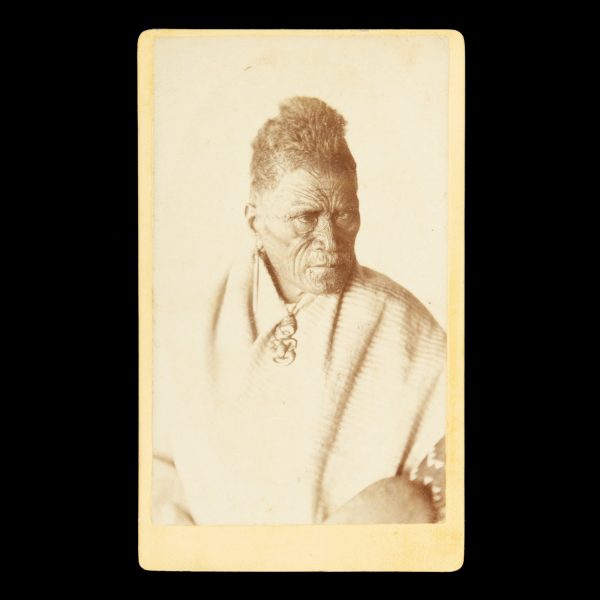 Tawhiao (1822-1894) was leader of the Waikato tribes. Following the British invasion and seizure of the Waikato in 1863, Tawhiao settled with his people further south in what is still referred to as the King Country. In an effort to regain his ancestral land he visited England in 1878, but was denied an audience with Queen Victoria, and his journey was in vain. During his later years, although still regarded as a king, he lost all political power.

This is one of the lesser-known, but most compelling studio portraits of Tawhiao. It shows in great detail the determination in his eyes, his full facial moko tattooing, and the hei tiki he wears around his neck.

Provenance: from a family photograph album compiled by a female member of the family of John Sperry (1829-1890), Lands Commissioner, who was the father of New Zealand artist Eleanor Kate Sperry (1862-1893).