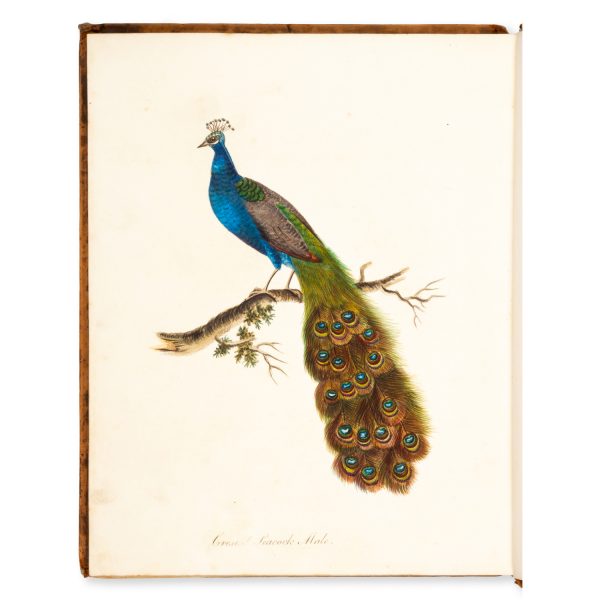 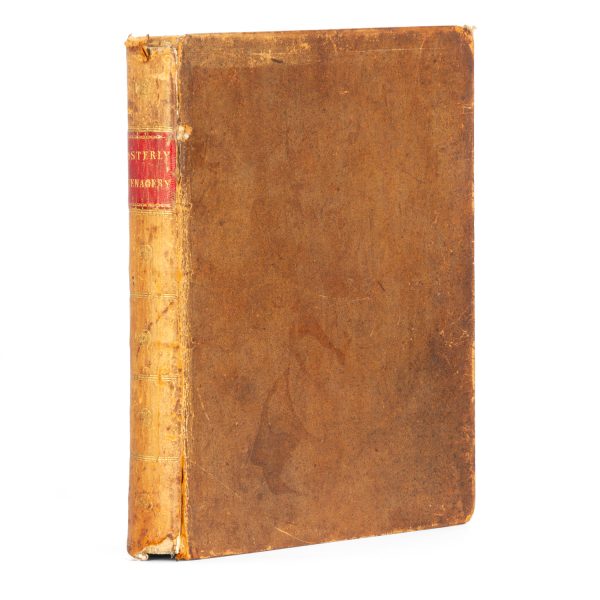 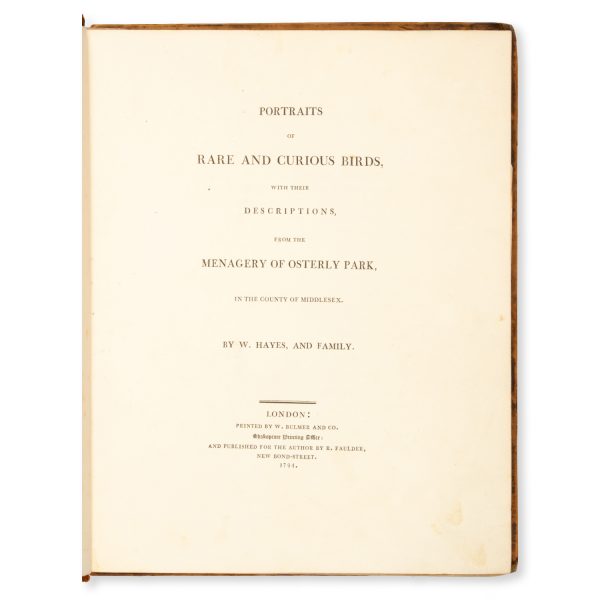 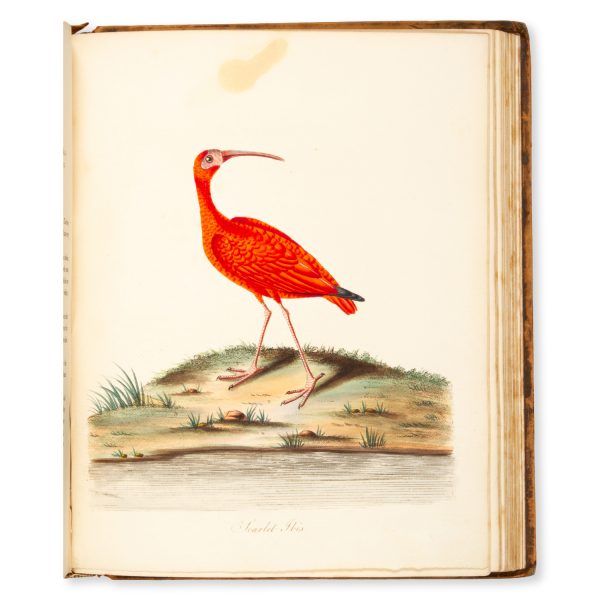 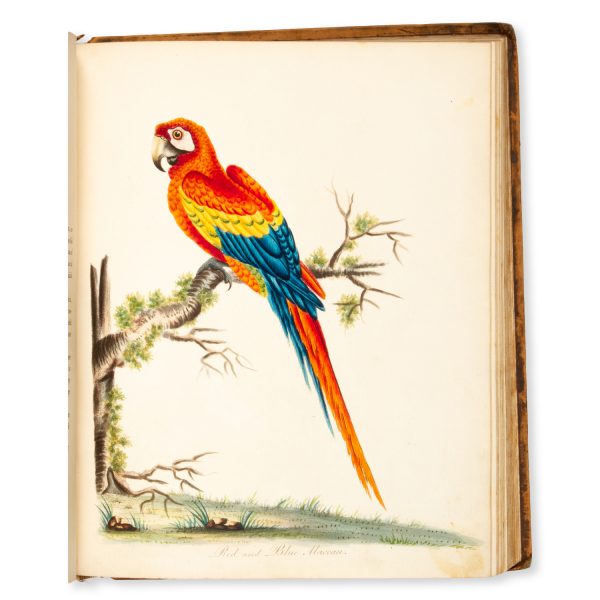 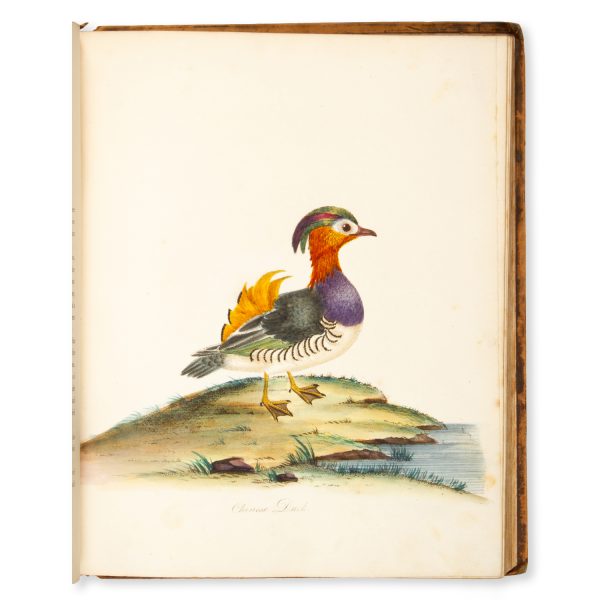 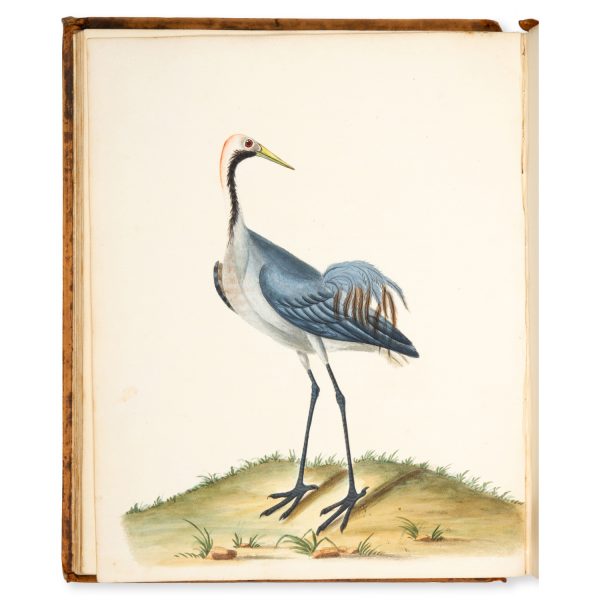 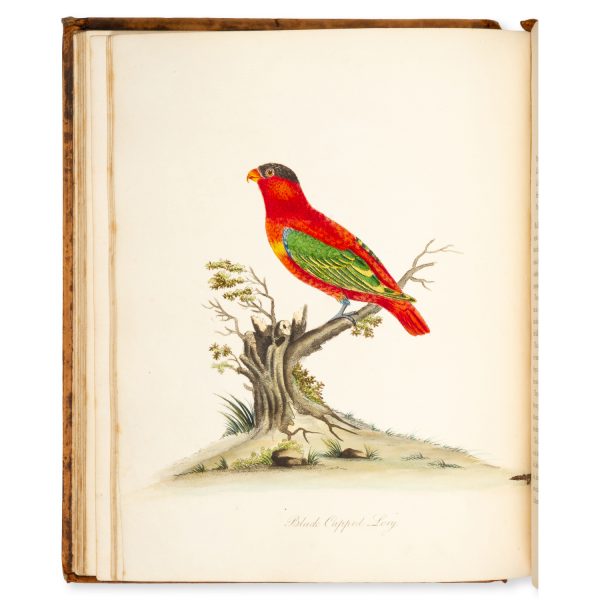 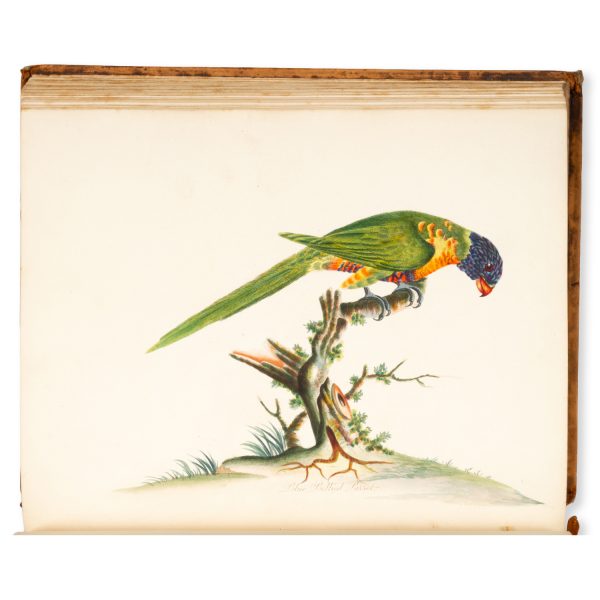 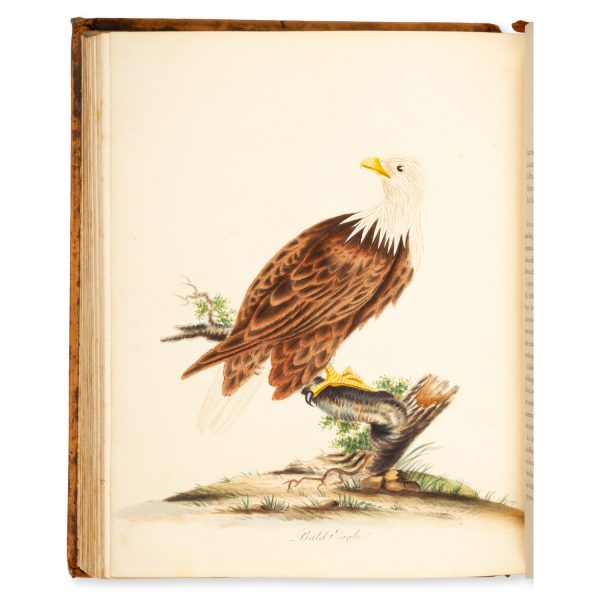 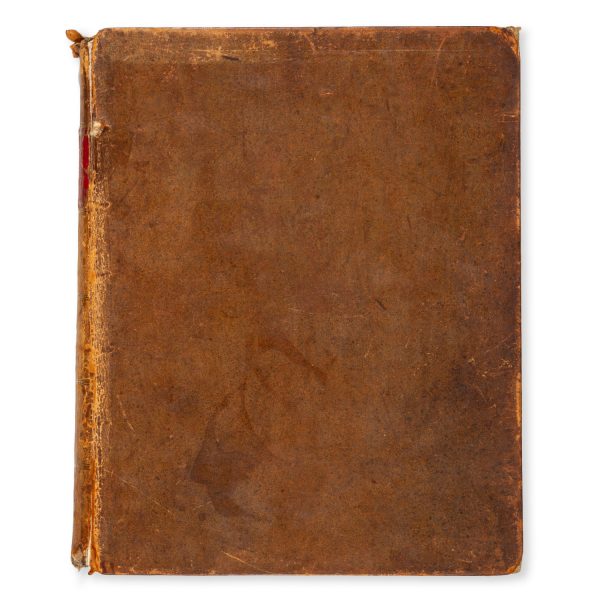 Portraits of rare and curious birds, with their descriptions from the Menagery of Osterley Park, in the county of Middlesex.

Hayes’ Portraits of rare and curious birds is the product of a commission by Robert Child and his wife of their extensive collection housed in aviaries and in open spaces in Osterley Park, west London. Due to the untimely death of his patrons, Hayes completed his work with the aid of his wife, Anne, and his six children Charles, William, Annette, Emily, Maria and Matilda, who hand coloured the thousands of engravings required for publication, in a number of instances individually signing their work.

The Childs’ collection included some truly exotic species, acquired through the family’s links to the East India Company, of which Robert’s uncle (also named Robert) was Chairman. The plates illustrate vultures from Africa, pheasants, quail and ducks from China, macaws from Brazil and parakeets from India. Sourced from farther afield are other rare specimens including a Black-Capped Lory and Great Red-Crested Cockatoo from New Guinea, the Blue-Headed Turtle from the South Sea Islands, and the Blue-Bellied Parrot and Nonpareil Parrot from Botany Bay, New Holland.

“One of the most famous, early coloured illustrations of ornithology” (Wood). “Hayes was the first author systematically to record a single private collection of live birds; such a project was not attempted again until 1846” (Jackson, Bird Etchings, p.135).