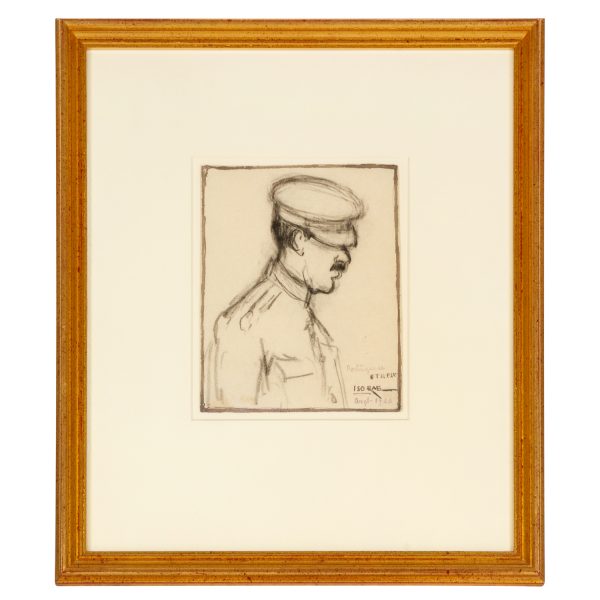 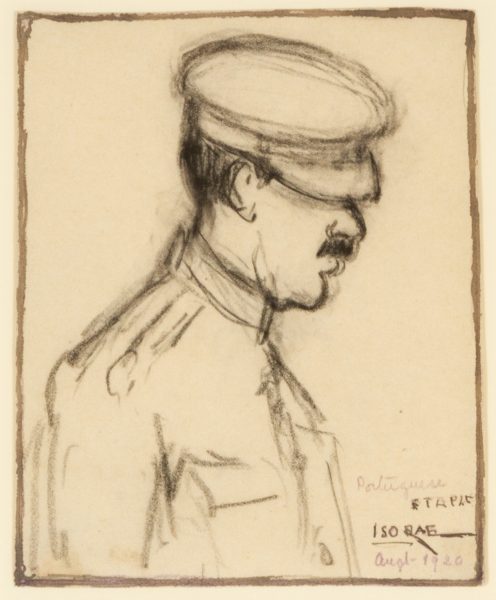 Iso Rae was born in Melbourne in 1860 and trained at the National Gallery School alongside fellow students Rupert Bunny and John Longstaff from 1877 to 1887. In 1887 she moved to Paris with her mother and sister, before settling in 1890 in the artists’ colony at the fishing village of Étaples. She was a long term resident in the village, painting with fellow Australians Hilda Rix Nicholas and Rupert Bunny, exhibiting works in Australia as well as Europe. When war broke out in 1914 a number of artists fled to England, however Rae remained in Étaples, becoming (along with Jessie Traill) the only Australian woman artist to document wartime in France. Despite this, she was not selected as one of the sixteen official Australian War Artists during the First World War, in fact when assembled in 1918, no woman was represented in that group.

Since then, her work has been collected by a number of Australian museums, including the Australian War Memorial. Curator Betty Snowden observes:

‘In her drawings she uses black outlines filled with flat areas of colour, a post-impressionist technique reminiscent of some of the French poster artists of the late nineteenth century…The regular patterning of men, tents and buildings in many of the works suggests the control that was imposed by the vast machine of men and modern war. In many drawings there is a strong sense of waiting: waiting to move into battle, waiting for the war to end, waiting to be sent home.’ Betty Snowden, “Iso Rae in Étaples: another perspective of war”. Australian War Memorial. p. 37 https://www.awm.gov.au/sites/default/files/121426/files/isorae0.pdf

Intimate and direct, Iso Rae’s works rarely appear in the market, and are first hand impressions from an Australian woman of daily camp life during the First World War.