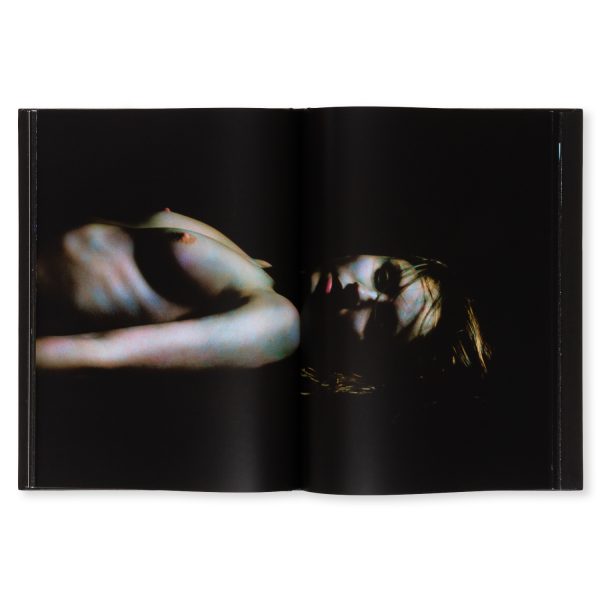 Principio erat (Artist’s edition A) is housed in a black lettered fawn clamshell box, and accompanied by an additional larger format original signed Bill Henson photograph of a standing nude girl, 256 x 172 mm (image). The cover of the Principio erat (Artist’s edition A) is the same as the standard edition (A), and also contains the smaller signed photograph of the girl reclining.