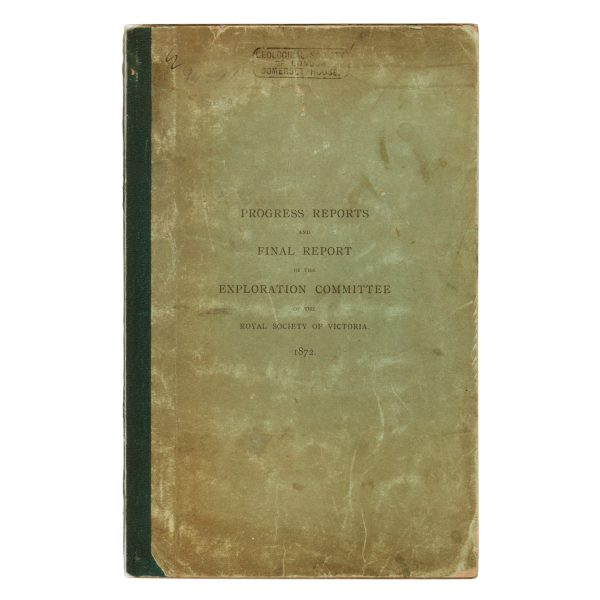 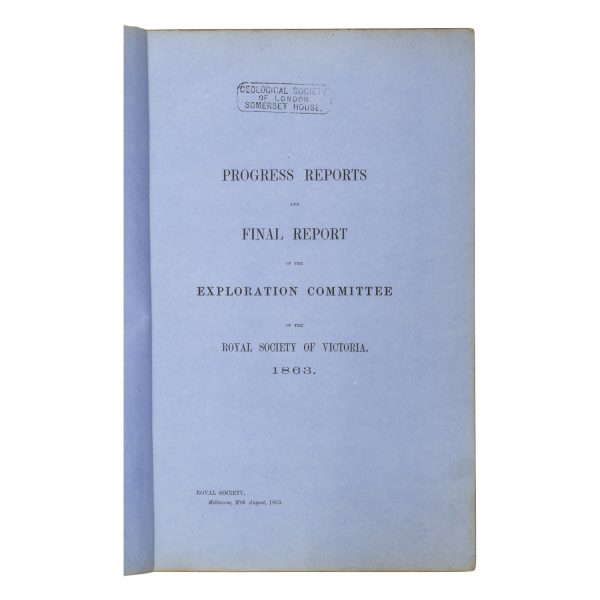 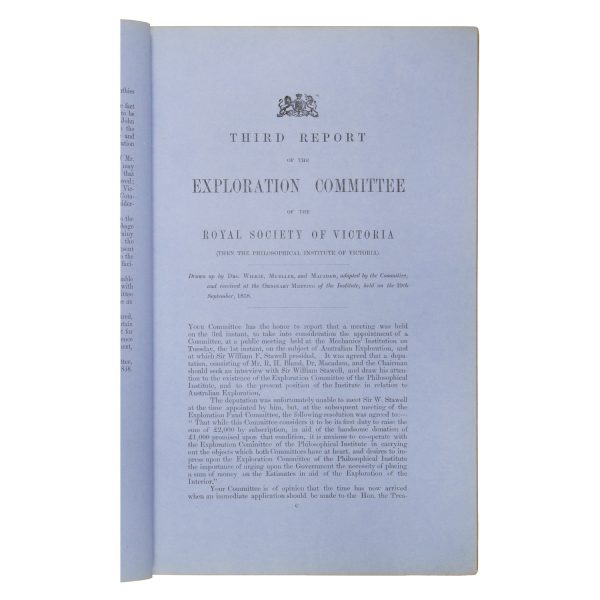 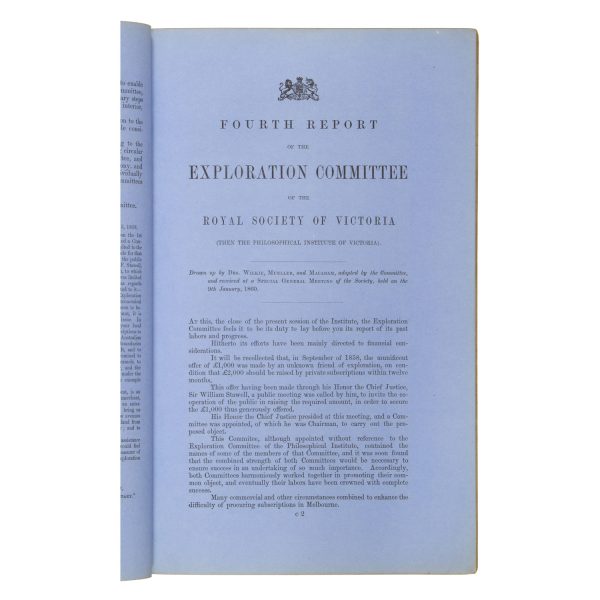 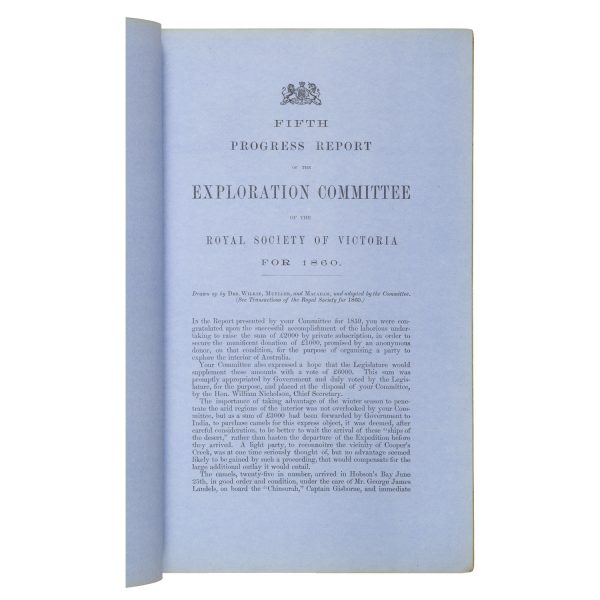 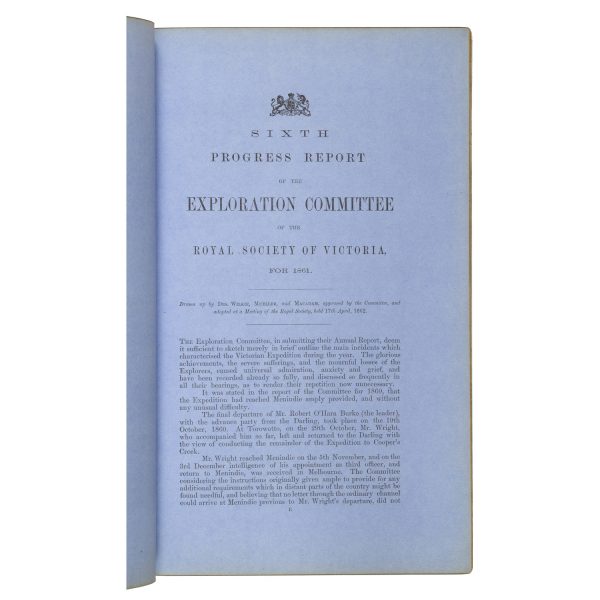 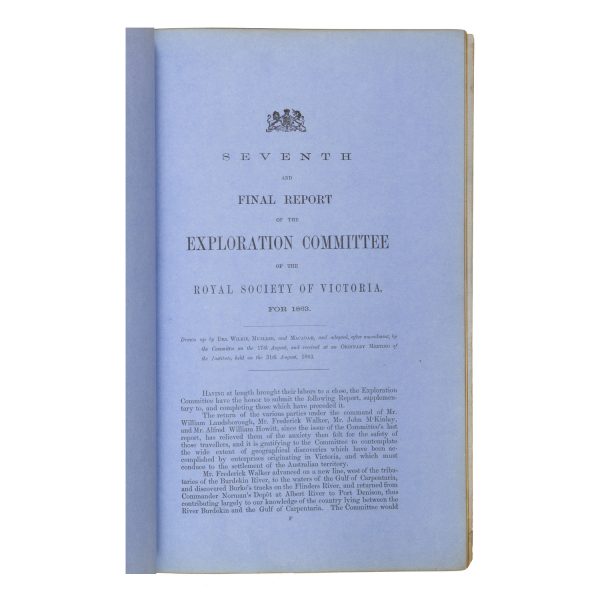 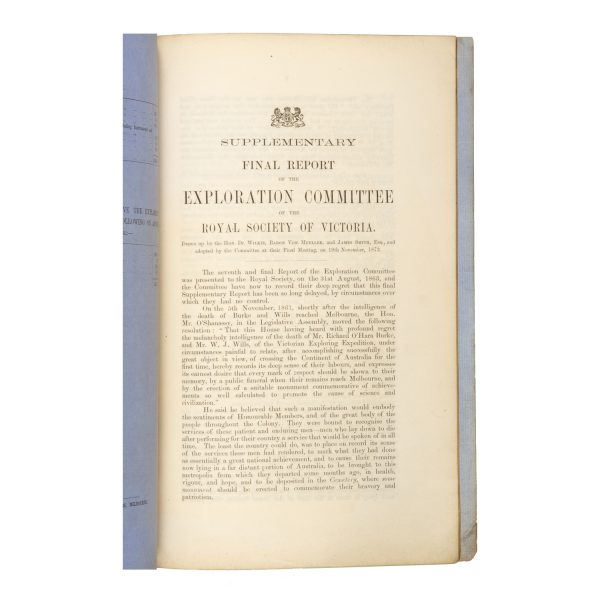 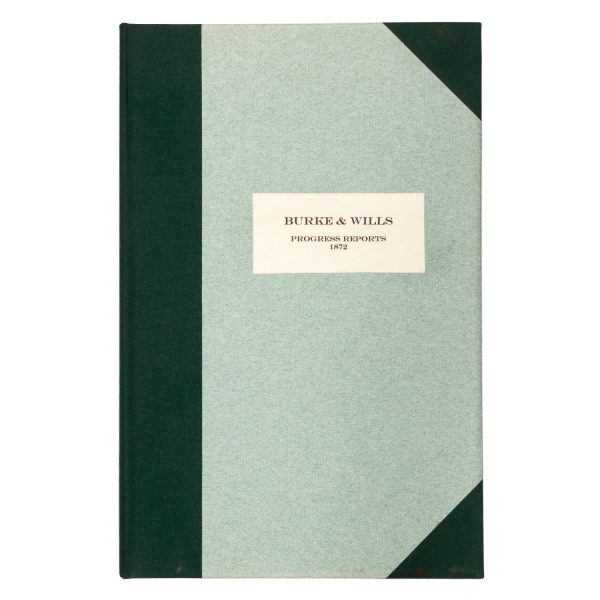 Progress Reports and Final Report of the Exploration Committee.

Melbourne : Royal Society of Victoria, [1863-73]. Small folio (315 x 200 mm), original printed papered limp boards (scuffed and marked) with cloth back strip; pp. [vi], 8, 4, 2, 6, 4, 4, 8, 6, 6, 8 (all on blue paper) + 16 (last leaf blank) on white; complete, with all of the reports in superb condition; deaccessioned from the Geological Society of London at Somerset House, with old collection wet stamp to upper board and printed label with Withdrawn stamps to front pastedown; hinges strengthened with archival tape; housed in a custom clamshell box.

The very rare 1873 collective issue of the Royal Society reports – including the Supplementary Final Report – which comprises the complete official record of the Victorian Exploring Expedition, otherwise known as the Burke and Wills expedition. The Royal Society of Victoria organised the ill-fated expedition, and was also responsible for mounting the search expeditions that followed.

All of the bindings in this collective issue were incorrectly dated 1872 (instead of 1873). The first 8 Reports (numbers 1-7 and a Special Report for 1859) had already been published in collected form in 1863. In 1873, when the Final Report had been written, it was published in an edition of about 200 copies bound up in one volume with the remaining copies of the 1863 printing.

Copies of the 1873 collective issue were earmarked for distribution to institutions within the Colony and overseas; for this reason, it is a genuine rarity on the market.