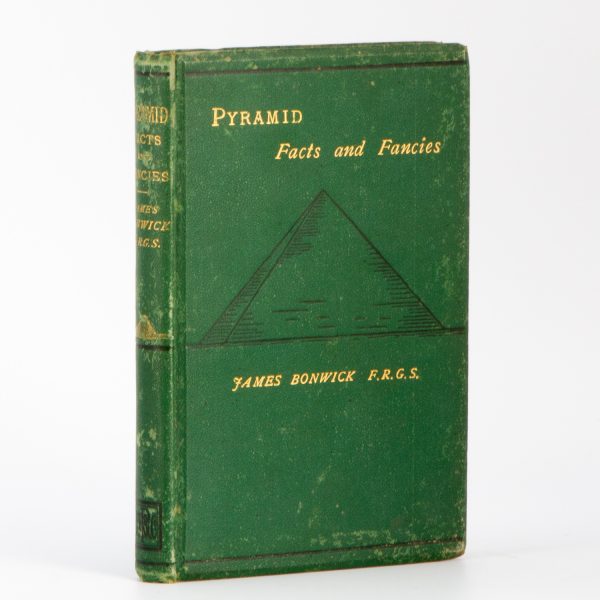 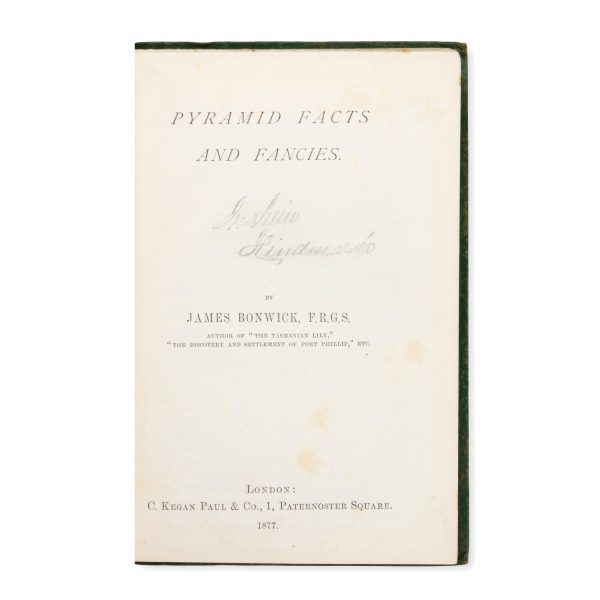 Historian, writer and teacher James Bonwick arrived in Hobart from England in 1841. After teaching there and later in Adelaide he moved to Victoria at the height of the gold rush in 1852, initially publishing the Australian Gold Digger’s Monthly Magazine in Melbourne. Although he went on to work in the colonial education system and indeed to open two of his own schools in Melbourne, Bonwick’s chief legacy is the body of research and published works for which he was responsible on the history of Tasmania, Port Phillip and New South Wales.

This volume, written once Bonwick had returned to England, demonstrates Bonwick’s intellectual interest in ancient Egypt and the Great Pyramid.