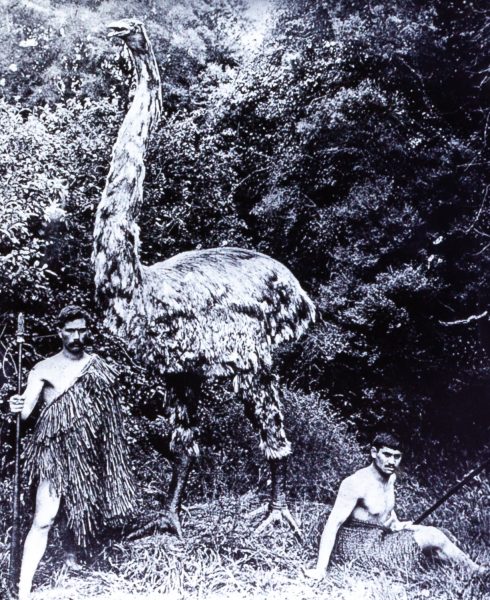 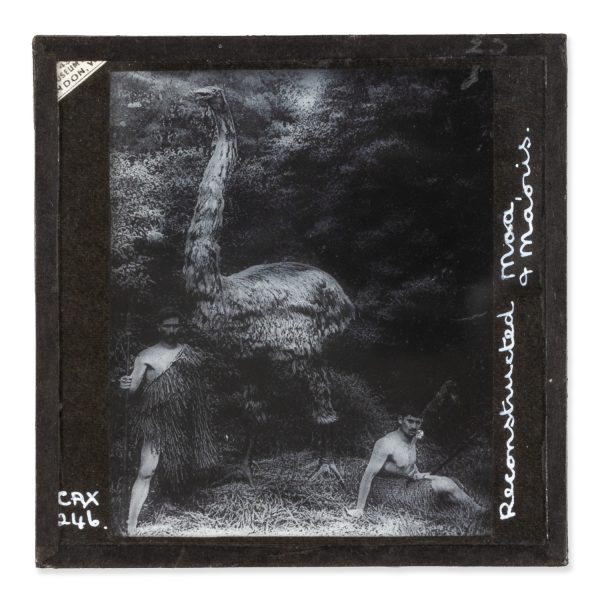 This extraordinary image is one of a series of photographs taken by local photographer Guy Clayton Morris (1868-1918) in the Dunedin Botanic Garden in 1899, which depict a mock moa hunt. The “moa” pictured was reconstructed from a skeleton by Augustus Hamilton, registrar of Otago University. Hamilton persuaded Te Rani Hiroa (Sir Peter Buck, standing at left), missionary Koroneho Himi Papakakura (seated at right) and medical student Tutere Wirepa to pose with the recreated moa in a series of tableaux that would attempt to portray what a moa hunt may have looked like. (National Library of New Zealand)