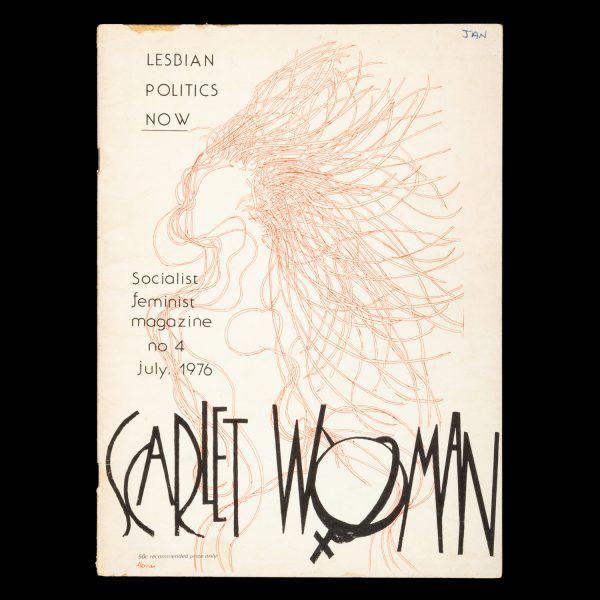 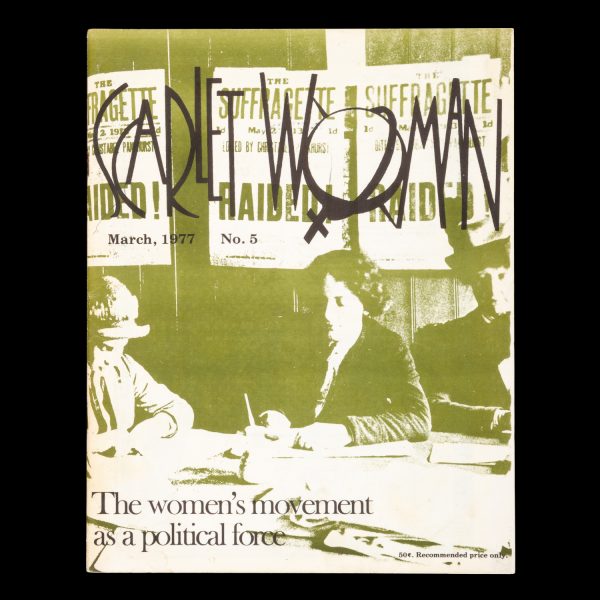 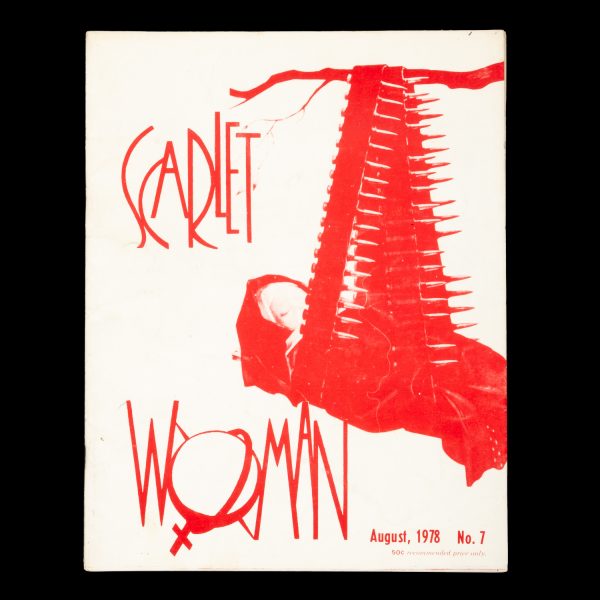 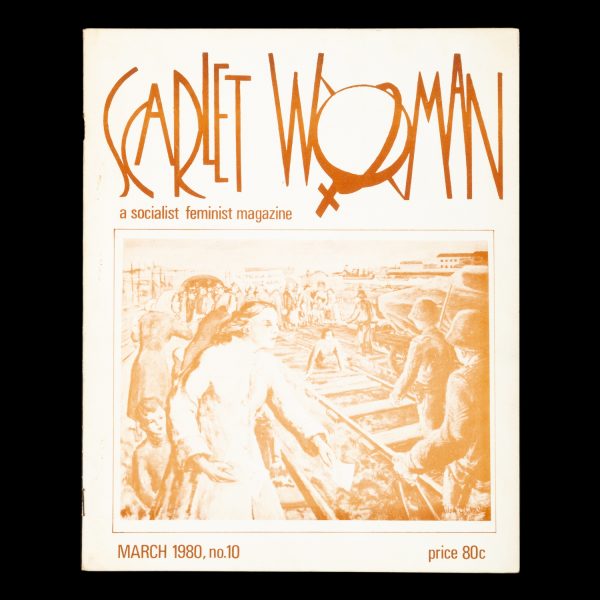 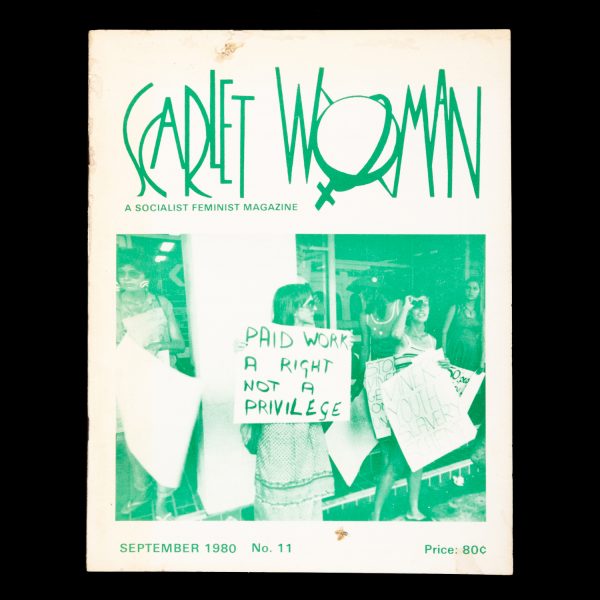 A broken run of this feminist socialist quarterly magazine, with articles about political, legal and social reform. It includes the issue dedicated to lesbian issues (July 1976).

The idea for a socialist feminist magazine was first mooted at the National Women’s Conference on Feminism and Socialism held at Melbourne Uni on 5 – 6 October 1974. The first issue of Scarlet Woman, a socialist feminist magazine, was published by the Sydney SW Collective in April 1975. The SW was initially produced as a quarterly with the Sydney Collective and the Melbourne Collective taking responsibility for alternative issues.

The first issue included articles such as: It Was Fight or Go Under by Joyce Stevens, Women in East Timor by Jill Jolliffe and Women in Vietnam by Martha Kay. The second issue was produced in Melbourne and came out in September and included articles on the Equal Pay Farce of ‘72 by Sylvie, the Melbourne Women’s Health Collective, Making it Without Money, and Half Way Where? by Dianne about the Melbourne Women’s Liberation Halfway House.

The (almost) obligatory lesbian issue, produced by the Melbourne SW Collective, came out in July 1976. There were articles on Lesbian Novels – Why Read Them? by Jenny Pausacker and on Bars, Ghettos and Dykes by Dianne Otto, an interview with Those Shameless Hussies and Movement News from Perth, Melbourne and Sydney amongst other things. The tenth anniversary issue no 19 Spring 1984, was again produced by the Melbourne Collective with articles including SF’84 – The Long Haul by Sue Jackson and What’s new? feminist readings by Gillie Gough.

The two SW Collectives continued to produce Scarlet Woman on a regular basis for twelve years during which time the magazine documented many of the changes in the WLM and in society generally as well as providing an essential forum for socialist feminist articles, ideas, theories and actions. The final SW issue number 27 came out in 1992.