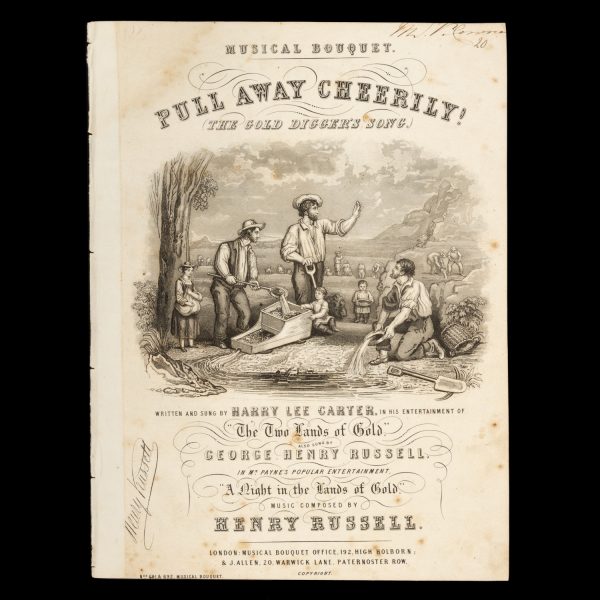 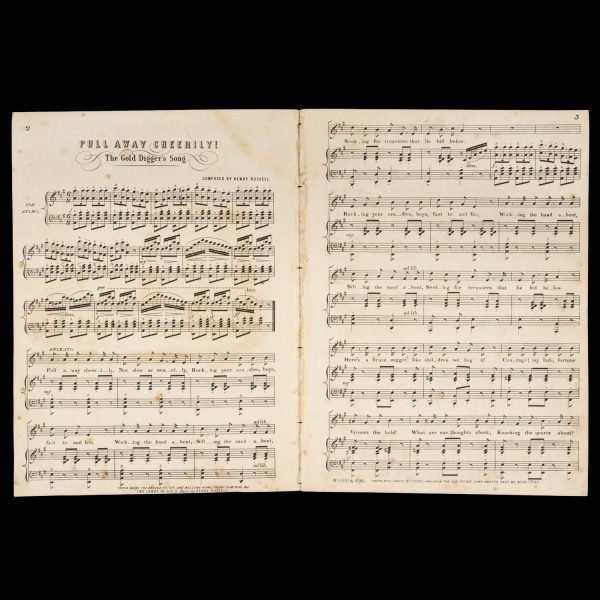 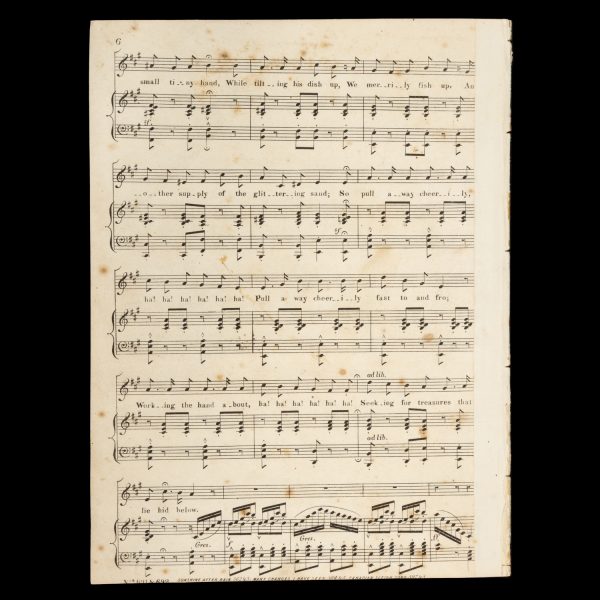 In May 1853 Harry Lee Carter opened his musical and panoramic entertainment at the Marionette Theatre in London’s Strand, Two Lands Of Gold; or, The Australian and Californian Directory for 1853.

During 1854 and 1855, George Payne’s entertainment A Night in the Lands of Gold : being a Panoramic tour of America, California, and Australia, Interspersed with a variety of Henry Russell’s most admired Songs was exhibited at the Linwood Gallery in Savile House, nos. 5-6, Leicester Square. It was one of the most popular of London’s many and ever-changing temporary attractions of the period.

The sheet music offered here contains the score for the music – composed by Henry Russell and with words by Harry Lee Carter – which accompanied both Carter’s 1853 diorama and Payne’s 1854-55 panoramic spectacle.

The Musical Bouquet series commenced around 1846 and was a collaboration between publishers James Bingley and William Strange. Its business premises were at 192 High Holborn. By 1850, Chas. Sheard had replaced Strange and taken over Bingley’s investment. Under Sheard’s control, the Musical Bouquet continued up until 1899, by which time it had published almost 9000 pieces of music.