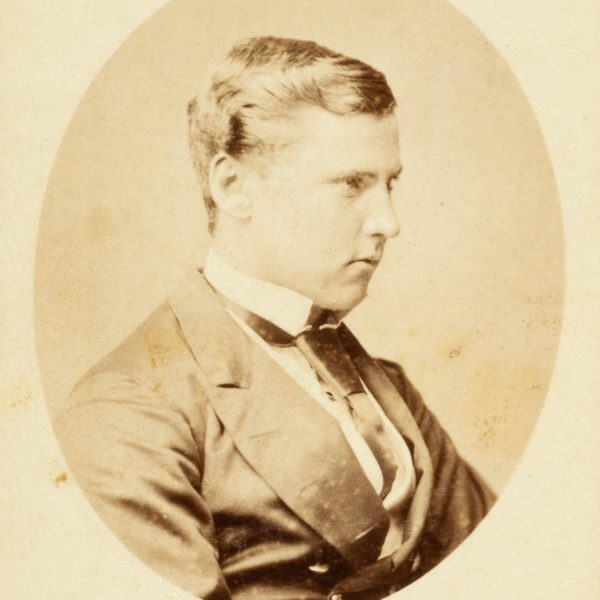 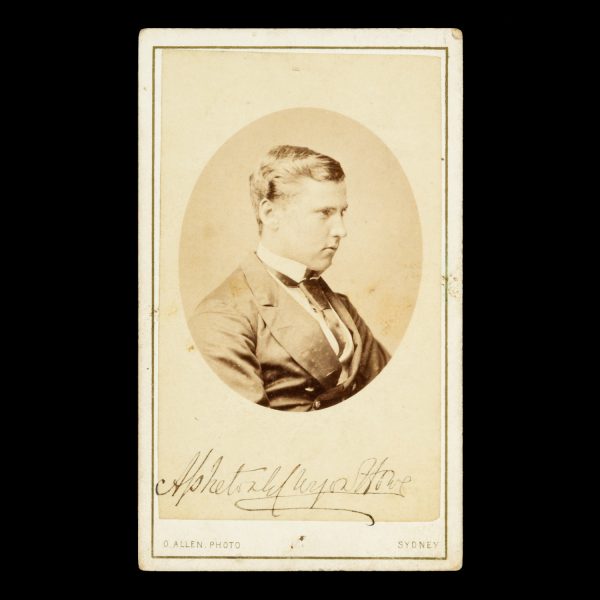 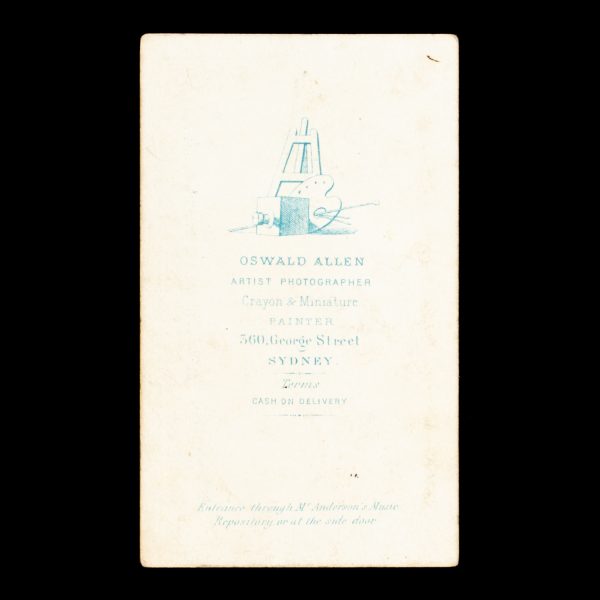 Admiral Sir Assheton Gore Curzon-Howe, KCB, CMG, CVO (1850-1911) was the great-grandson of Admiral Richard Howe, 1st Earl Howe. He entered the Royal Navy in 1863. From 1868 to 1871 he was a junior officer on board the royal yacht HMS Galatea, during Prince Alfred, the Duke of Edinburgh’s round the world voyage which included his visit to the Australian colonies in 1867-68 – the first by a member of the royal family.

This signed portrait of Curzon-Howe was taken in Oswald Allen’s George Street studio, situated just south of Park Street, probably in late January 1868, soon after the Galatea‘s arrival in Sydney.

We have not been able to locate any other surviving example of this carte de visite – signed or unsigned.

‘… after two months at the Cape, the Galatea reached Adelaide on 31 October 1867 to commence the first royal tour of Australia. After three uneventful weeks in South Australia, the duke moved on to Melbourne where a shooting incident between Orange and Catholic factions and a riot due to inept handling of a free public banquet marred the generally enthusiastic atmosphere. He then visited Tasmania and arrived in Sydney on 21 January 1868. After a month of festivities he spent a week in Brisbane and returned to Sydney. Despite rumours of sectarian strife, he attended a picnic at Clontarf on 12 March where an Irishman, Henry James O’Farrell, succeeded in wounding him seriously. In a frenzy of outraged patriotism the New South Wales government sought unsuccessfully to uncover a conspiracy and, overruling the duke’s eminently sensible proposal to refer the sentence on O’Farrell to the Queen, refused to recommend clemency. O’Farrell was hanged on 21 April and the duke who had recovered completely by 26 March left for England on 26 June.’