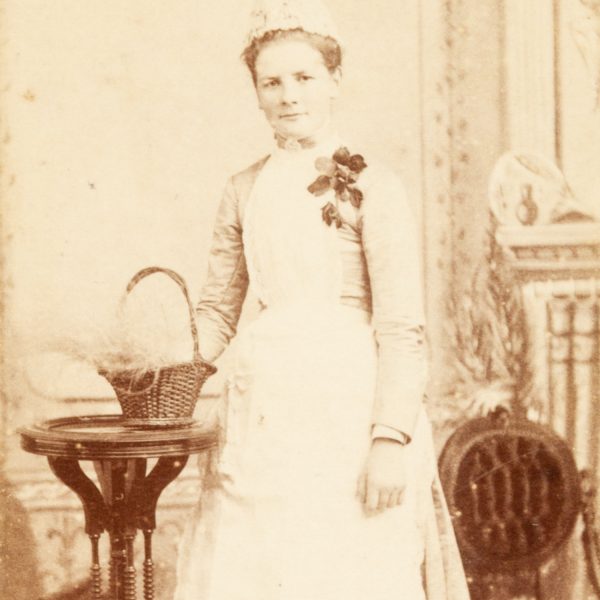 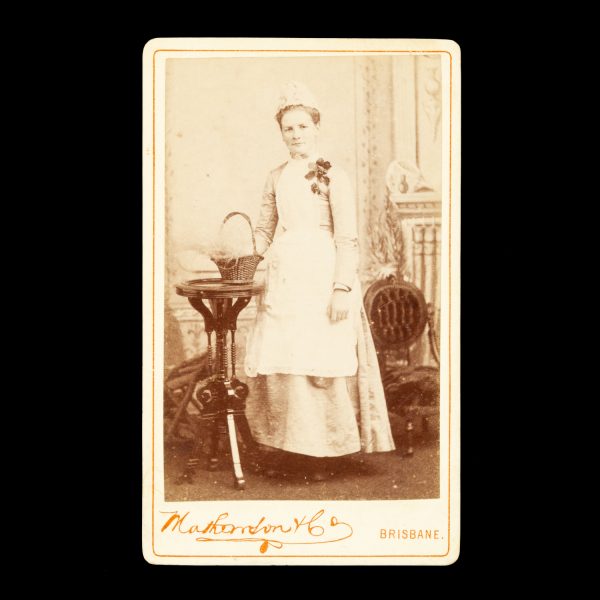 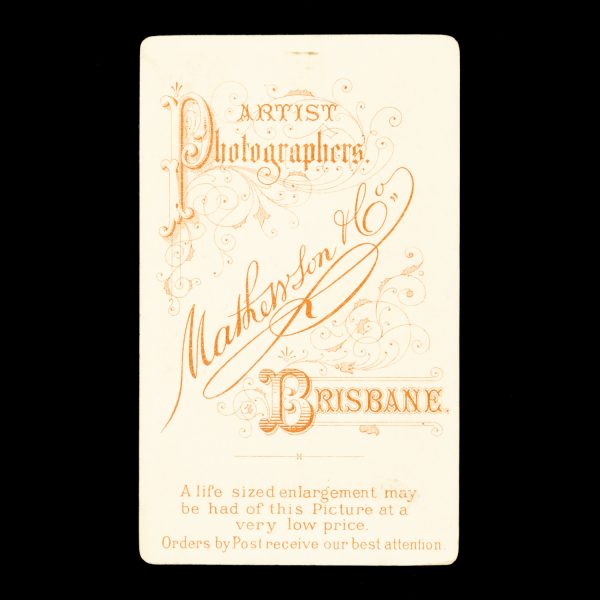 Studio portrait of a female domestic servant, Brisbane, circa 1880.

Scottish-born Thomas Mathewson was orphaned shortly after his family arrived at Moreton Bay in 1853; he was taught photography by Rev. Theophilus Beazeley in Ipswich, and started a career as a professional photographer in Toowoomba in 1861. After working in Gympie, Rockhampton, Charters Towers, Bowen and Townsville in the 1860s and early 1870s, he opened premises in Brisbane at the start of 1876. Later in that year, Thomas was joined in the business by his brother Peter, and the new partnership meant that the studio name was changed from Mathewson to Mathewson & Co.