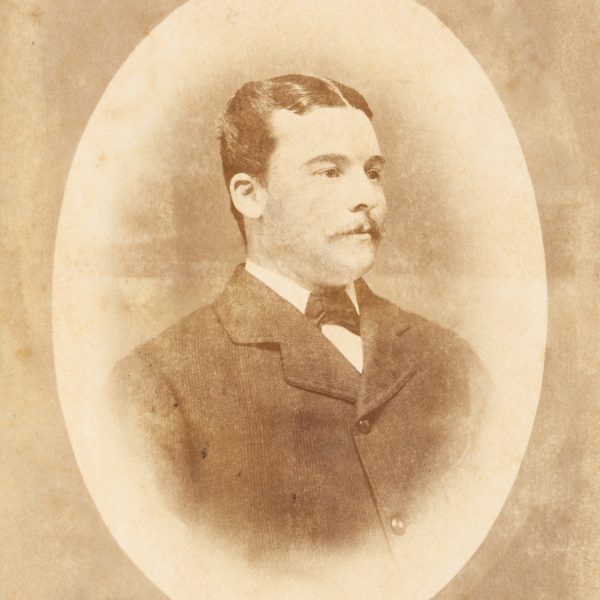 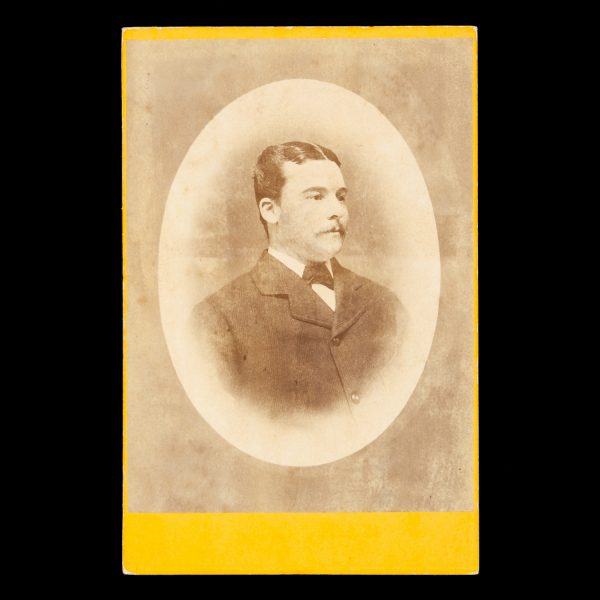 Studio portrait of a gentleman self-identified as Mr. Rowland. Shanghai, China, circa 1900.

Albumen print photograph, cabinet card format, 165 x 112 mm (mount), verso with wet-stamped studio imprint of ‘YING CHEONG, Artist and Photographer, Miniature Painter on Ivory and Canvas. Studio Canton Road, Opposite to Messrs. Mustard & Co. SHANGHAI’, with the studio name in Chinese lettering below, and with a fully contemporary inscription in ink made by the sitter, to ‘Miss Biddulph, with [Ted?] Rowland’s Compts.’; the print is a little rubbed and slightly pale, but is otherwise in very good condition, as is the mount.

According to Bennett, ‘Ying Cheong seems to have started his business in Shanghai in the 1870s. On 15th July 1876 the North China Herald and Supreme Court & Consular Gazette reported a court action in which Ying was successful in claiming unpaid fees for photographs … This studio must have been successful, since it was still being advertised thirty years later in the 1906 Rosenstock’s Shanghai Directory, at 1 Canton Road.‘ (Bennett, Terry. History of photography in China : Chinese photographers 1844-1879. London : Quaritch, 2013, III, 136).