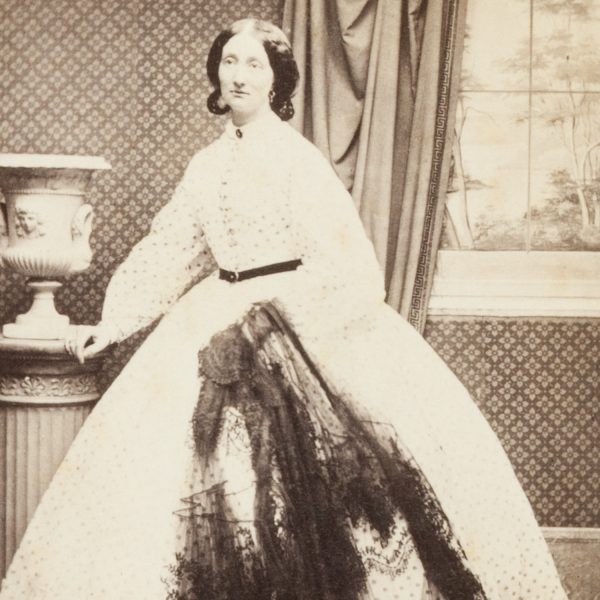 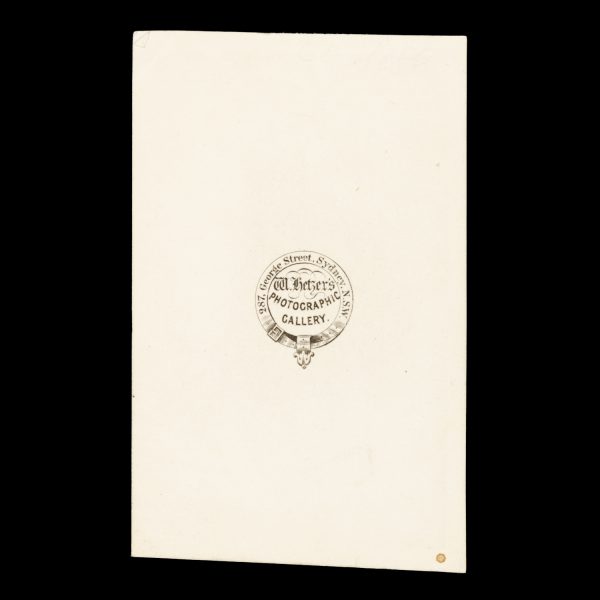 In 1850 the German-born photographer William Hetzer and his wife Thekla arrived in Sydney, where they immediately set up a photographic studio at 15 Hunter Street. Hetzer initially specialised in calotypes (salt prints) but soon adopted the new collodion based positive/negative processes, the ambrotype and the albumen print, which appeared in the early and mid 1850s, respectively. Between 1858 and 1863 Hetzer produced several series of stereoscopic albumen views of Sydney and the surrounding region; the first of these sets of stereoviews were among the earliest outdoor photographs taken in the Sydney region. In late 1860, Hetzer was the first photographer in the colonies to successfully market the carte de visite portrait.

The Hetzers’ studio was located at 287 George Street between 1859 and 1867; this fine carte de visite portrait of a wealthy Sydney lady wearing a polka dot dress and holding a lace shawl was probably taken in the middle part of this period.