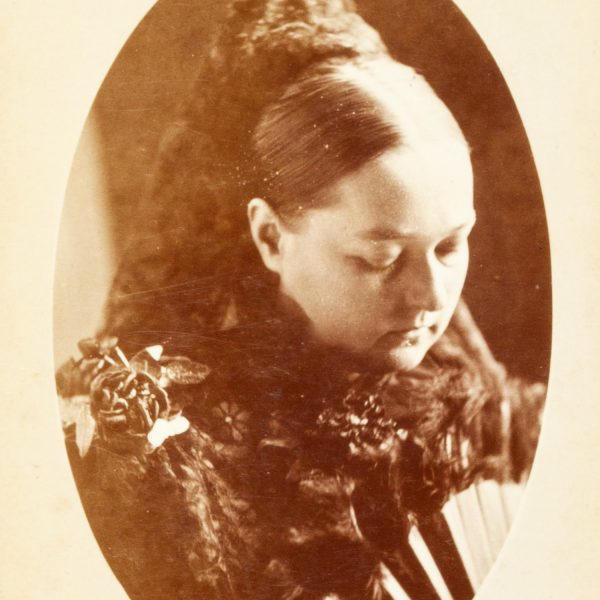 Studio portrait of a lady with fan. Adelaide, circa 1880.

This beautifully composed and lit studio portrait by John Hood is a good example of the photographer’s artistic sensibility. Hood regarded himself first and foremost as a painter (as evidenced by the wording on his carte de visite back mark). He had worked as an artist and retoucher for the London photographic firm of Elliott and Fry before accepting a contract to work as a colourist for the renowned American-born Adelaide photographer, Townsend Duryea. Hood arrived in Adelaide in 1863. He later branched out on his own as a photographer, operating studios in Glenelg and later North Adelaide, before moving to Sydney around 1893.