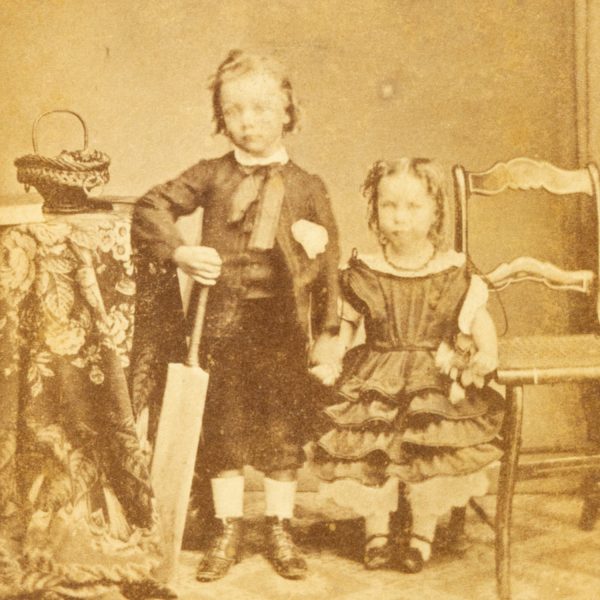 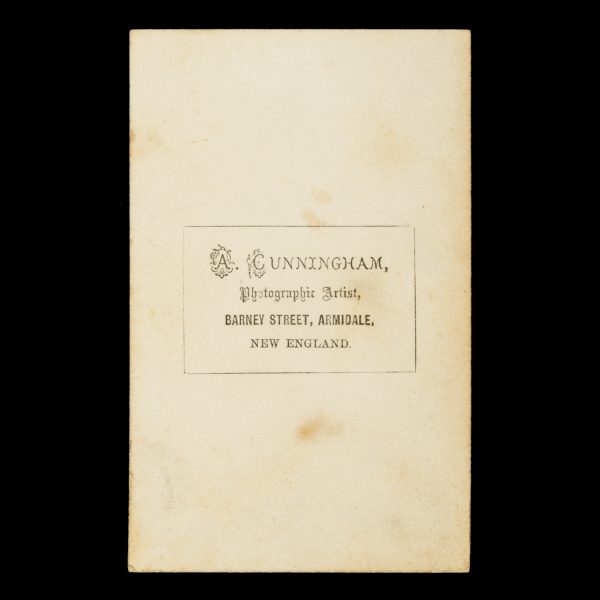 Pioneer New England photographer Andrew Cunningham is probably best known for his 1870 carte de visite photograph of the bullet-ridden cadaver of Frederick Ward, aka the bushranger Captain Thunderbolt. Whereas Thunderbolt’s corpse was an easy subject for Cunningham in that it could not move while the photograph was being taken (and thus spoil the image), unfortunately the young boy in this studio shot fidgeted at precisely the wrong moment, resulting in the slight blurring of his head and necktie and his hand, which clasps that of his little sister.