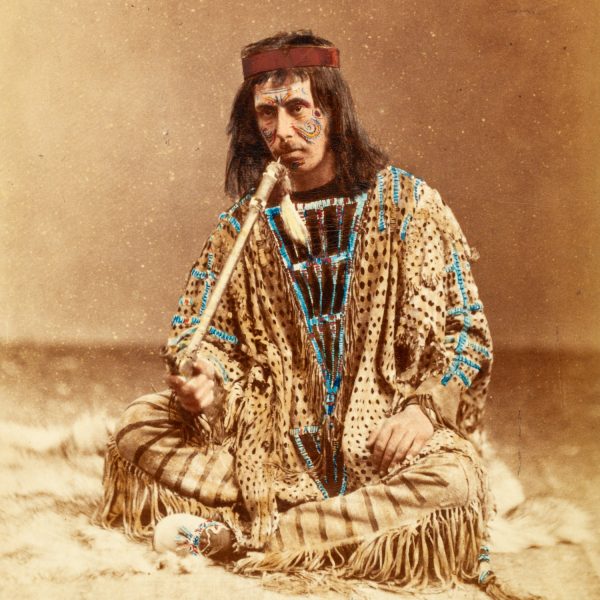 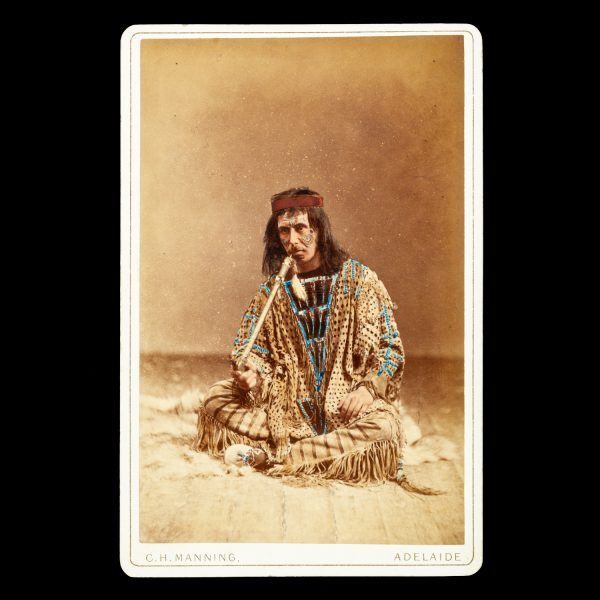 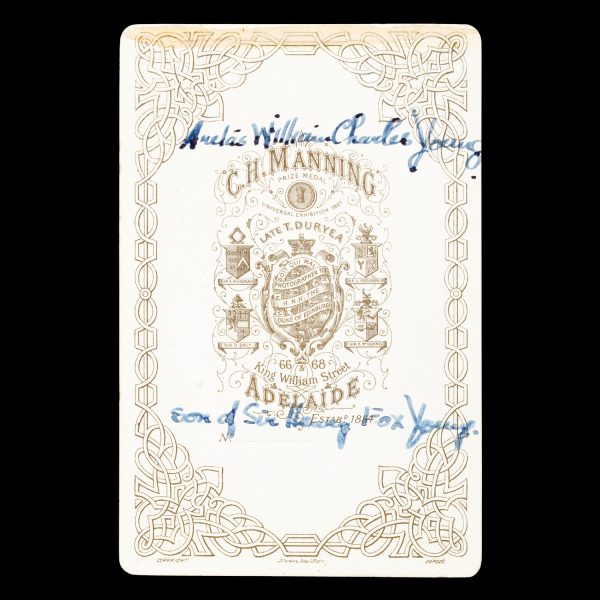 Aretas William Charles Young (1848-1933) was the son of Sir Henry Fox Young, who had served as Governor of South Australia, 1848-54, and Augusta Sophia Marryat. His mother was the niece of the novelist Captain Frederick Marryat, and sister of Charles Marryat, Dean of Adelaide (1887-1906). His maternal grandmother was Caroline Short, sister of Augustus Short, the first Anglican bishop of Adelaide.

The reason for Aretas Young, who was a prominent Adelaide barrister, being photographed in Native American costume complete with war paint and smoking pipe, is unclear. The most likely explanations would be that the costume was for either an amateur theatre production or a fancy dress ball.

A wonderful portrait, of which we can trace no other example.